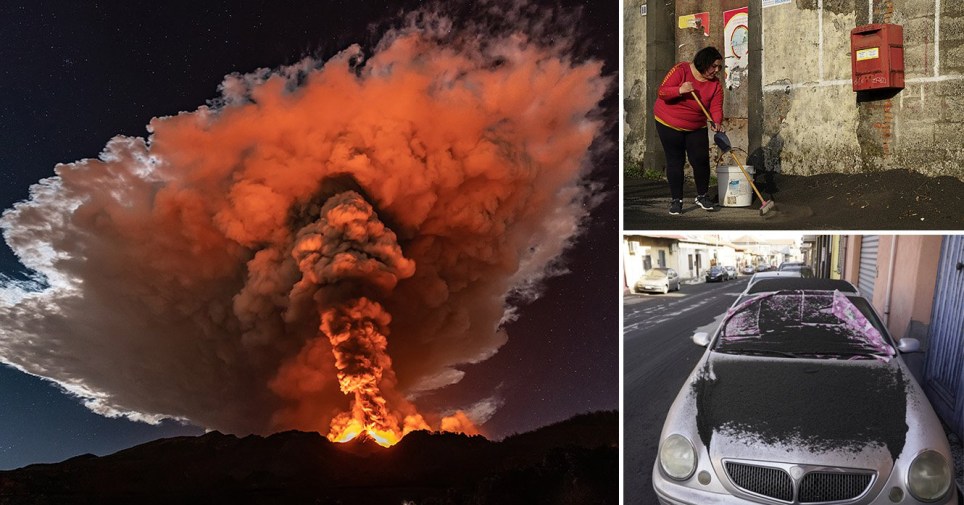 Mount Etna, the largest and most active volcano in Europe, has been spewing ash and lava in a series of dramatic eruptions.

While the eruptions haven’t led to any injury or loss of life, they have made things miserable for surrounding residents.

A rain of volcanic ash has fallen on the nearby villages of Giarre, Fornazzo and Catania in Sicily, Italy.

Locals have had to grab their brooms and sweep layers of volcanic ash from their streets, houses and cars.

The gigantic eruptions have been carrying on for over a week with plumes of smoke reaching 10km into the sky. 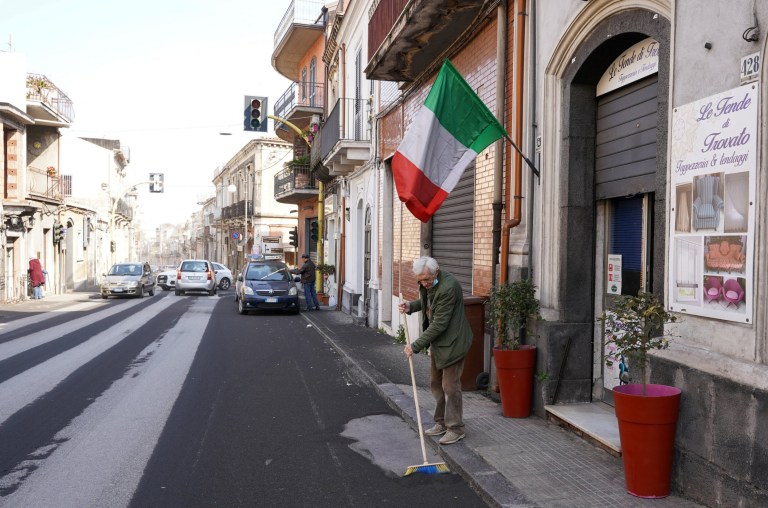 A man sweeps volcanic ashes from Mount Etna on a street in Giarre, Italy (Reuters) 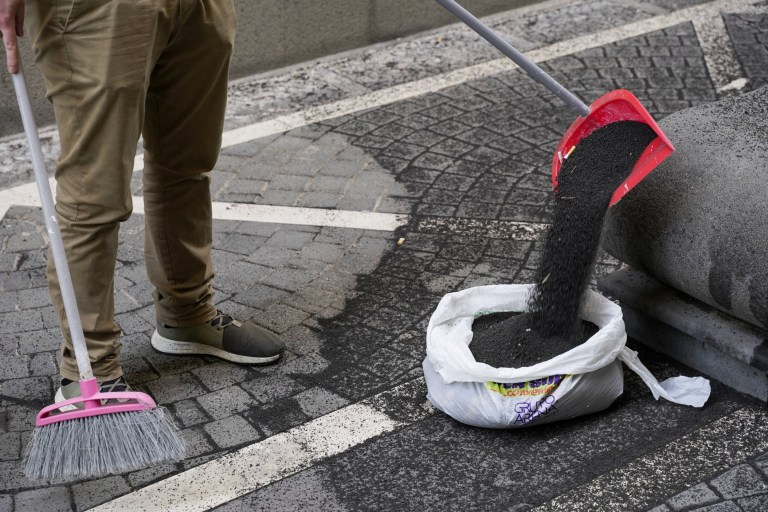 Volcanic ash from Mount Etna on a street in Giarre (Reuters) 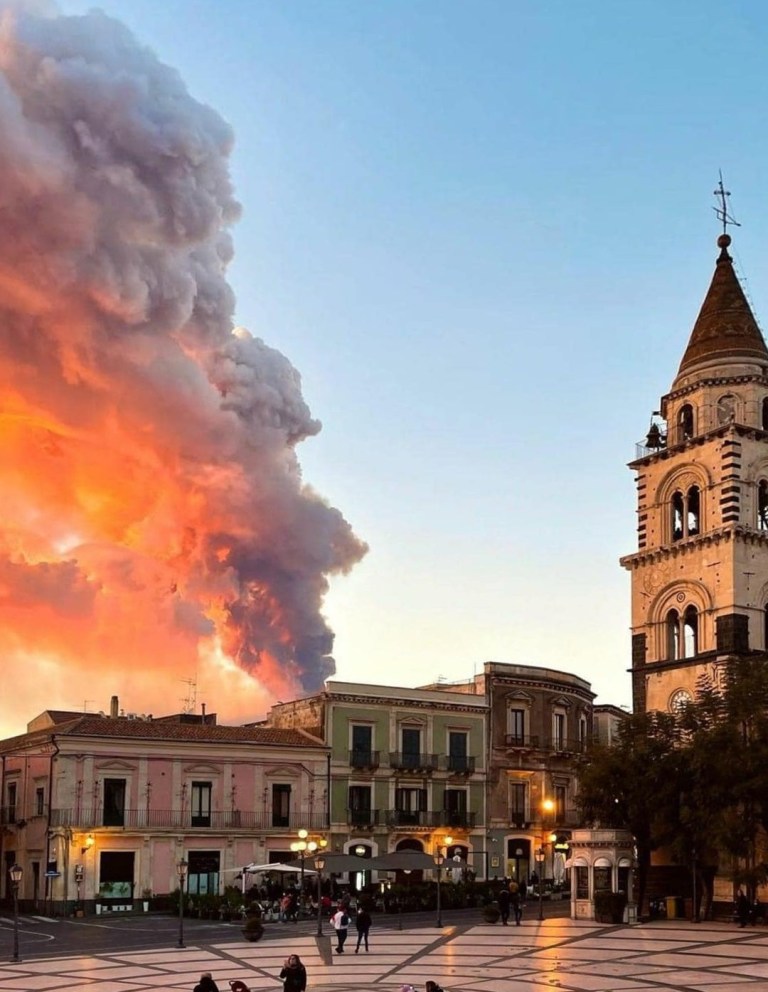 The continued eruptions have forced the temporary closure of Sicily’s Catania Airport – a frequent occurrence when Etna is in an active phase.

Residents of nearby Pedara have been put onto an alert status because of the ash. Rocks and debris kicked up into the air by the blast have also come down hard on the nearby settlement.

Alfio Cristaudo, the mayor of Pedara, said: ‘The entire territory of Pedara and all the streets are covered in volcanic ashes and lapillus [volcanic stones],’. 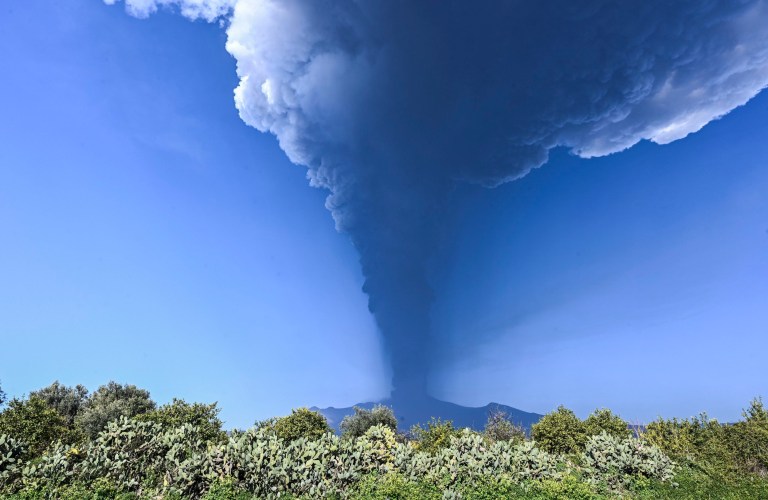 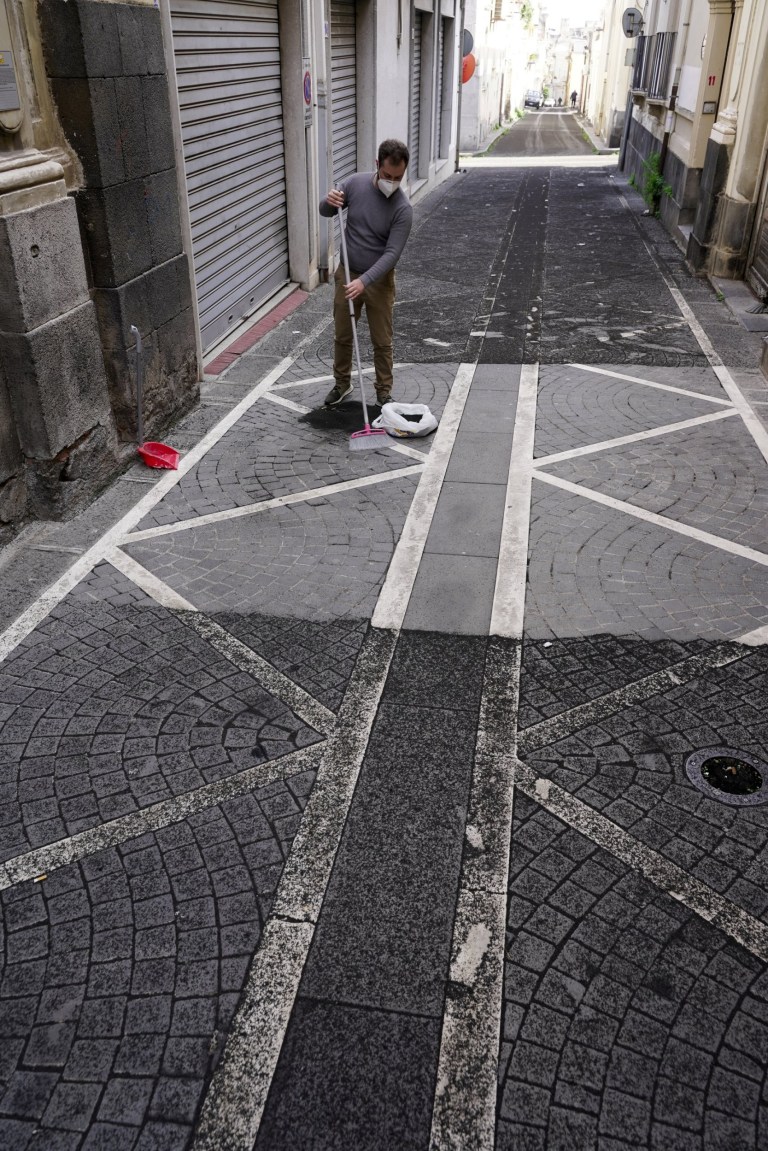 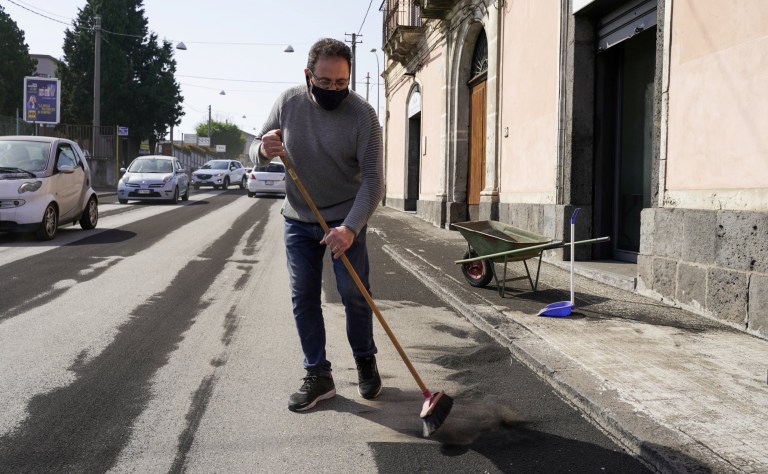 Etna is a popular tourist destination, and its eruptions, especially when seen at night, are spectacular to watch. 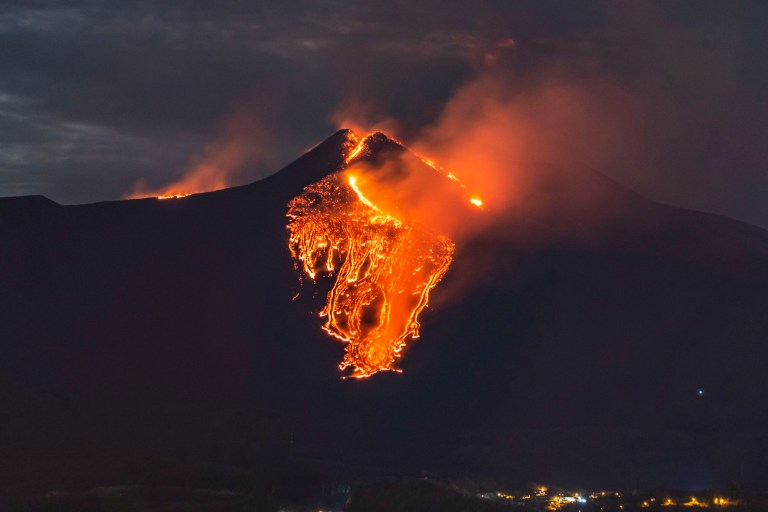 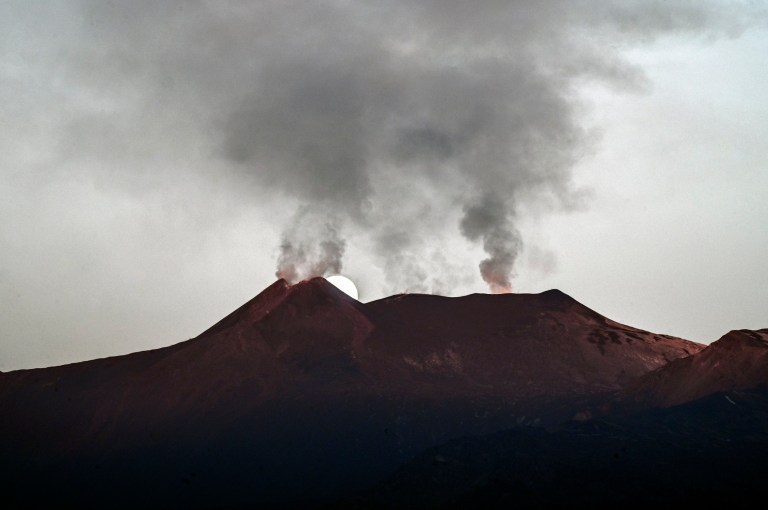 More than 500,000 people live around the base of Mount Etna which has history of violent eruptions and is one of the most active volcanoes on earth.

Even the ancient Romans wrote about it and lived in its shadow, as it has been active for thousands of years.