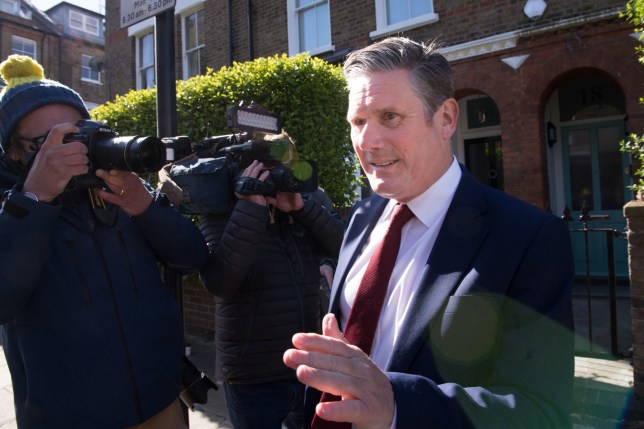 Labour leader Sir Keir Starmer has finally spoken out over what he called a ‘bitterly disappointing’ by-election defeat in Hartlepool.

After avoiding the press outside his home earlier, Sir Keir told reporters he’ll do ‘whatever is necessary’ to rebuild trust in his party.

Hartlepool fell to Boris Johnson’s Conservative Party by a landslide in the latest sign that Labour has lost its grip on its ‘red wall’ heartlands.

Labour had won every election in Hartlepool since the seat was created in 1974 but saw its vote collapse, despite its new leadership team and the Covid pandemic.

The party has also been losing council seats across the country and has seen its East Lothian seat on the Scottish Parliament fall to the SNP.

Sir Keir said the party had ‘not made a strong enough case to the country’ ahead of the bumper set of elections and they need to stop ‘quarrelling among ourselves.’

Some have jumped on the latest set of defeats to call for Sir Keir to leave the role he began a year ago.

But he insisted he is up to the job of leading Labour and promised to set out a plan to ‘reconnect’ the party to voters.

‘I will set out what change is needed over the next few days, but I’m absolutely clear in my mind and absolutely determined to do whatever is necessary to fix things and to make sure we can make that case to the country in a compelling way.’

Sir Keir Starmer was asked repeatedly whether he intended on reshuffling his top team but did not give a direct answer. 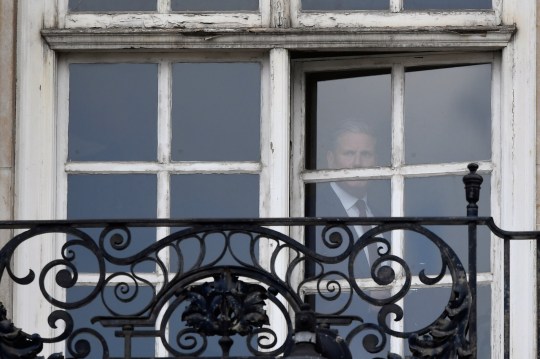 Sir Keir has insisted he is the right person to lead Labour (Picture: Reuters)

He denied Labour are facing an ‘existential crisis’, adding the party ‘has to rise to the challenge of reconnecting with working people.’

‘We were set up to represent working people, we need to reconnect, rebuild that trust,’ he said.

‘That means learning the lessons of the results that are in so far and putting a much stronger and bolder case to the country.’

Meanwhile Boris Johnson has been visiting Hartlepool to congratulate his new MP. He called the early election results ‘very encouraging’.