A LOAN shark who made his victims lives a “misery” splashed out thousands on building a concrete safari park in his garden.

Clayton Liston Rumbelow, 49, from Llwynhendy in Wales, ran an illegal money lending operation from his modest council house between 2014 and 2019. 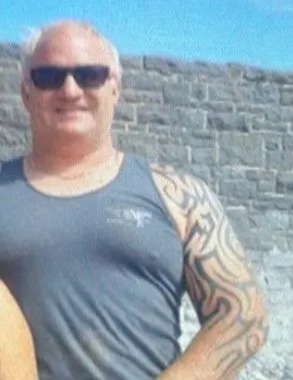 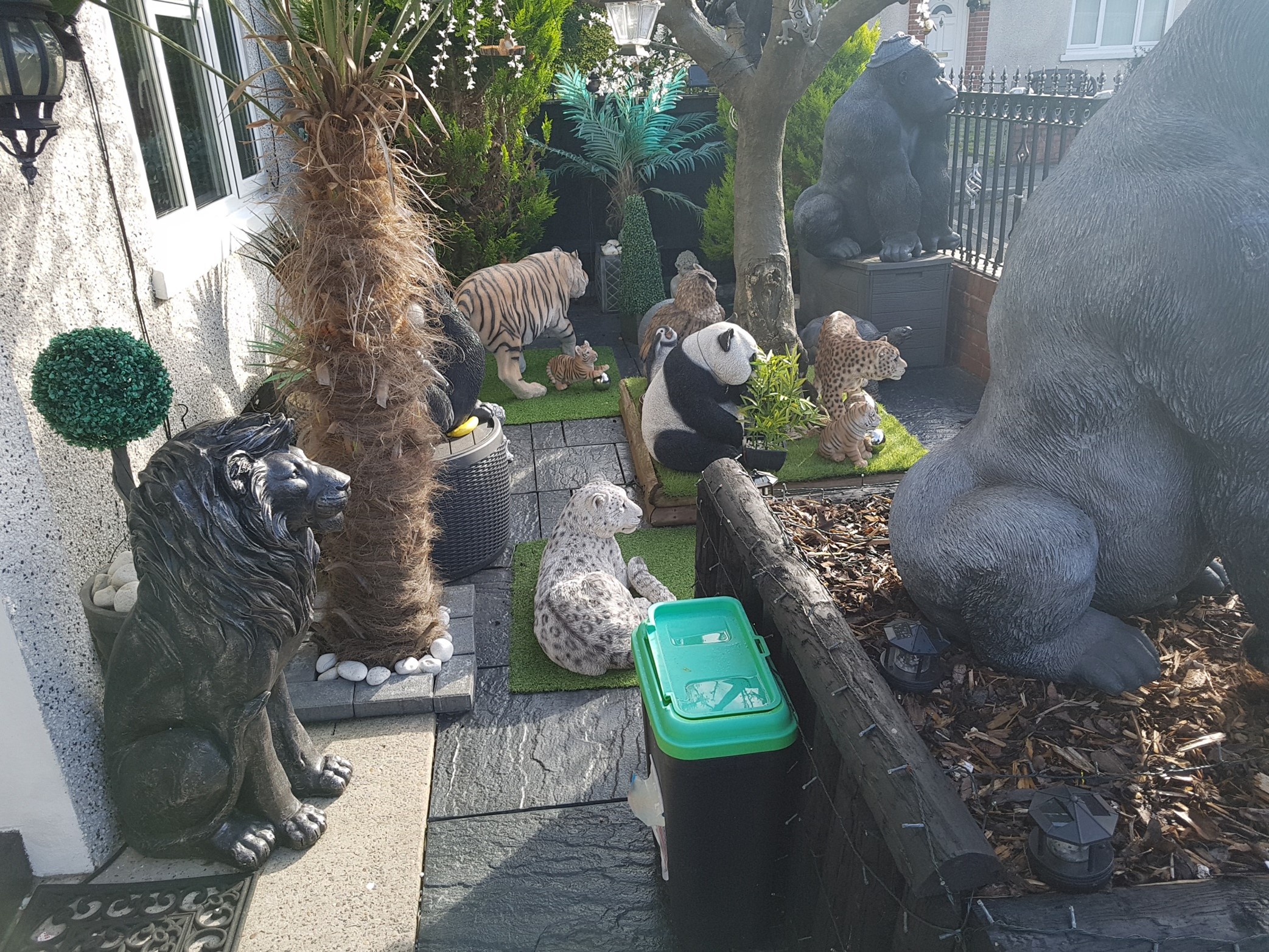 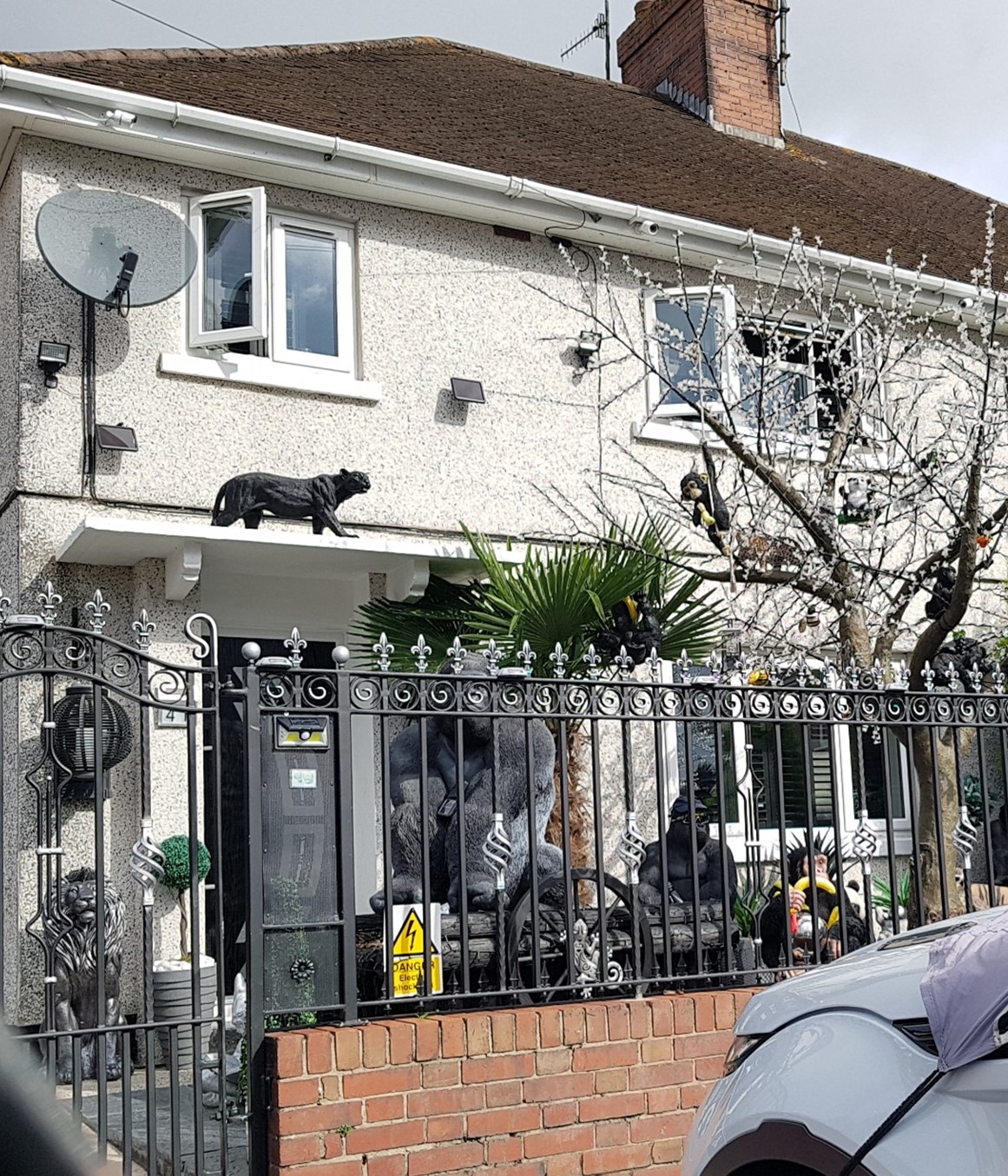 His collection included a jaguar, a tiger, a lion and a cheetahCredit: Stop Loan Sharks Wales/Media Wales

He charged customers interest rates of 30 to 40 percent on loans of £100 and spent £32,000 on holidays in just two years, Swansea Crown Court heard.

Behind security fencing and gates, a CCTV system, and a reinforced front door worth approximately £4,500, Rumbelow was stashing thousands of pounds in cash, along with a baseball bat and air guns.

His sole legitimate source of income was benefits, the court was told.

Photos from his home show Rumbelow was collecting massive animal statues and displaying them in his garden. 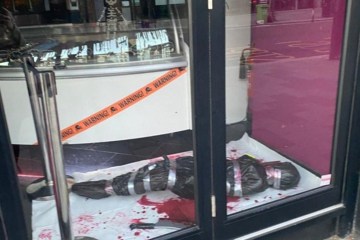 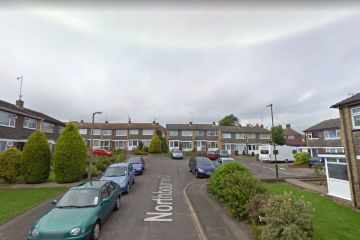 A panda, tiger, leopard, cheetah, jaguar and a lion were just some of sculptures in his collection.

Thousands of pounds had also been spent on various garden ornaments including two large gorillas.

Lee Reynolds, prosecuting, said a search warrant was executed at Rumbelow’s council house in Llanelli in August 2019 as part of an investigation into illegal money lending.

An examination of the defendant’s bank account showed some 600 cash deposits amounting to £162,000 – though the prosecutor said it was accepted the defendant had a gambling habit which could explain “some of the financial activity”.

The court heard the defendant’s gambling habit had resulted in him losing almost £29,000 over the previous five years.

Mr Reynolds said it appeared to investigators that the defendant was “living a lifestyle beyond his means” including having spent £32,000 on holidays in two years, and driving vehicles worth over of £42,000.

The court heard Rumbelow’s only legitimate source of income was from benefits.

Rumbelow previously pleaded guilty to unlawfully engaging in activity for which a licence is required between 2014 and 2019 when he appeared in the dock for sentencing.

He has previous offences on his record from the 1990s for assault and theft matters.

David Singh, for Rumbelow, said it was accepted his client had been involved in illegal money lending but it was impossible to be precise about the total amounts involved.

He said he would submit it was an unusual case, and no formal complaints about the defendant had been made by members of the public.

Judge Catherine Richards told Rumbelow he had been “profiting from the misery and misfortune of others” over a significant period of time.

With a 15 per cent discount for his guilty plea Rumbelow was sentenced to 10 months in prison suspended for 12 months.

He was also ordered to complete a rehabilitation course.

The court heard he has signed a disclaimer for the £5,000 found in his bedroom, and that money will go cover the cost of the prosecution by Cardiff Council, so no formal costs order was sought. 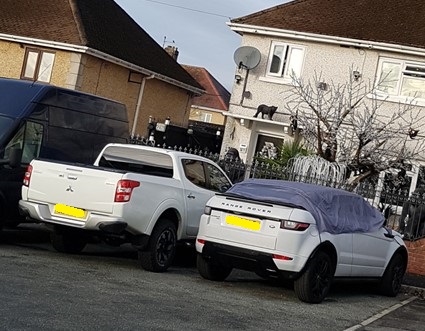