A stolen ticket plan was foiled by police after they ‘smelled a rat’ (Picture: Getty/Rex/Google)

A pensioner nearly lost out on £130,000 after a shopkeeper lied to him about his winning EuroMillions ticket.

Frank Gowland had popped into the GT News shop in Leeds with his wife Sue to check his tickets.

But the couple were told by shopkeeper Narendra Gill that their Lucky Dip ticket hadn’t showed up any winnings.

In reality, she had pocketed his ticket – which had five winning numbers and a Lucky Star – and handed him back crumpled up old ones.

She called Camelot, which runs the EuroMillions, 15 minures afrer Frank and Sue left to report her stolen winnings.

But they ‘smelled a rat’ when they could hear her speaking with customers in the background.

Police investigated and realised that a switch had been made. Frank, 81, had no idea of his winnings until police called him to discuss what had happened. 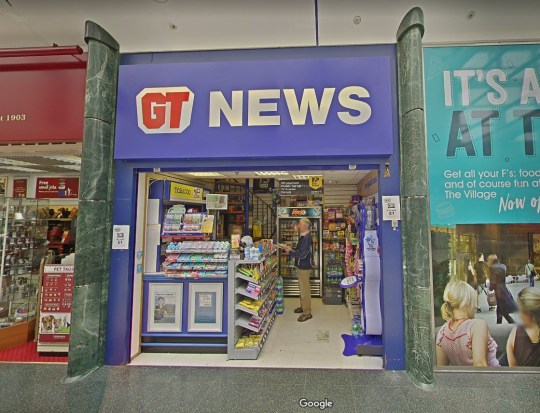 The partially deaf pensioner told the Sun: ‘The whole thing has been quite a shock.

‘I had no clue I’d won until I got this phone call. I couldn’t hear what the PC was saying so I asked my stepson to deal with it.

‘He said to the officer, “You must be joking, this is a scam”. Anyway, it wasn’t and I had won.

Frank added: ‘The police knew everything. They even knew we bought toilet roll on the day. They told me the woman phoned Camelot, 15 minutes after I left, claiming to have a winning ticket.

‘But they smelled a rat. She was lying through her teeth. It’s unbelievable really. I might never have known.’

Shop manager Gill, from York, admitted theft and fraud and was jailed yesterday at Leeds Crown Court for 28 months.

Recorder Dafydd Enoch QC told her she had been ‘unbelievably cruel’. He added: ‘People who work in these places need to hear the message that you cannot abuse your position when it comes to dealing with millions of pounds. Trust is so important.’

Frank and Sue were finally able to receive their winnings in November last year.

Frajo added: ‘It has certainly helped to make life a bit more comfortable. I bought a new car, cleared all my debts and gave quite a bit of money to my family.

‘We’ve had new ­carpets and we’re getting a walk-in shower for my wife, who has health problems.’

The GT news branch where Gill worked is now closed. When approached by the Sun, she had said: ‘Obviously, I wish I had not done it. It was stupid.’