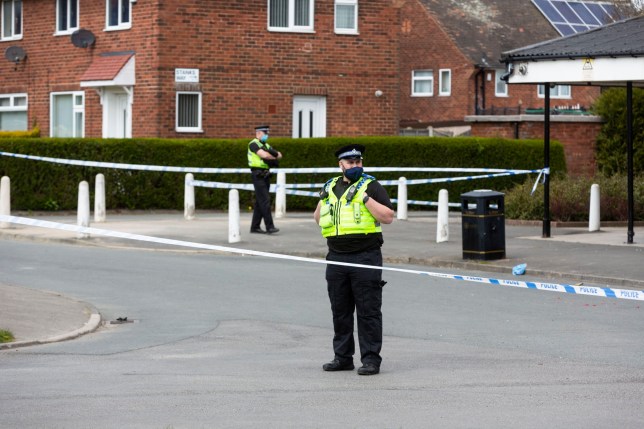 West Yorkshire Police stand guard at a large cordon where a teenager’s hand was chopped off (Picture: SWNS)

A 24-year-old man has been arrested on suspicion of attempted murder after a teenager’s hand was chopped off with a machete.

Officers have also arrested a 13-year-old male on suspicion of criminal damage in relation to an incident at an address on April 9, which is believed to be linked.

Police believe multiple people were involved in the machete attack and are urging witnesses to come forward.

Detective Inspector Guy Shackleton, of Leeds District CID, said: ‘We are building up a picture of the events immediately surrounding this attack and it is clear from our enquiries that a number of people were involved and we are still keen for any information that could assist us in identifying them.’

The 18-year-old victim is still recieving treatment in hospital after his hand was ‘completely severed’. 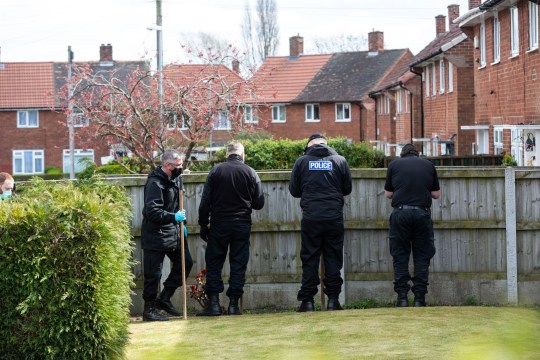 Police believe the attack could be linked to other incidents involving rival gangs and have increased stop and search powers around east Leeds.

It means anyone in that area may be searched for weapons without police officers having to have reasonable grounds to suspect them.

The original order was put in place for 24 hours from 3pm on Wednesday.

A further 24 hour order has been authorised and will be reviewed again tomorrow.

Areas where the order applies include Harehills, Gipton, and Halton Moor. 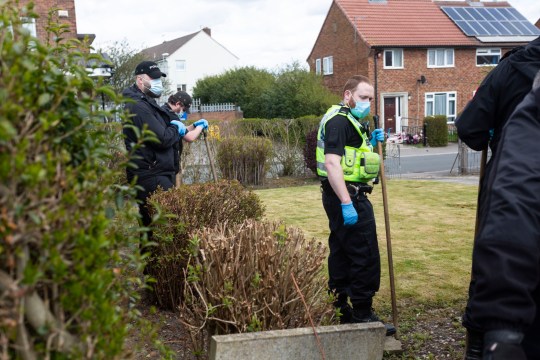 Police believe the attack could be linked to rival gangs (Picture: SWNS)

Superintendent Russ Hughes, of Leeds District, said: ‘The continued use of Section 60 powers is a legitimate tactic that gives us an enhanced ability to target and deter those carrying weapons and therefore prevent serious violence.

‘Scrutiny and accountability are key factors to ensure the trust and confidence of our communities, and we are working closely with local representatives to keep them fully updated.

‘Detectives would still like to hear from anyone who witnessed the incident in the vicinity of Stanks Parade, Swarcliffe, at about 9.30pm on Tuesday or who has any information that could assist the investigation.’