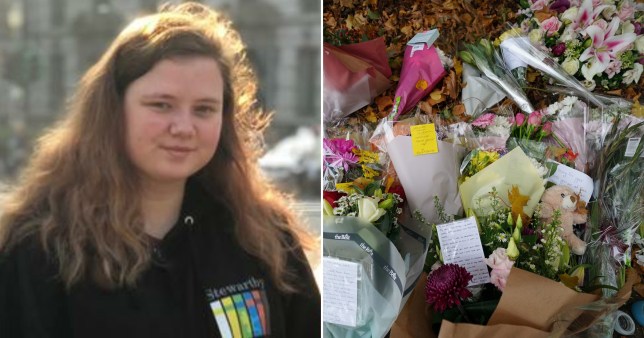 Leah’s family have spoken for the first time since police found her body (Picture: PA)

The family of Leah Croucher have spoken of their devastation for the first time since their daughter’s body was found.

Her parents, John and Claire Croucher said their ‘faint glimmer of hope’ of her being alive has been ‘brutally extinguished’ after the teenager’s remains were found in the loft space of a house.

In a statemen they said: ‘As a family, we knew this heart-breaking news would come one day. The news that Leah had been taken from us, from this world, forever.

‘We are devastated that we have proven to be correct in this.

‘The faint glimmer of hope that we all held allowed us to fool ourselves into believing that our assumption could have been wrong.

‘The deepest, darkest grief that we, Leah’s family and friends are experiencing over the past weeks shows us that glimmer was actually, foolishly, a shining beacon of hope, which has now been brutally extinguished in the cruellest and harshest of ways.

‘It has been a long way to fall back to reality.’

Paying tribute to their daughter they said: ‘Leah was a bright, funny young woman who was a kind, loyal, helpful and caring soul.

‘Her smile lit up the room and her laugh cheered all who heard it. Leah had a wonderful sense of humour, who found joy in everything she did. 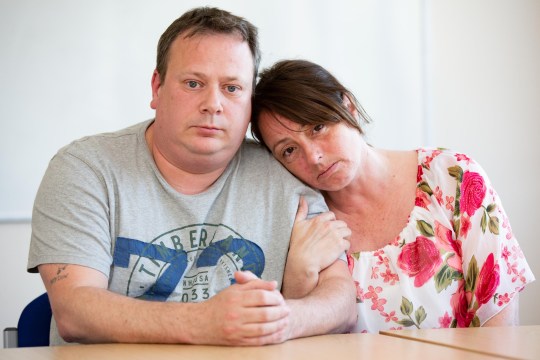 John and Claire Croucher have spoken for the first time in three years (Picture: Terry Harris) 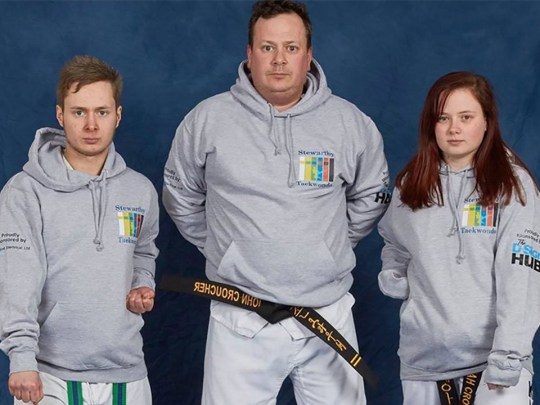 Leah’s mum and dad have paid tribute to their daughter and said ‘the world and our lives are darker for losing her’ (Picture: Terry Harris)

‘Leah was a second Dan black belt, a national and European champion in the world of Taekwondo.

‘She enjoyed coaching the next generation of champions at the family club she ran with her dad.’

They said: ‘Leah’s presence and warmth impacted on all who knew her, her disappearance has impacted on an entire city and beyond.

‘The world and our lives are darker for losing her in the prime of life.

‘Solace is found in the belief that Leah will only finally die when the last of us who remember her dies and Leah will hopefully be remembered by a lot of people for many years to come.

‘We will soon be able to lay Leah to rest, as she deserves, and say our final goodbyes, be able to grieve at Leah’s graveside and lay flowers for her.

‘We have missed Leah for so long already, and now have the rest of our lives to mourn her as well as the memories we will never be able to make.

‘We were able to love you for 19 wonderful years Leah and make amazing memories together as a family, memories that we hope will be sufficient to carry us through the dark and lonely years we have to come.

‘We hope soon that we will be able to look at pictures of you again, but they are too painful to even think about at the moment.

‘Give Haydon a big kiss and a big hug from us baby, we miss and love you both so much, but hope that you are together now, looking out for each other as always.’

Police last week confirmed human remains found in a Milton Keynes loft were those of the missing teenager.

Thames Valley Police said officers dicovered Ms Croucher, 19, in the loft space of a house in Loxbeare Drive, Furzton, close to where she vanished three years ago.

An autopsy was inconclusive of the young woman’s death and investigations are ongoing, police said.

A number of her items, including her rucksack and other personal possessions, were found there earlier this month amid a sprawling police search.

The prime suspect in her murder has been named by police as Neil Maxwell, a sex offender who killed himself two months after she vanished. 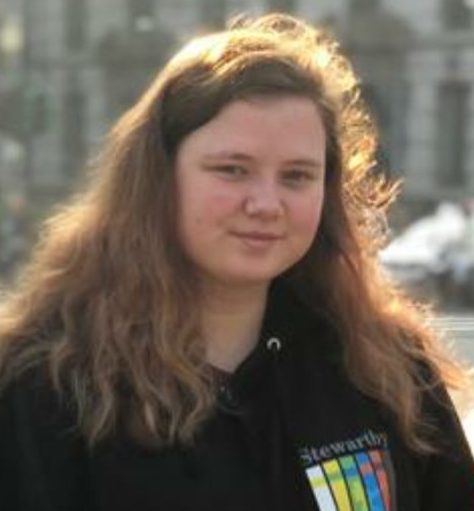 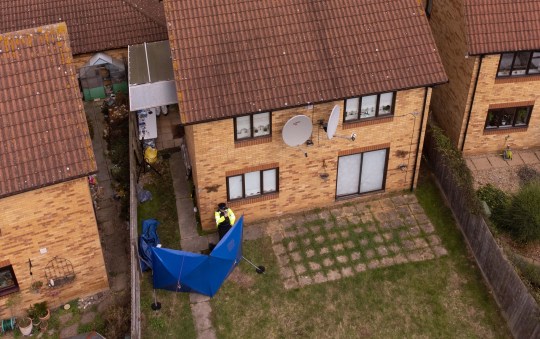 He is believed to have been the only person with keys to the house where her body was found.

Thames Valley Police said Maxwell had been employed by the home owner to carry out some property maintenance at the house.

Detective Chief Superintendent Ian Hunter said: ‘Whilst Maxwell has been nominated as a suspect, this does not mean he is guilty of any offence.

‘We will keep an open mind, and our detailed investigation will seek to gather sufficient evidence to establish the truth.

‘This may or may not implicate or exonerate Maxwell or any other persons from the investigation.’

He said Maxwell had previous convictions for sexual offences against women and was wanted in connection with a sexual assault in Newport Pagnell in November 2018.

Using aliases, travelling across the UK in various cars and using several different phones, he managed to evade arrest some 18 times, police said.

He was found dead on April 20, 2019, just over a fortnight after the force issued a public wanted appeal. 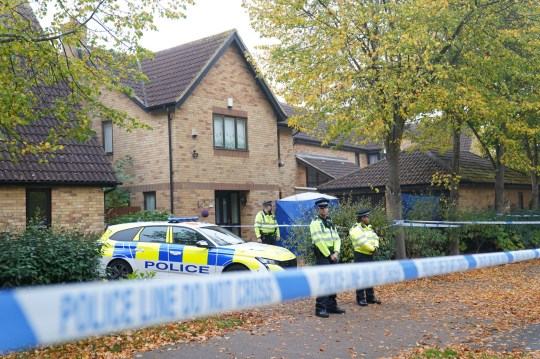 Forensics were focussed on the loft where Leah’s body was found (Picture: PA) 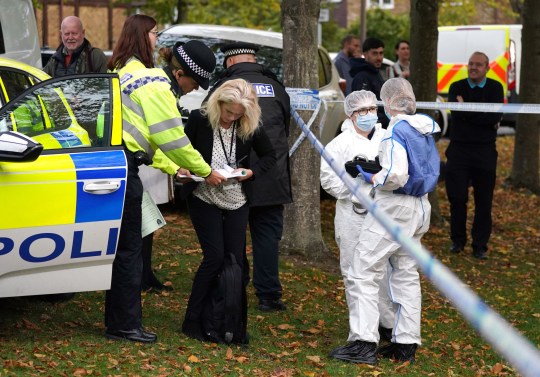 Detectives were searching the house in Milton Keynes for weeks after remains were found (Picture: PA) 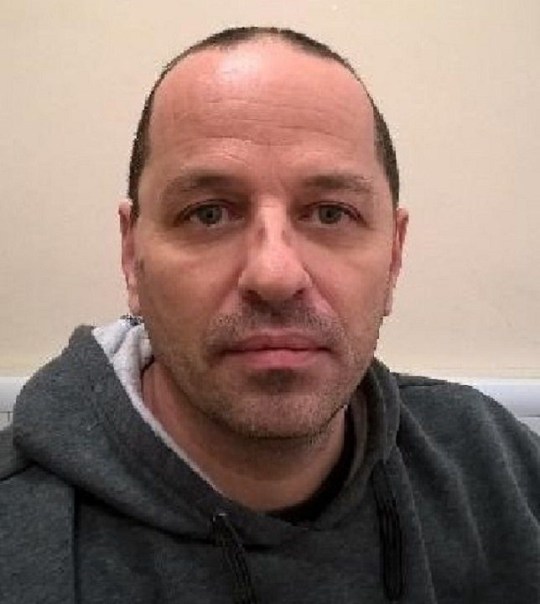 Neil Maxwell was named by police as the main suspect (Picture: PA) 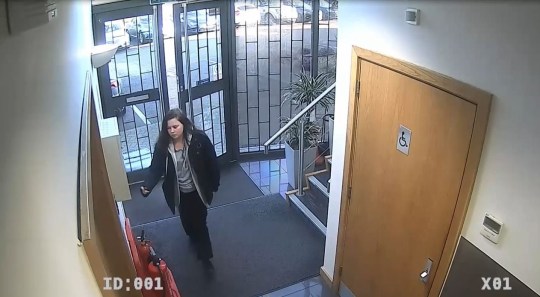 This was the last time Leah was seen (Picture: PA) 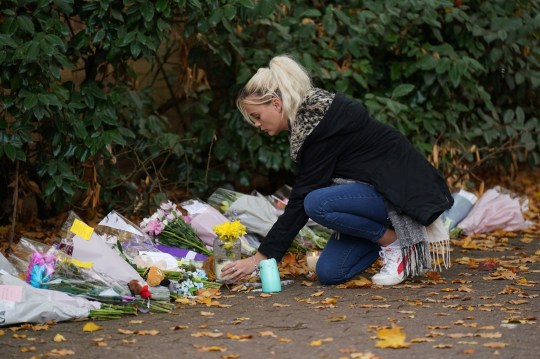 Hundreds of tributes were left at the scene after the news broke that Leah’s body had been found (Picture: PA)

Mr Hunter said: ‘In April 2019, when we published our wanted appeal regarding Maxwell in connection with the sexual assault in Newport Pagnell, and during our entire investigation to find Leah, there has been no direct link between Maxwell and Leah until Monday this week when we were called about the property in Loxbeare Drive.

‘If Maxwell were alive today, we would be seeking his arrest in connection with this investigation, so he could be interviewed under caution to provide his account.

‘As such, today I am appealing to anyone who had contact with Maxwell between November 2018 and his death in April 2019 or anyone who has information that might help our inquiry to contact Thames Valley Police.’

Leah was last seen on CCTV in Buzzacott Lane in Furzton, Milton Keynes, just after 8.15am on Friday February 15 in 2019, walking in the direction of Loxbeare Drive and Chaffron Way.

At the time her parents, Claire and John Croucher, said her disappearance was ‘highly unusual’ and that it was ‘unbelievable’ that she had not tried to contact family and friends.

Mr and Mrs Croucher last saw their daughter in Quantock Crescent, Emerson Valley, Milton Keynes, at around 10pm on Thursday February 14, and she was reported missing to police the following day.

Police said Miss Croucher had disappeared while she was walking to work.

She was last seen dressed in a black coat, skinny black jeans and black Converse high top shoes, and was carrying a small black rucksack.

In April 2019, two witnesses described seeing a young woman matching her description looking ‘visibly angry, upset and crying’ near Furzton Lake between 9.30 and 11.15am on the day of her disappearance, but police have been unable to confirm it was the missing teenager.

An anonymous donor offered a £5,000 reward in March 2019 to encourage anyone with information to come forward, which was later doubled to £10,000.

In February this year police released a new CCTV image showing a figure dressed in black from Fuzton Lake, which they believe may show the then-19-year-old.