A Labour MP said she did not feel safe attending conference after her comments on trans issues triggered a backlash from campaigners (Picture: PA/Reuters)

Keir Starmer said it was wrong to say ‘only women have a cervix’ after a transphobia row led to one of his Labour MPs staying away from the party’s conference.

Rosie Duffield said she wouldn’t attend the Brighton event happening this weekend after receiving threats for her comments on gender.

The Canterbury MP’s remark about cervixes came as she set out her opposition to people who were born male but identify as female have access to facilities like domestic violence refuges.

She met with the Labour leader earlier this week to set out her security concerns after receiving abuse.

Mr Starmer declined to call her remarks transphobic but did tell The Andrew Marr Show on BBC One: ‘It is something that shouldn’t be said. It is not right.

‘We do everybody a disservice when we reduce what is a really important issue to these exchanges on particular things that are said.’ 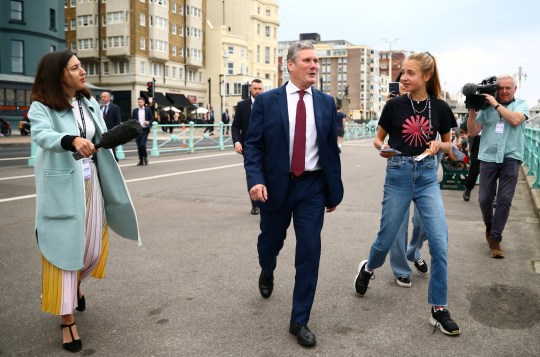 The Labour leader was all smiles while out and about in Brighton but is facing a crucial week in his leadership (Picture: Reuters) 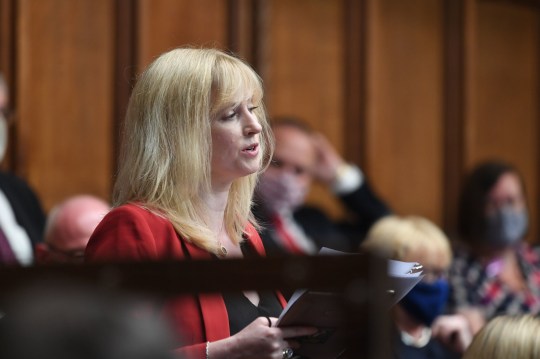 Ms Duffield has publicly called on the leader to clarify his own position on trans matters (Picture: PA)

The Labour leader added: ‘We need to have a mature, respectful debate about trans rights and we need to bear in mind that the trans community are amongst the most marginalised and abused communities, and wherever we’ve got to on the law, we need to go further.’

Deputy leader Angela Rayner has called for action to be taken against any Labour members who abused Ms Duffield.

She told Sky News: ‘What I have been shocked by, especially my female colleagues – and that’s Conservative female MPs as well – is the level of misogynist abuse they get’.

She promised ‘robust’ action against any Labour member who targets Ms Duffield, adding: ‘Rosie deserves our full support and protection against that and she would get that. 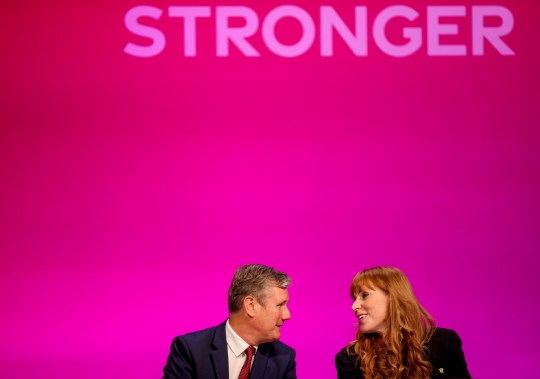 Mr Starmer has been forced to answer questions about his deputy’s incendiary language at a conference fringe event (Picture: Reuters)

‘If she had come to conference, we would have risk-assessed and made sure that she had every bit of support that she needed to be here.

‘Anybody who abuses Rosie Duffield who is a member of the Labour Party would go through our formal complaints procedure and I would expect a robust response on it.’

Mr Starmer has had a difficult start to conference ahead of his keynote speech on Wednesday, in which he will attempt to reset his leadership and explain his vision for a Labour government.

He was forced to climb down ahead of a showdown with party officials over a plan to scrap the leadership election system which opened the door to Jeremy Corbyn.

Today he has been forced to discuss comments by his deputy after she called Tory ministers ‘scum’.

Appearing on the BBC, he repeatedly declined to tell his deputy to apologise but said it was not the language he ‘would have used’, contrasting the pair’s differing ‘approaches’.