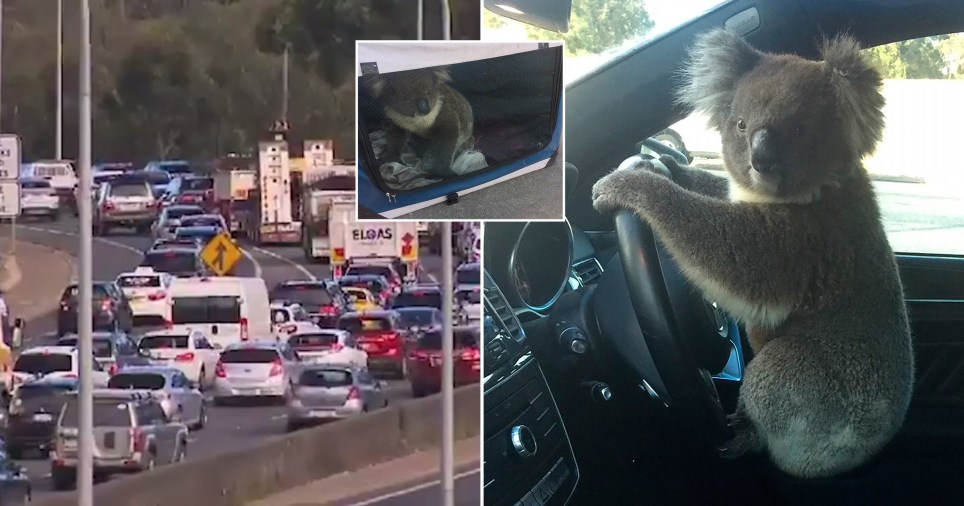 The koala had been trying to cross the road in Adelaide, Australia (Picture: AP)

A koala has been rescued and released back into the wild after it caused a five-car pile-up while trying to cross a busy six-lane road in Adelaide, Australia.

The marsupial’s attempt at crossing the carriageway had been blocked by the road’s concrete divider, and its presence caused several vehicles to crash in the heavy rush-hour traffic. The incident caused several injuries, and one person required an ambulance.

Driver Nadia Tugwell got out of her car to investigate the cause of the pile-up, and then used her coat to capture the koala with the help of a stranger. She then placed it in the back of her car.

She said: ‘The koala was absolutely not damaged in any way. It was very active, but very calm.’ 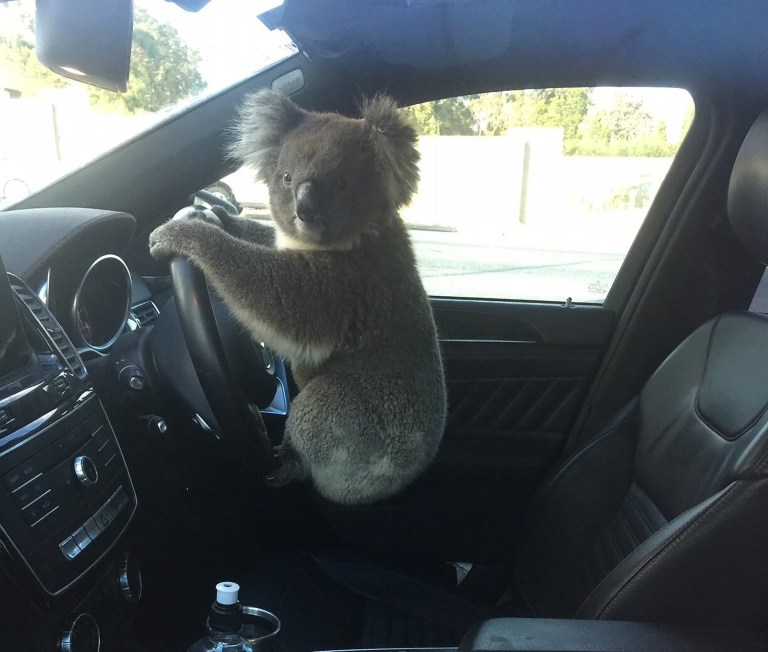 It made its way into the front of Nadia Tugwell’s car (Picture: AP)

Nadia then drove the koala to a petrol station, where she called wildlife rescuers. During the journey, the koala climbed into the front of the car and later sat in the driving seat after she had parked.

She snapped photos of the marsupial clinging to the steering wheel, stating that it looked as if it was saying, ‘let’s go for a drive’. 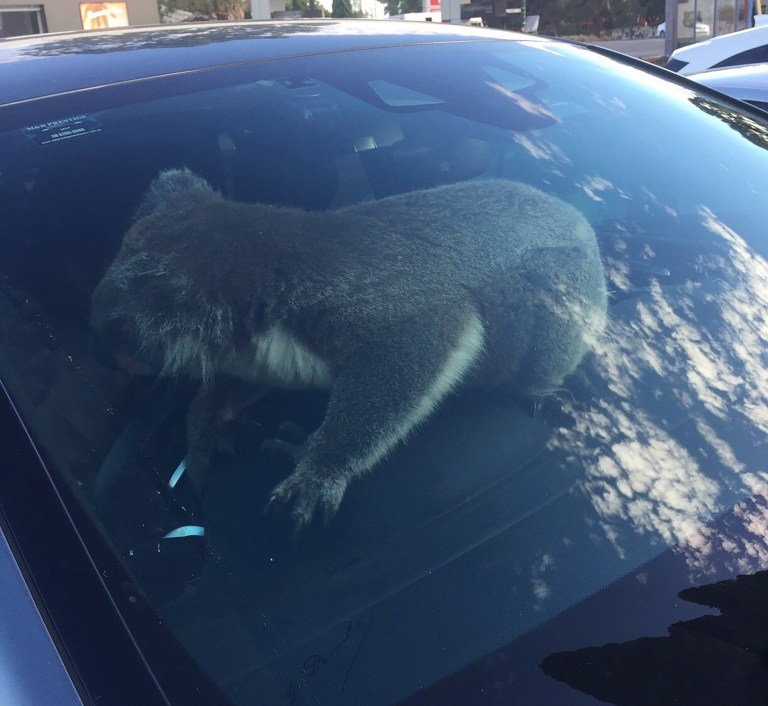 She had placed it in the back of her car at first (Picture: AP) 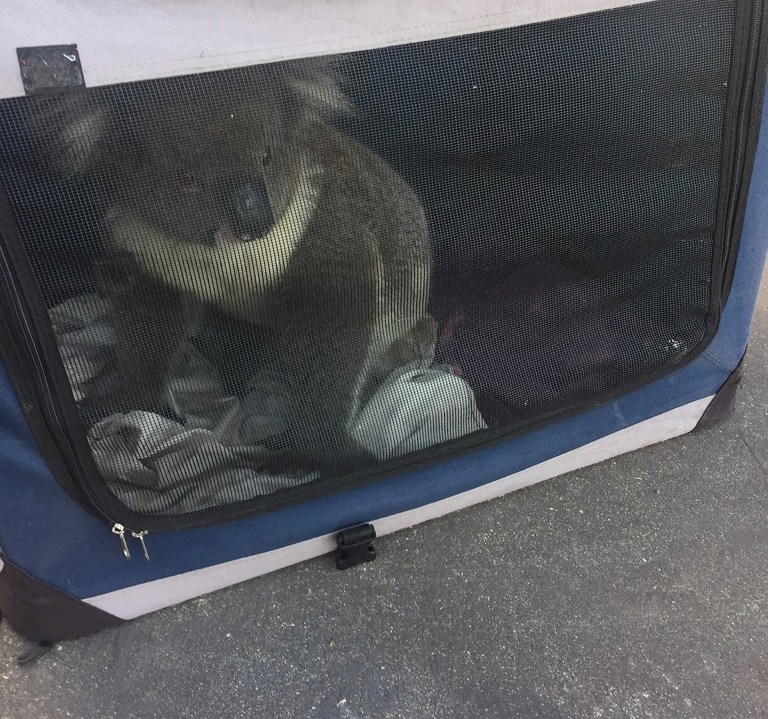 The animal has since been released back into the wild (Picture: AP) 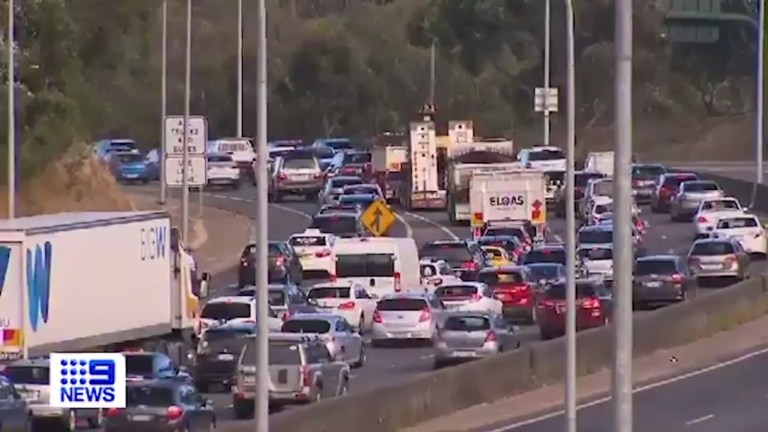 It caused a pile-up during rush-hour traffic (Picture: AP)

The leather interior of her SUV was slightly scratched by the animal, but she said she didn’t mind.

Nadia had learned from past experience how to calm koalas by covering their eyes, as she lives near a eucalyptus forest and has twice called animal handlers to rescue injured koalas.

She said: ‘I live up in the hills, and if you let them do what they want to do and you don’t chase them or something, they’re okay.’

The koala was later released back into the forest, well away from any nearby roads.

A Labor Shortage Could Be Our Economy’s Biggest Downfall