King Charles joins William and Kate at Festival of Remembrance 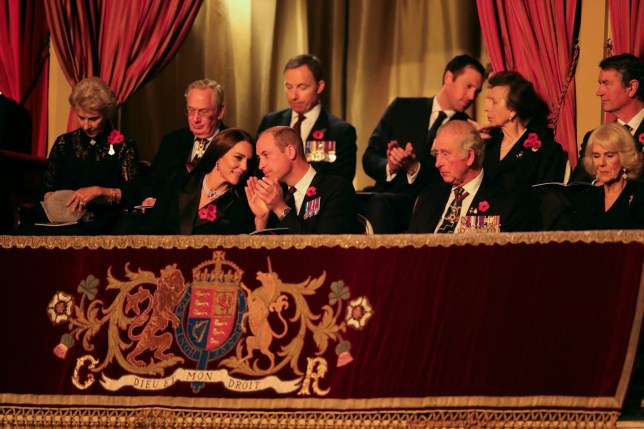 The Queen’s dedicated service and duty have been hailed at the annual Festival of Remembrance attended by the King and other members of the royal family.

Charles and his siblings, the Princess Royal and Earl of Wessex, watched on as archive footage of their late mother was played at the Royal Albert Hall.

In one clip, the Queen was heard speaking of the ‘tremendous contribution’ the Armed Forces had made to Britain’s ‘standing and reputation’ throughout the world during her reign.

Hosting the annual Royal British Legion event, Huw Edwards said the late monarch had symbolised ‘completely’ service and duty – which he described as the “watchwords” of military life.

The BBC newsreader told those gathered at the London venue: ‘It’s been a year where talk of service and duty has come to the fore.

‘Service and duty are the watchwords of military life. They always have been.

‘And no individual symbolised those watchwords more correctly, more completely than Her late Majesty Queen Elizabeth II, commander-in-chief of the Armed Forces, patron of the Royal British Legion for a remarkable period spanning eight decades.’ 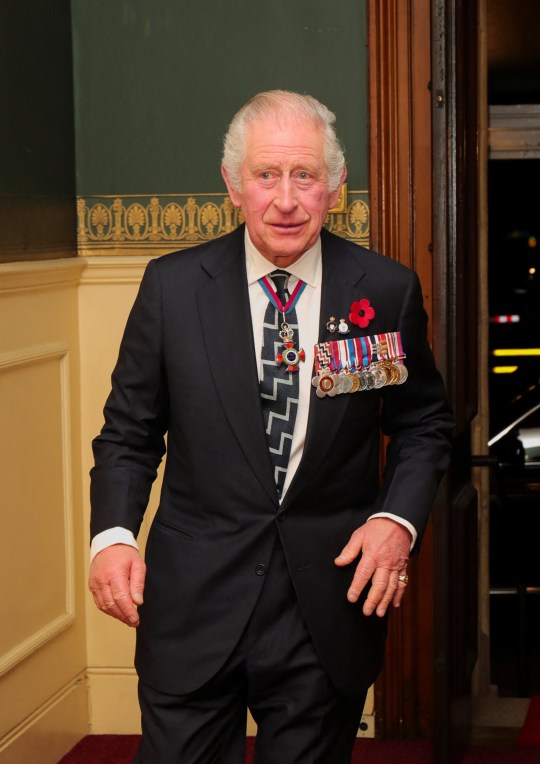 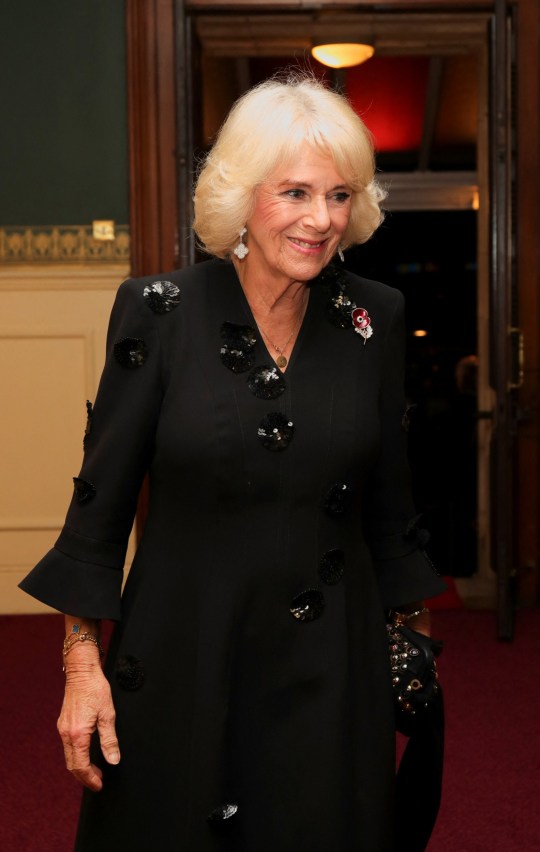 He was accompanied by Queen Camilla (Picture: Reuters) 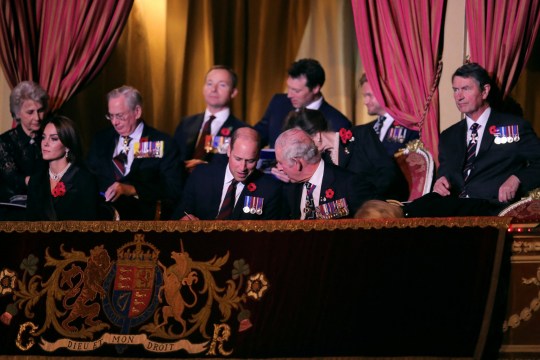 Also in attendance on Saturday evening were Camilla, the Queen Consort, the Prince and Princess of Wales, the Countess of Wessex, Vice Admiral Sir Tim Laurence, the Duke and Duchess of Gloucester, the Duke of Kent and Princess Alexandra.

Prime Minister Rishi Sunak observed the event from a box to the left of the royals alongside his wife Akshata Murty, while Labour leader Sir Keir Starmer sat in a separate box to the right with his wife Lady Victoria.

Actor Luke Evans opened the event with a rendition of I Vow To Thee My Country.

The evening also featured a performance by tenor Andrea Bocelli with his son Matteo and daughter Virginia, as well as a version of Hallelujah by EastEnders actress Shona McGarty.

Charles and Camilla clapped along with other members of the royal family at various points throughout the event including the arrival of the Chelsea Pensioners to the packed venue. 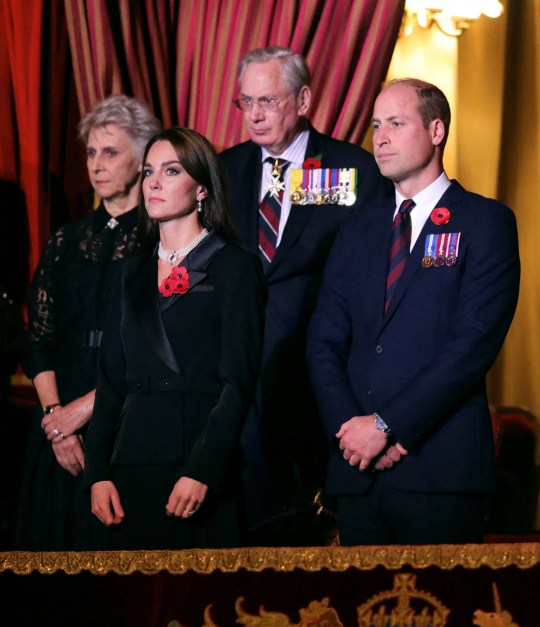 The Prince and Princess of Wales (Picture: AFP via Getty Images) 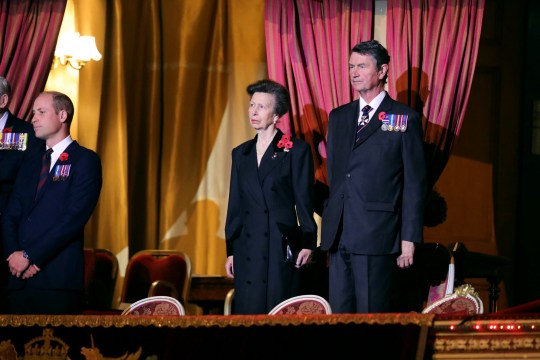 The royals joined the crowd to sing Jerusalem after the remembrance book, containing the names of British war dead, was brought into the centre of the hall.

It was carried by Brigadier Justin Stenhouse, who is helping to train Ukrainian troops for battle against invading Russian forces.

Other tributes at the festival included to the bereaved who have lost loved ones through military service.

Footage marking the 40th anniversary of the Falklands war was shown, with contributions from people who had served. 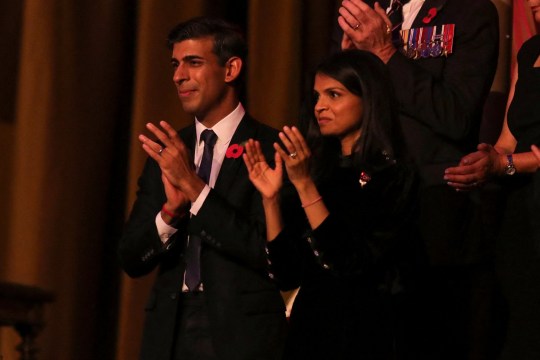 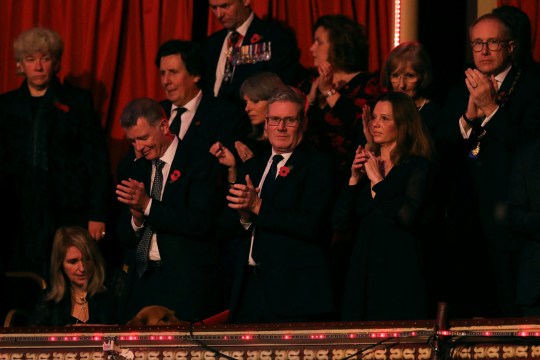 The evening ended with the crowd singing God Save the King followed by three cheers after which Charles waved to the crowd who applauded as he left with the other royals.

On Sunday, Charles will lead the nation in remembrance at the Cenotaph for the first time as King, in what is expected to be a poignant moment for the royal family.

The Queen, who died nine weeks ago at the age of 96, considered Remembrance Sunday, which commemorates the war dead, one of the most important engagements in the royal calendar.