More than 70,000 Big Jubilee Lunches are planned across the UK for this weekend (Picture: Getty)

‘Killjoy’ councils across the UK have been urged to approve Platinum Jubilee street celebrations even if applications are late.

Days after Sue Gray published her long-awaited report into Downing Street’s law-breaking parties, some Tories have urged local authorities to bend the rules.

More than 70,000 Big Jubilee Lunches are planned in the UK, with an expected 10 million people set to sit down with their neighbours on Sunday for Her Majesty’s 70th year on the throne.

But some are upset with what they see as red tape stopping them celebrating, such as a ban on ‘unauthorised’ Jubilee bunting being put up across telephone poles because could create a ‘hazard’.

Some councils will not allow alcohol to be drunk on streets, while fire bosses requested that tables should not be set up in the middle of a street in case of emergencies.

Portsmouth resident Albie Somerset, who is organising a royal party, branded a warning about lightweight string of flags on lampposts being a ‘safety hazard’ ‘ludicrous’.

She told the Daily Star: ‘We filled out all the forms and jumped through all the hoops to get the road closure. 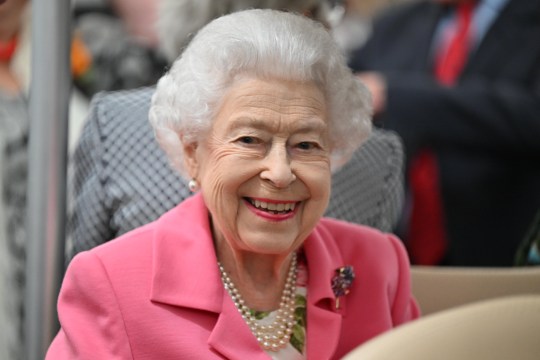 Millions of people are set to celebrate Her Majesty’s 70th year on the throne (Picture: Getty)

‘Now we’ve got a letter saying not to put bunting on telegraph poles. Are they not stable enough to hold some lightweight flags?’

Portsmouth City Council said in its letter that ‘no bunting is to be strung from telegraph poles’ during the Jubilee celebrations as it could be a ‘safety hazard’.

After some authorities warned the public against hosting unofficial celebrations this week, technology minister Chris Philp urged them to show ‘a little bit of flexibility’.

‘I think it is fantastic we are celebrating the Queen’s Jubilee,’ he told Sky News. 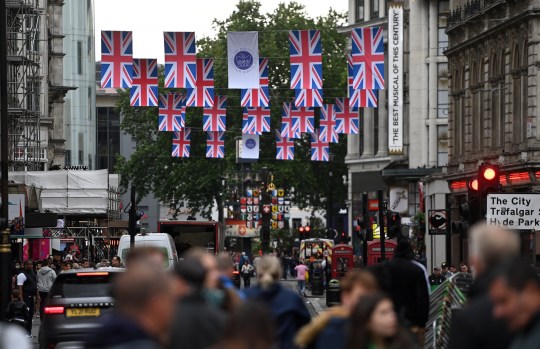 ‘And if you are at all able to, please do grant these requests, even if they are maybe technically after the deadline.’

Some councils which have required permission for people to hold street parties have already seen their deadlines pass.

Barnet Council in north London is hosting a record-breaking 130+ parties.

Initially, the deadline for applications was April 8 but officials were forced to extend it to April 29.

The Royal Borough of Greenwich Council, in south-east London, which is hosting 65 events, also required people to register before March 25.

Concerns have also been raised about raffles, sweepstakes and tombolas, which count as lotteries.

The Gambling Commission states that lotteries at events do not require a licence because they are classed as incidental lotteries.

But people must make sure they follow the rules to run an incidental non-commercial lottery legally.

‘Tickets can only be sold at the location of the event and whilst the event is taking place,’ the commission stated.

‘You can’t sell tickets online (which includes social media) or in advance of the event.

‘You can take up to a maximum of £500 from proceeds to pay for prizes. Prizes can also be donated – there isn’t a limit on how much donated prizes can cost.

‘You can either do the lottery draw during or after the event. We recommend that you make it clear to participants when you’ll be announcing the result.’

Inhaler hint that new music is on the way soon