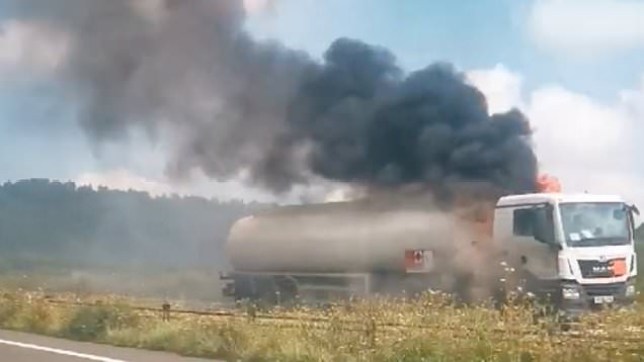 Huge plumes of smoke were seen billowing into the sky (Picture: UkNewsinPictures)

A fuel tanker ‘exploded’ next to a busy road, sending flames and black smoke into the sky.

The A21 is closed in both directions near Lamberhurst, Kent, due to the blaze, which started at around 11.45am.

Six fire engines were sent to the site as firefighters battled to put out the flames.

One man on a nearby golf course said he saw ‘massive explosions’ as he shared a video showing the size of the huge smoke cloud in the sky.

No one was injured in the blaze but people in the local area have been warned to keep windows and doors closed due to the smoke.

A statement from the local force said: ‘Kent Police was called at 11.45am on 11 August 2021 to a report that an HGV tanker was on fire at a location on the A21 near Lamberhurst.

‘Officers are at the scene assisting Kent Fire and Rescue Service. There are no reported injuries and the road is currently closed in both directions.’ 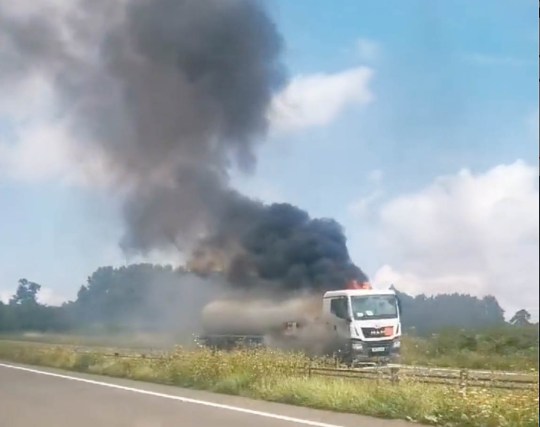 People have been told to keep windows and doors shut due to the smoke (Picture: UkNewsinPictures) 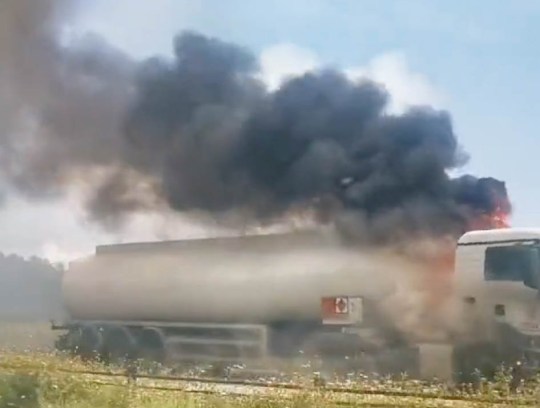 The road is closed in both directions (Picture: UkNewsinPictures)

The fire service said: ‘Kent Fire and Rescue Service is currently at the scene of a vehicle fire on the A21 near Lamberhurst.

‘Six fire engines are in attendance, and crews are working to extinguish the flames. No casualties have been reported.

‘Crews are advising everyone to avoid the area while the emergency services to deal with the incident, and the road is currently closed between the A262 and Scotney Castle.

‘Firefighters are also asking those who live or work in the area to keep windows and doors closed as a precaution due to smoke.’