The mistake will cost around £8,000 to fix (Picture: Swale Borough Council/SWNS)

A council worker accidentally made legally binding planning decisions thinking they were just testing the system, leaving comments like ‘incy wincy spider’ as their explanation.

The worker didn’t realise their comments would ever be made public.

However, in actual fact several applicants received a rejection or approval that hadn’t been properly considered, with an animal sanctuary even being told ‘Your proposal is whack’ and ‘No mate, proper whack’.

Five applicants using the Swale Borough Council planning portal were affected after staff were testing solutions to a software problem on August 19, resulting in dummy comments being mistakenly sent out for real.

The error is now expected to cost at least £8,000 of public funds to fix, as the decisions have to be overturned by a judicial review.

This will take around three months, resulting in a delay to the applicants.

Swale Council is seeking to quash five planning decisions that were issued in error.
An investigation is underway and we’ve notified each of the applicants of the error and will continue to liaise with them as the matter progresses. To find out more visit: https://t.co/Q8LVzajkGW pic.twitter.com/oU87m16diQ

The Happy Pants animal sanctuary in Sittingbourne was one of those affected, after they put in an application to change agricultural land to be used for its animal rescue.

It was rejected, with the feedback: ‘Your proposal is whack’ and ‘No mate, proper whack’.

Forad Miah had also applied for a change in use of land, this time from a butchers to a hot food takeaway, and was told: ‘Just don’t’ and ‘No’ in reply.

An application to partially demolish the Wheatsheaf pub, also in Sittingbourne, was granted with the comment ‘incy, wincy, spider’.

Meanwhile, an application to demolish the Old House At Home pub so flats could be built instead was also granted, with the comment ‘Why am I doing this, am I the chosen one?’

The council also approved the change of use of a barn in Tunstall.

Amey James, founder of The Happy Pants Ranch, told Kent Live: ‘Obviously the comments are quite laughable, but if I had gone on there this morning before I saw the email from Swale council about the error I think I would have had a heart attack – I would have been properly panicking; the future of the ranch depends on this decision. 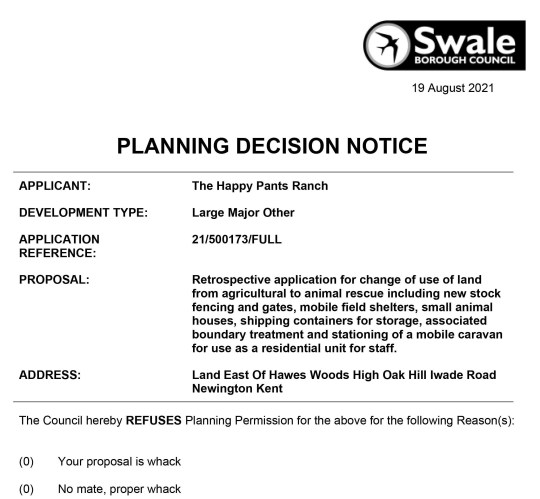 The reason given for this rejection was ‘Your proposal is whack’ (Picture: Swale Borough council/SWNS) 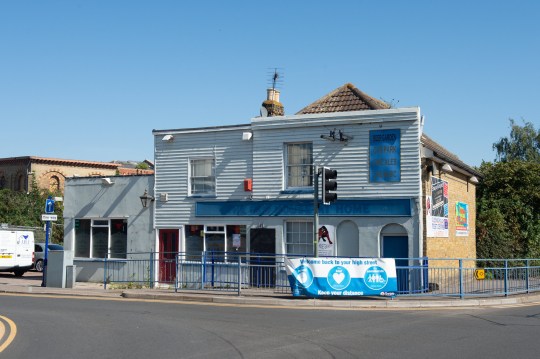 An application to demolish the The Old House At Home pub was granted (Picture: SWNS)

‘I kept thinking this was going to go to the planning committee in September, but now because of this, it’s probably going to be delayed even further.

‘At this rate, we are probably not going to know by Christmas. It’s just awful not knowing.’

Swale Borough Council has started an investigation and said that a junior officer at the Mid Kent shared planning service believed that the comments would not be published.

They removed the erroneous decisions from their site as soon as they realised.

Despite this, the council’s legal advice has said that they are legally binding and that it will now have to quash them through judicial review.

The council’s leadership team, Councillor Roger Truelove and Councillor Mike Baldock, said: ‘These errors will have to be rectified but this will cause totally unnecessary concern to applicants.

‘This is not the first serious problem following the transfer of our planning administration to Mid Kent shared services.

‘We will wait for the outcome of a proper investigation and then consider our appropriate response as a council.’ 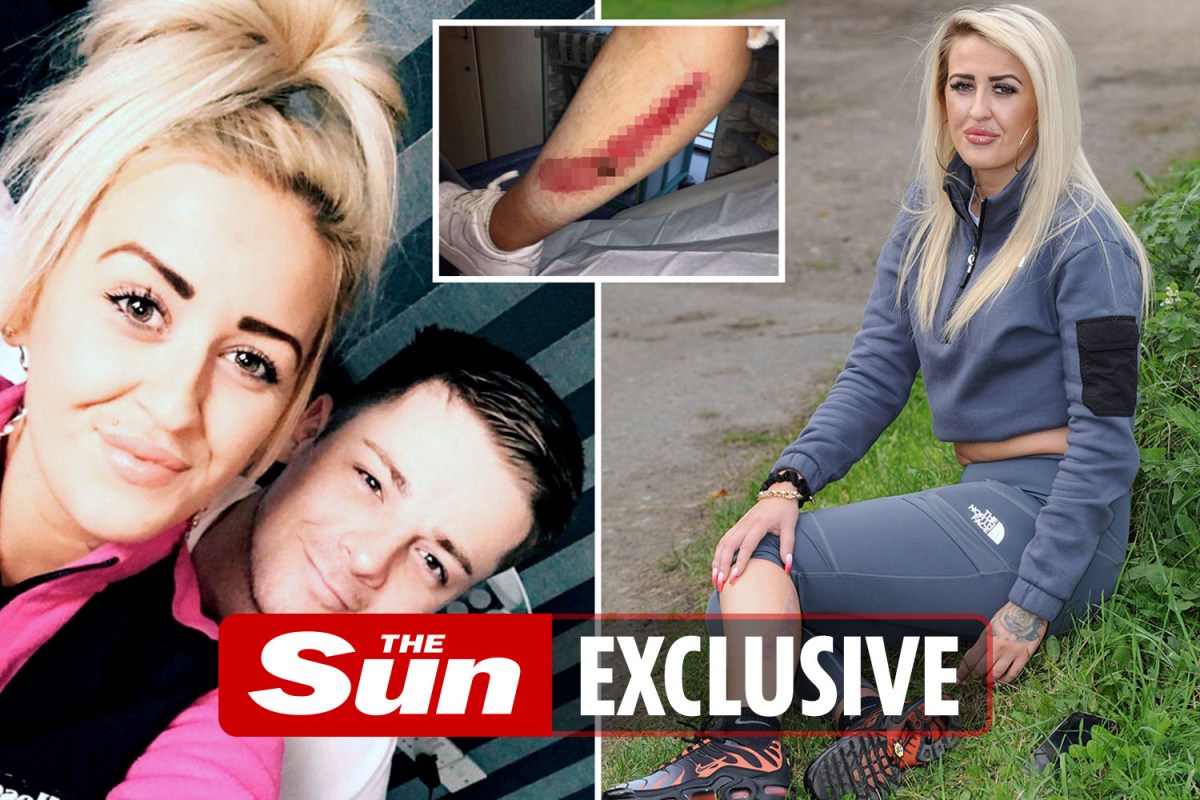