The Duchess of Cambridge was reunited with Holocaust survivors as she opened two new museum galleries.

Kate Middleton met with Stephen Frank and Yvonne Bernstein, who had both both posed with their grandchildren for her last year as part of the ‘Generations: Portrait Of Holocaust Survivors’ project to mark 75 years since the end of the genocide.

The galleries hosting the project were officially opened at the Imperial War Museum in London yesterday, and as soon as the duchess saw Mr Frank she said: ‘Hello! I want to give you a big cuddle!’

He immediately swept her into a hug as she greeted him and his granddaughters, Maggie and Trixie.

The duchess thanked him for ‘trusting’ her to take his picture: ‘And you were very patient, so thank you.’

She added: ‘I loved the items you chose and the colours. Thank you for your time. You were good sitters. Seeing this really brings back such special memories.

‘We need to tell your stories.

‘That is what is so powerful about this project, the generational nature of it and the handover of stories.’ 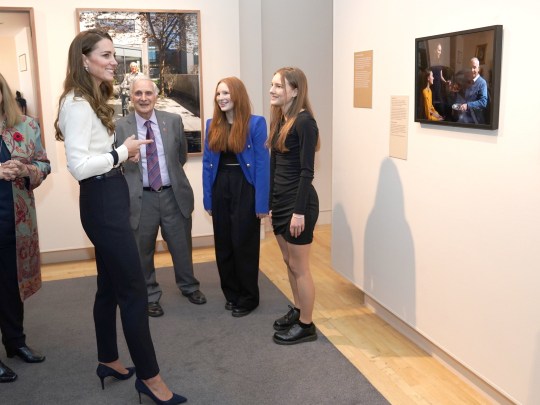 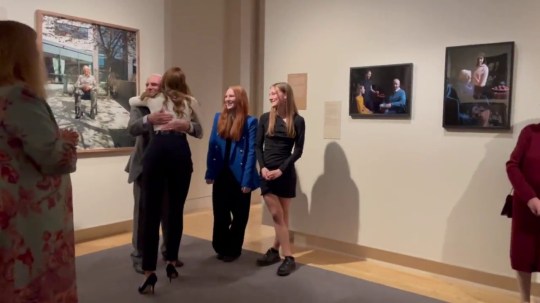 The pair hugged in an emotional reunion after she photographed him last year (Picture: Daily Mail)

Mr Frank also gave her a letter written by an American serviceman to his mum after she sent him a card, adding: ‘I thought you might like to read it.’

The duchess said: ‘Oh, that’s so thoughtful of you, thank you. That’s very special.’

She also hugged Mrs Bernstein, who was with her granddaughter, Chloe Wright, saying: ‘Hello Yvonne, it’s so lovely to see you.’

The duchess asked: ‘Is it strange seeing your photograph up there? It so nice to see you again.

‘I think about the sitting so often, it was such a wonderful opportunity. Thank you so much.’

Mrs Bernstein asked if she got chance to see much of her children as a working mum, to which she replied: ‘All the time. They’re my priority.’

She also spoke with another survivor who had his picture taken by another photographer for the project. 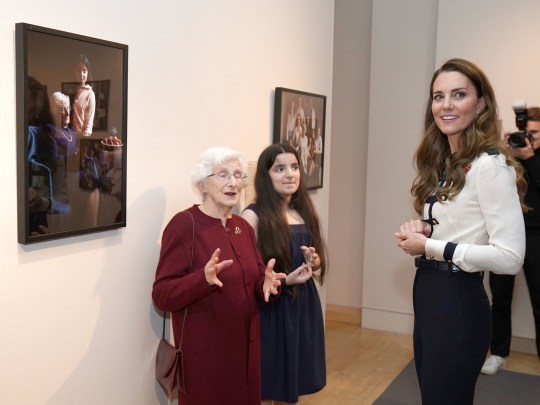 She also spoke with Yvonne Bernstein and her granddaughter Chloe Wright (Picture: PA) 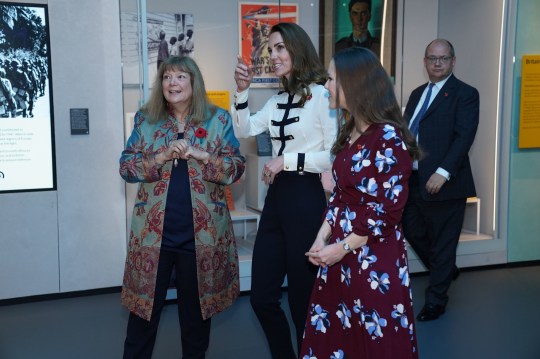 The duchess was shown around the Imperial War Museum by director Diane Lees, left (Picture: PA)

The duchess admired the image of John Hajdu MBE, 82, who posed with a threadbare teddy bear.

He told her how his childhood teddy bear had been with him since the onslaught of the Nazis, through his stay in the Budapest ghetto and later under Soviet occupation.

He now lives in north London with his wife Maureen and has two children, and four grandchildren.

The duchess said: ‘And teddy was with you all the time. Wow, goodness me, what a story.

‘I hope parents explain these stories to their children to ensure it never happens again.

‘What I love is the personal stories, told in context, like your teddy.’

Mr Hajdu said later: ‘I am living history and very happy to be here. I had only had a chance to grab two things when we left and one was teddy.’ 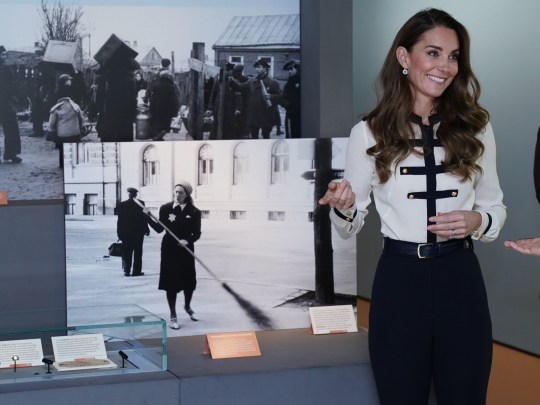 The duchess admired the images in the museum’s Holocaust Galleries collection (Picture: PA) 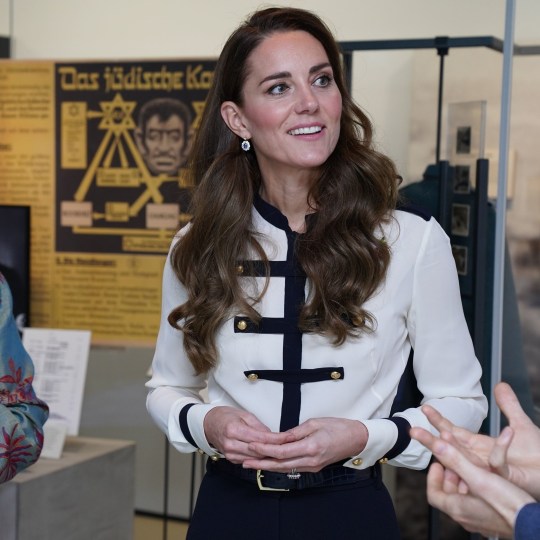 She said the stories as part of the exhibition were very meaningful to her (Picture: PA)

The duchess toured the museum, which displays more than 1,500 items from 80 countries to show how World War Two affected millions of people.

Her granddad, Captain Peter Middleton, was an RAF pilot during the war, and her grandma, Valerie Glassborow, and her twin sister Mary both worked at Bletchley Park.

She said: ‘It’s the stories that mean most to me.’

The museum’s Holocaust Galleries tell the individual stories of some of the six million murdered Jewish people through more than 2,000 photographs, books, artworks, letters and personal belongings.

Looking at some of the photographs, the duchess said: ‘At the time would they have known? [What was to follow].’

Karen Pollock CBE, chief executive of Holocaust Educational Trust, said: ‘The new Holocaust galleries at the Imperial War Museum play a leading role in this country, teaching future generations about the horrors of Europe’s past.

‘The Duchess of Cambridge’s presence demonstrates yet again the importance of educating about the Holocaust and her clear personal dedication to our cause.

‘We could not be more grateful.’

Valve Steam Deck portable delayed until 2022 because of supply chain