CHILLING images show Julia James’ alleged killer strolling along a road minutes after she was beaten to death, a court has heard.

The CCTV stills from a bus and lorry show Callum Wheeler donning a white cap and jeans and wandering along Adisham Road, in Aylesham, Kent after allegedly murdering the PCSO.

CCTV images from a bus show Wheeler with what the prosecution believe is the murder weapon hours after bludgeoning Julia James to deathCredit: PA 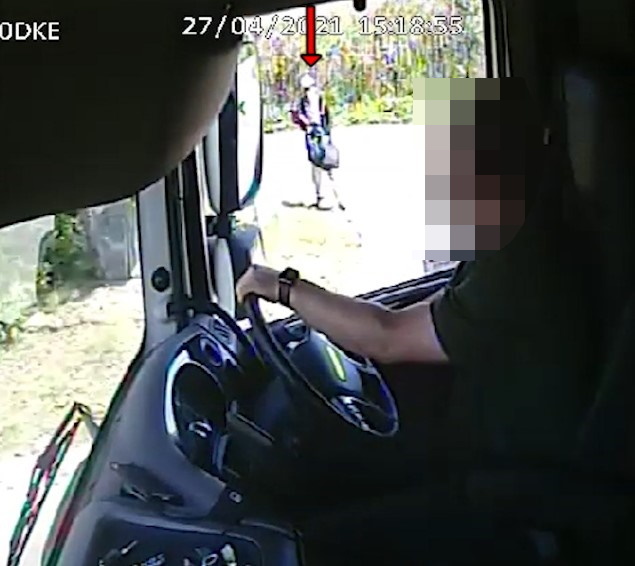 The alleged murder weapon is a railway jackCredit: PA

Prosecution say the images – taken at 3:19pm on April, 2017 minutes after the murder – also show the 3kg railway jack he had used to bludgeon the mother-of-two.

The alleged murder weapon appears to be protruding out a bag from multiple angles from CCTV images taken from a bus and lorry.

Mrs James was bludgeoned to death while out walking her dog in near Ackholt Wood.

Another shocking image shows the alleged killer walking on Ratling Road, Aylesham, Kent – hours before the murder on April 27.

While a final image shows show Wheeler carrying a bag on April 28, Roger’s Closse, Aylesham, Kent – the day after the murder.

It comes as it was revealed a gamekeeper challenged the killer moments after Julia James had been beaten to death with a railway jack, a court heard today.

Gavin Tucker was carrying out his duties at Aylesham and Nethersole Farms near the village of Snowdown in Kent when he spotted Callum Wheeler on April 28 last year.

The 22-year-old was walking in a field carrying a large blue and black holdall with a long object covered in a Tesco carrier bag sticking out.

The prosecution allege this was the metre-long, 3kg metal weapon he had used to bludgeon mother-of-two Mrs James to death while out walking her dog in Ackholt Wood the day before.

Having confronted Wheeler as to what he was doing in the area, Mr Tucker was worried enough to take two photos of him on his phone and then make a 999 call, telling the operator of “a suspicious fella”.

Their encounter on April 28 was also captured on the gamekeeper’s dashcam.

A jury heard one of the images was later circulated in a police appeal and led to Wheeler’s arrest on May 7 last year.

Giving evidence at Canterbury Crown Court, Kent, Mr Tucker said he recognised Wheeler as the man he had seen and spoken to seven months earlier walking across a field near to Ackholt Wood.

On spotting him at around 4.50pm on April 28 – almost 24 hours after Mrs James’s body had been discovered and with a huge police presence and cordon in the area – Mr Tucker pulled over to speak to Wheeler as he approached the junction of Pond Lane and Spinney Lane.

Mr Tucker stayed in his vehicle and spoke to Wheeler through his open window.

He explained: “He was walking up the side of the field towards where I was. I just asked him what he was up to. It (the land) belongs to the farm,” he told the jury.

“He said he was lost or new to the area. I was in a different vehicle at the time so he never recognised me. I knew he was telling lies.

“I asked him where he had come from and he pointed towards Ackholt. Police were in that area… I said ‘What you up to?’ and ‘Where you going?'”

As Wheeler then ran away along Adisham Road, Mr Tucker followed and dialled 999.

In the call, which was played to the jury, he told the operator: “I’m reporting, it may be nothing to do with it, but there’s a suspicious fella I have just approached.

“He was running off and there has been a death down at Ackholt Woods.” 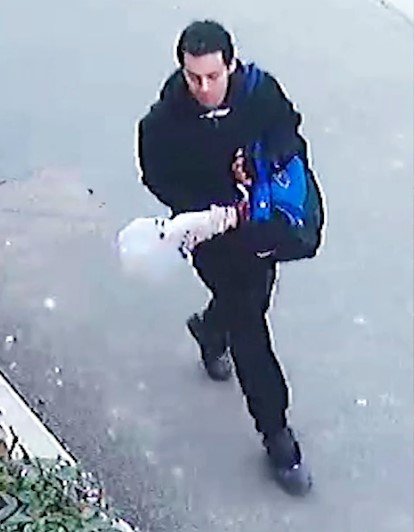 This image of Wheeler was taken on April 28, 2021 the day after the murderCredit: PA 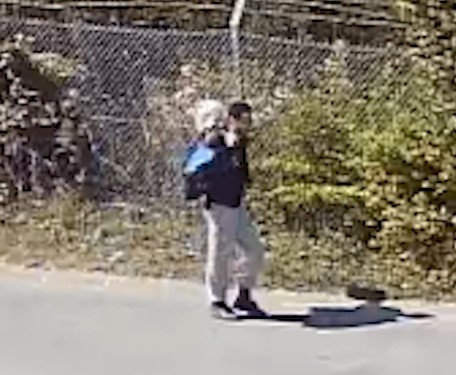 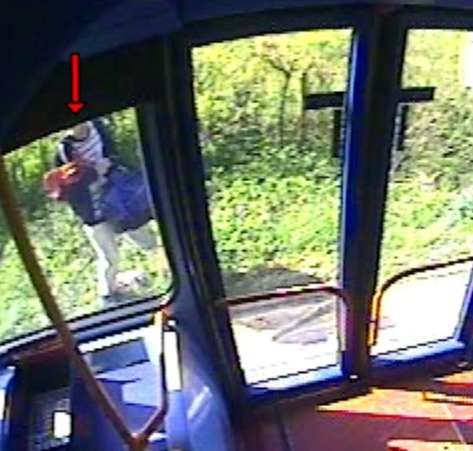 The gamekeeper’s dashcam footage then showed Wheeler crossing the road and into Aylesham Wood.

The court heard Mr Tucker had twice spoken to Wheeler on the afternoon of September 21 2020, having seen him cutting across a field running alongside Ackholt Wood and not using the designated footpath.

He said when he pointed this out, Wheeler told him to ‘Mind your own business’ before heading into the wood.

In their second encounter that same day, he again challenged Wheeler about not using the path and told him he wanted him to leave the field.

This time Wheeler replied he was looking for a train station. But having given him directions to the nearest one at Snowdown, Mr Tucker said Wheeler, once through the wood, began to cut across a field.

Mr Tucker told the court he alerted colleague Kevin Hawker to keep an eye out for him as “having seen him twice within a short period of time I just didn’t quite like the way it was.”

Mrs James had been walking her Jack Russell dog Toby at about 2.30pm on April 27 when she was struck repeatedly to the head with the railway jack and suffered catastrophic head injuries.

The court heard she had been unable to outrun Wheeler in her wellington boots and either tripped and fell to the ground, fracturing her wrist, or was knocked down by the first blow.

Her Apple smartwatch had even recorded the moment she had encountered her attacker with her heart rate “surging” from 97 bpm to 145bpm and her taking a “sudden detour” from her usual route.

At the start of his trial, prosecutor Alison Morgan QC said Wheeler had been “waiting in the woods to attack someone” that day and then “ambushed” Mrs James.

The court heard she had twice seen Wheeler in the exact same spot two months earlier, describing him to her husband Paul James as “a really weird dude”.

Several people living in the area reported seeing Wheeler in the surrounding area on the weeks leading up to the alleged murder and on the day itself, at times with a large bag and an object protruding from it.

One resident, Angela Murphy, told police she “felt uncomfortable” when she saw Wheeler outside her home near to Aylesham village between 12noon and 1pm on the day of the alleged murder.

The court heard he was standing in the alley, with his hood up, holding a bag, and stooping to the right side of his body.

The court also heard from police dog handler Scott James who, having been given one of the gamekeeper’s photos, was in his vehicle when he spotted Wheeler walking across an open, ploughed field at around 7.30pm on April 28.

He was still carrying a bag with an object sticking out from it.

But the officer lost sight of him as he disappeared through a gap in a hedge near Adisham Road and ran towards Sunshine Corner Avenue, where Wheeler was living at the time with his father, John.

At that time however police did not know Wheeler’s name or address, the court heard.

The jury was also shown police bodyworn camera footage of an encounter at Wheeler’s front door 10 days before the alleged murder.

In the brief exchange just after 9pm on April 17 last year, he laughed as he branded the PCSOs who had followed up his abandoned 999 call and attended his home as “phoney” and “not real police”.

PCSO Julia James was attacked while walking her dog in Kent 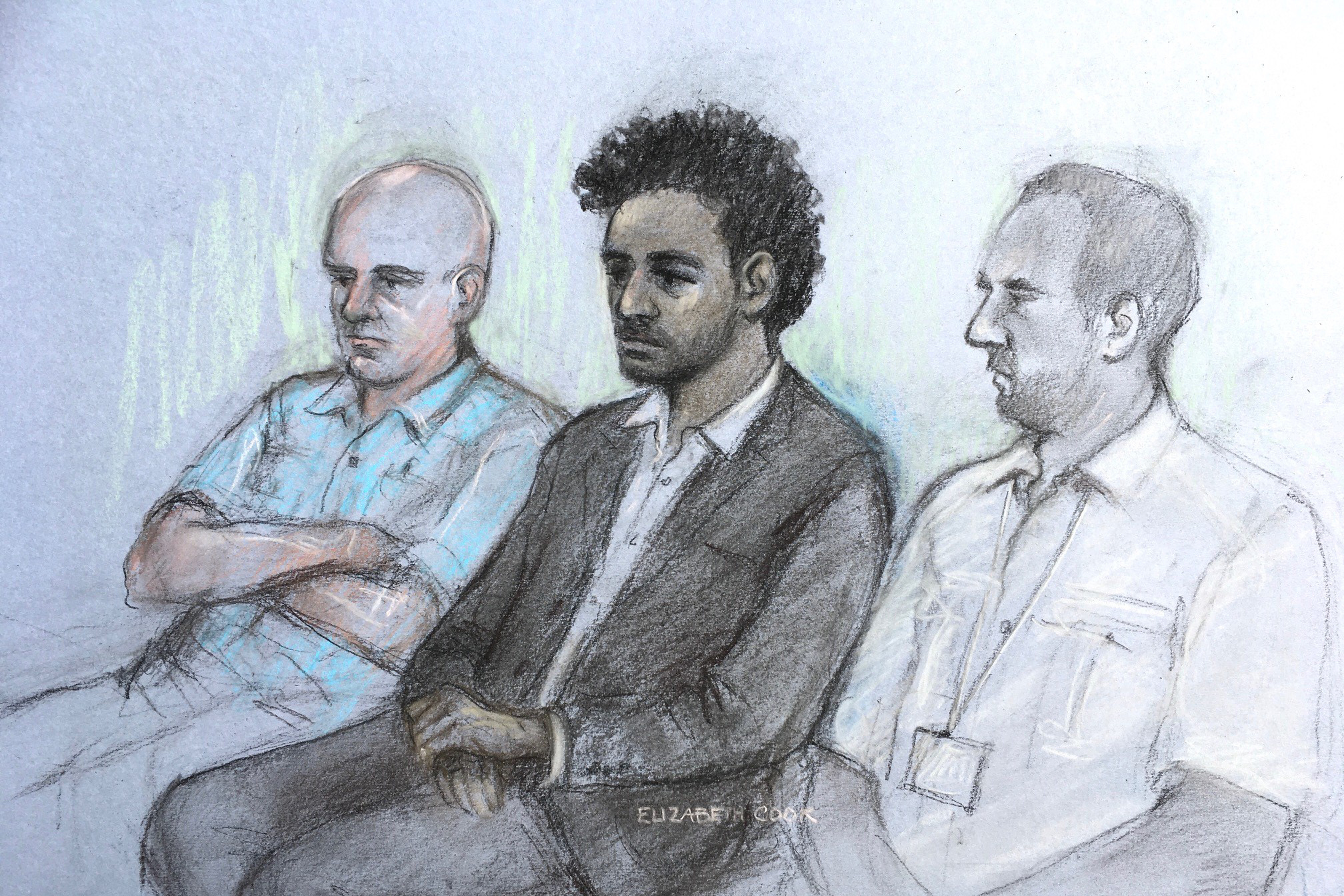 The mum was found dead in Akholt Wood, close to her home in Snowdown, Kent, on April 27 2021 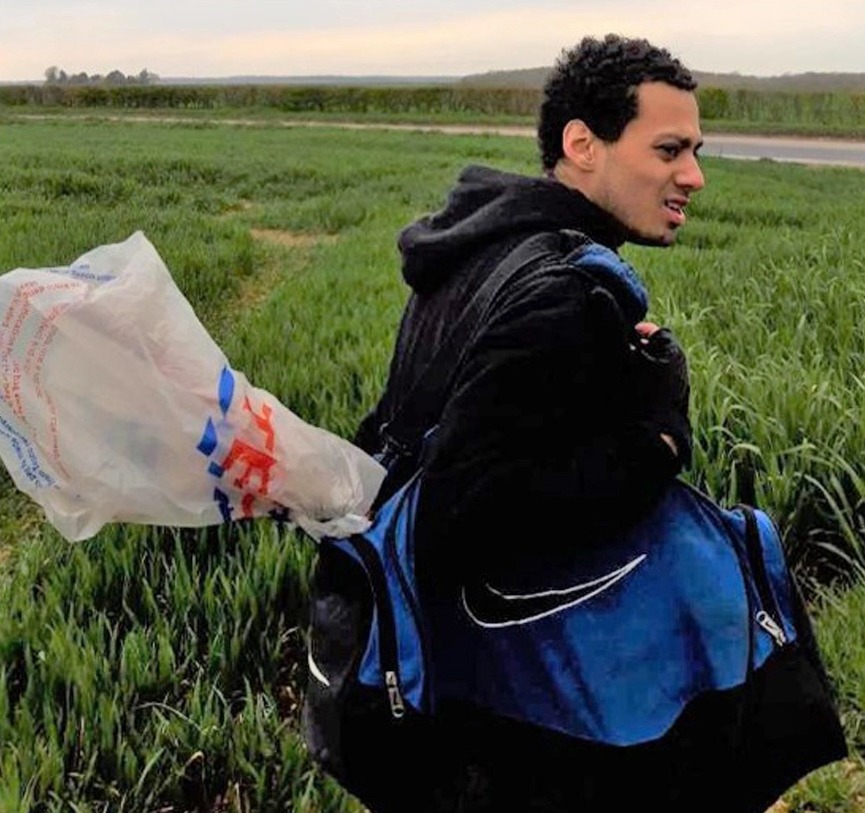 A photo taken by gamekeeper Gavin Tucker of Callum Wheeler in a field near Ackholt WoodCredit: PA 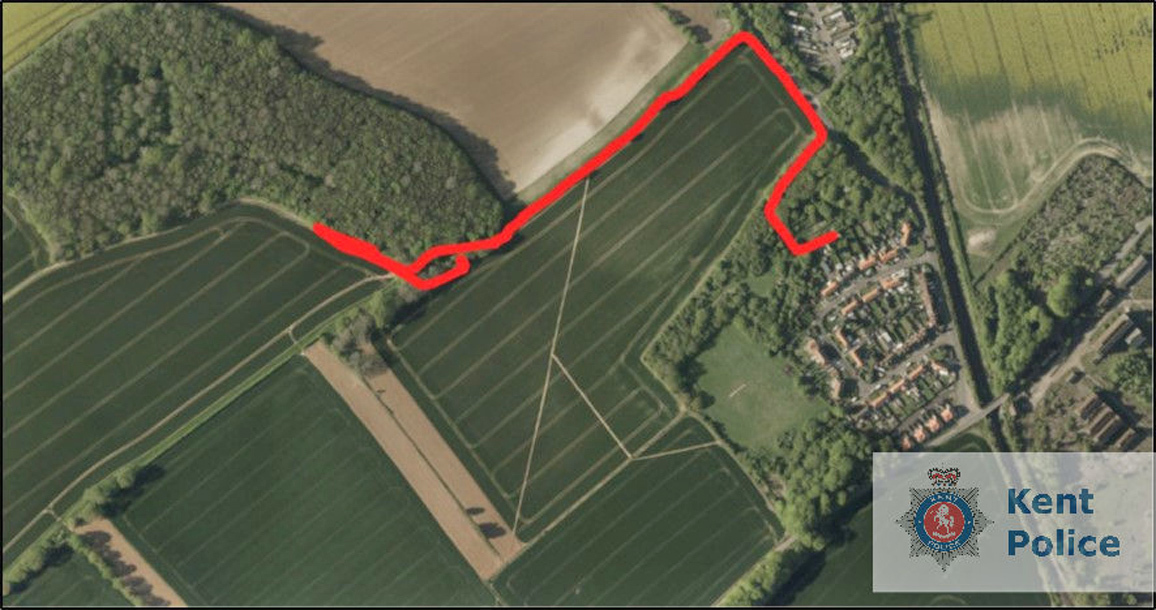 An illustration showing the route taken by Julia James on the day she died, mapped using data from her apple watchCredit: PA