Julia James: Cousin of killed PCSO asks ‘where is outrage’ over death 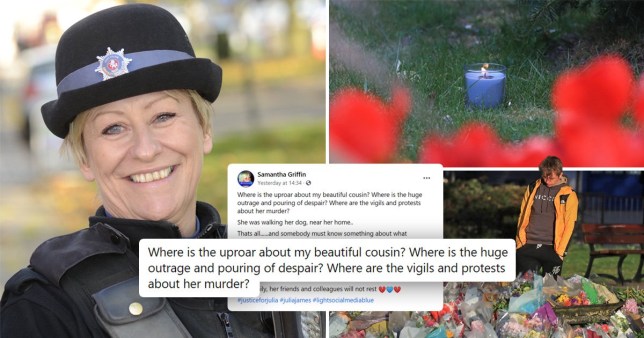 Mrs James, 53, was found dead in a woodland near Canterbury a week ago today (Picture: SWNS; PA)

A relative of murdered PCSO Julia James has hit out at the lack of uproar following her death a week ago.

Mrs James, 53, was found dead in a woodland near Canterbury last Tuesday after she went to take her Jack Russell for a walk. A murder investigation was then opened, but no arrests have been made.

Samantha Griffin, Mrs James’ cousin, took to Facebook this week to question why there hadn’t been a ‘huge outrage’ over the murder. It comes less than two months murdered Sarah Everard’s body was found just 25 miles away in Great Chart, Kent.

Ms Griffin wrote: ‘Where is the uproar about my beautiful cousin? Where is the huge outrage and pouring of despair? Where are the vigils and protests about her murder?

‘She was walking her dog, near her home. Thats all […] and somebody must know something about what happened!

‘The person who did this, is walking our streets and your communities… so let’s stand up and make sure we swamp social media with her beautiful face in the hope that we can get information or the vile human who did this decides to hold their hands up. Our family, her friends and colleagues will not rest.’ 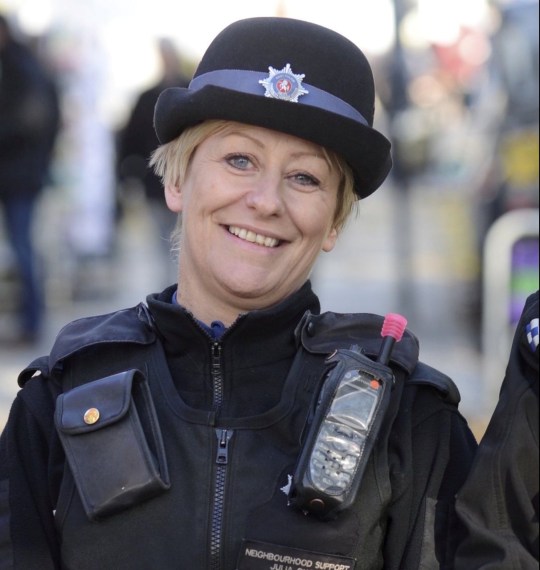 There are currently no suspects in the murder investigation (Picture: SWNS) 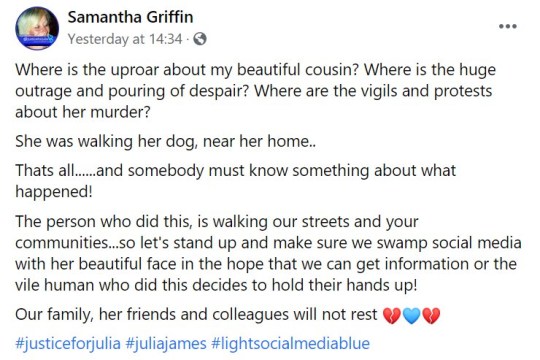 Samantha Griffin questioned where the ‘huge outrage’ for her cousin’s death was (Picture: Facebook)

This evening Mrs James’ daughter Bethan Coles asked people to light a candle and place it on their doorsteps at 7pm in memory of her mum.

She stated that many people had wanted to hold a vigil, but she thought such an event would need policing and could divert resources away from the murder investigation.

‘I’ve discussed this with my family and we are in agreement that we would prefer all police resources to be concentrating on the investigation as there is so much work to be done. 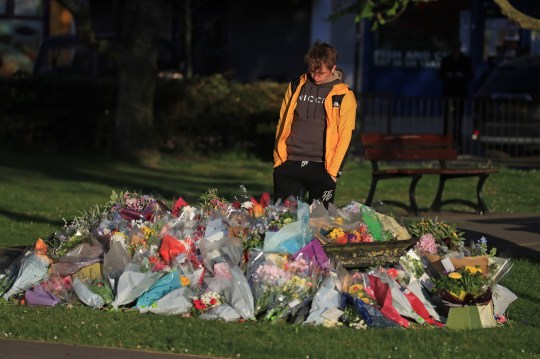 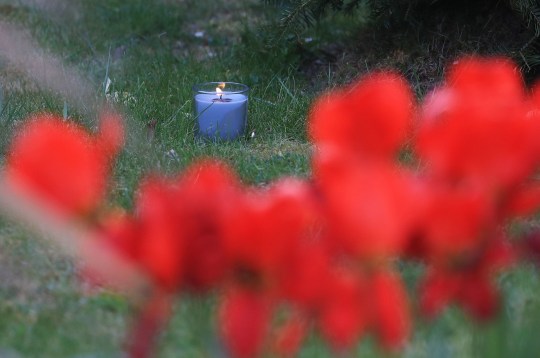 Many people lit candles this evening to mark one week since Mrs James’ death (Picture: PA)

‘I’ve been thinking perhaps we could ask those who wish to remember Mum to light a candle for her and leave it on their doorstep. This would be a beautiful nod to mum in a way that doesn’t intrude on the police investigation.

‘Tomorrow marks a week since we lost mum. At 7pm I will light a candle for her. Please feel free to share this message.’

In a tweet this evening, Prime Minister Boris Johnson acknowledged the gesture. He wrote: ‘Tonight we remember PCSO Julia James. My thoughts are with her friends and family.’

Police have admitted they have no suspects in their investigation so far, and are still trying to figure out the motive for Mrs James’ murder.