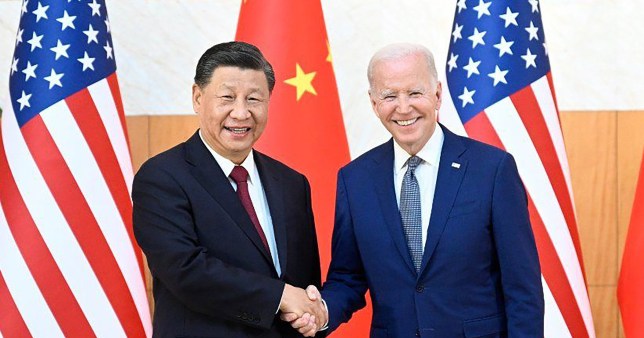 President Joe Biden and his Chinese counterpart Xi Jinping in a three-hour face-to-face meeting continued to run into disagreements – but seek to avoid a ‘new Cold War’.

The two presidents met in-person for the first time since Biden entered the White House, on the sidelines of the G20 summit in Bali, Indonesia.

Biden said he was ‘open and candid’ with Xi on various issues causing tension and that they were not close to being resolved. However, Biden said the deteriorating relationship between the nations was not headed toward a major conflict.

‘I’m not suggesting this is kumbaya,’ Biden told reporters, ‘But I do not believe there’s a need for concern, as one of you raised a legitimate question, a new Cold War.’ 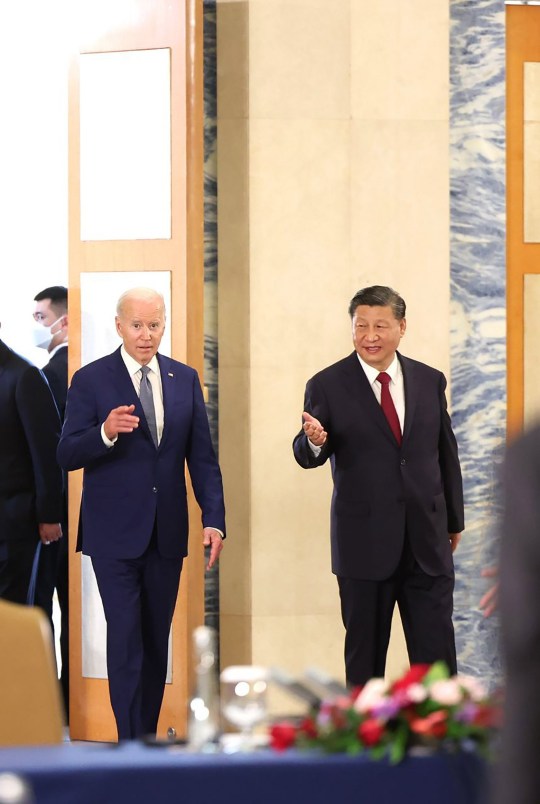 Biden told Xi that the US will ‘compete vigorously’ with the People’s Republic of China (PRC) as it has been, according to the White House.

‘He reiterated that this competition should not veer into conflict and underscored that the United States and China must manage the competition responsibly and maintain open lines of communication,’ states the White House readout of the meeting.

Xi warned Biden against crossing a ‘red line’ on Taiwan, a self-governing island that China considers part of its territory, Chinese state media reported. Meanwhile, Biden said he did not sense an ‘imminent’ invasion of Taiwan.

Biden ‘raised US objections to the PRC’s coercive and increasingly aggressive actions toward Taiwan, which undermine peace and stability across the Taiwan Strait and in the broader region, and jeopardize global prosperity’, according to the White House. 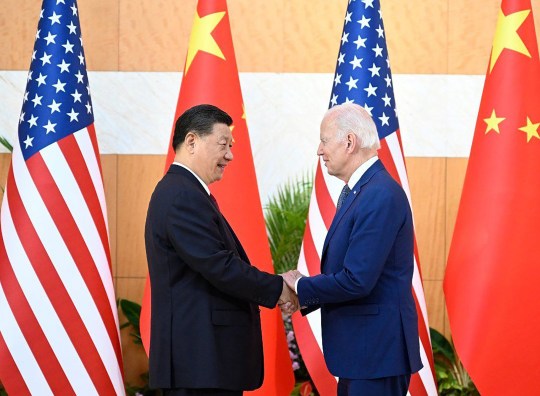 Xi did not take questions from foreign journalists, as has been his practice.

The presidents are in Bali for the G20 meeting of global leaders, which starts on Tuesday.

Biden stressed that the US and China must work together to address climate change, global food security, health security and debt relief, among other issues.

The two presidents agreed that US Secretary of State Antony will travel to China to follow up on their talks.