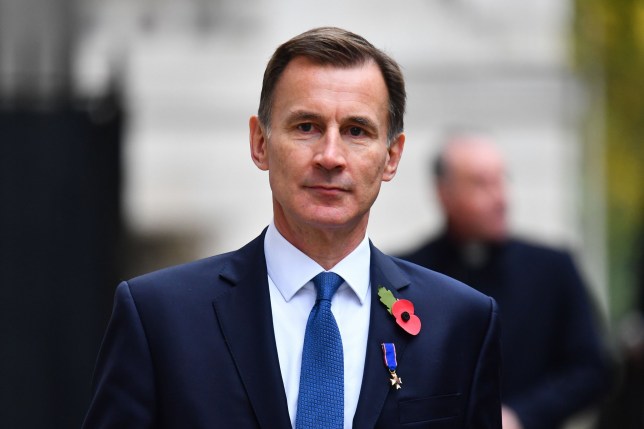 Jeremy Hunt hopes to bring Britain back on a ‘balanced path of stability’ (Picture: Rex Shutterstock)

The Chancellor will lay out the government’s second financial package in under two months tomorrow at 10:30am as inflation gnaws at people’s purse strings.

He is expected to all but tear down the policies of his tax cut-happy predecessor, Kwasi Kwarteng, that plunged the pound and sent the markets into a tizzy.

Mr Hunt will tell MPs in the House of Commons tomorrow that his £54 billion Autuman budget will put the UK on a ‘balanced path to stability’.

But doing this takes ‘difficult decisions’, Mr Hunt is expected to say he prepares to wield the axe over public spending and raise taxes amid the cost-of-living crunch.

Mr Hunt is expected to raise the minimum wage, increase the windfall tax on profit-happy oil and gas giants and dish out £1,100 of cost-of-living payments to vulnerable Brits. 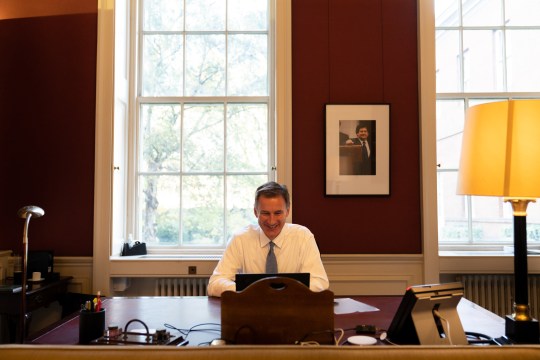 Jeremy Hunt is expected to raise taxes in an effort to keep inflation in line (Picture: Zara Farrar / HM Treasury)

Though he will likely scale back on former prime minister Liz Truss’ sprawling energy price cap by bringing it to an end next April, when the average bill is expected to swell from £2,500 to £3,000.

The chancellor may raise benefits and state pensions in line with prices, insiders told the BBC, something campaigners have long pleaded for.

Among the expected tax increases are capital gains tax and dividend tax.

He will also freeze the rates at which workers begin paying higher rates, slyly nudging some people up into higher tax brackets than they were in before. 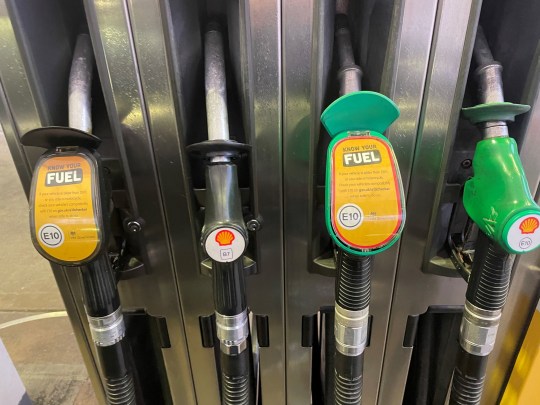 A prices at the pump rise, opposition MPs are calling on the government to keep households in mind as they roll out painfcult spending cuts (Picture: PA)

He will say: ‘We aren’t immune to these global headwinds, but with this plan for stability, growth and public services — we will face into the storm.’

‘High inflation is the enemy of stability,’ Mr Hunt will add as he tells Britain to brace itself for many ‘sacrifices’ ahead.

‘It erodes savings, causes industrial unrest, and cuts funding for public services. It hurts the poorest the most and eats away at the trust upon which a strong society is built.

‘Families across Britain make sacrifices every day to live within their means, and so too must governments because the UK will always pay its way.’

The cost-of-living crisis deepened in October, with consumer prices surging 11.1% from a year earlier — the highest in more than 40 years. 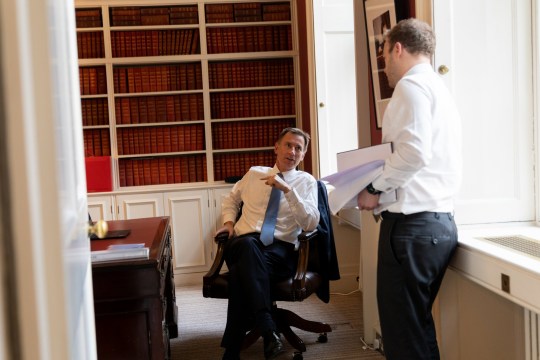 The Chancellor will likely face political pushback from the plans (Picture: HM Treasury)

‘We are taking a balanced path to stability: tackling the inflation that eats away at a pensioner’s savings and increases the cost of mortgages to families, at the same time supporting the economy to recover,’ Mr Hunt will add.

‘But it depends on taking difficult decisions now.’

The Bank of England is trying to bring inflation down by rising interest rates, a policy Mr Hunt will say will ‘work together’ with his own.

Opposition MPs are unlikely to be that impressed by the chancellor’s attempt to balance the books, though, as are some Tories strongly opposed to tax hikes.

Labour’s shadow chancellor, Rachel Reeves, said: ‘The country is being held back by 12 years of Tory economic failure and wasted opportunities and working people are paying the price.

‘What Britain needs in the Autumn Statement… are fairer choices for working people, and a proper plan for growth.’

The Liberal Democrats warned that Mr Hunt approach coupled with a ‘barrage of bills’ and rising mortgages will leave typical families £4,900 worse off in 2023.

Experts may raise their eyebrows as well. The new era of austerity Mr Hunt appears to be preparing isn’t quite ‘inevitable’, the think-tank IPPR says.

Mr Hunt’s approach to closing tight a ‘black hole’ on public spending should instead include more spending on helping households and protecting public services, an IPPR report said November 1.

And the Tory government should get ready for workers to react, Sharon Graham, the general secretary of the Unite union, said.

‘He can choose to inject investment into the NHS and deliver a fair pay deal,’ she said, ‘or he can leave it as it is today, in danger of fatal collapse.’