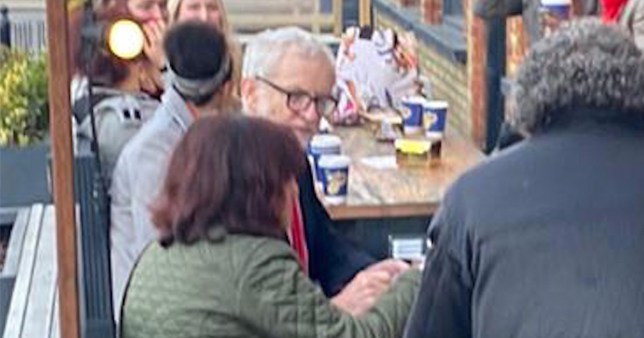 Jeremy Corbyn has been accused of breaking lockdown restrictions again.

The former Labour leader was spotted among a group of 12 outside a café during a wake, which did not appear to be following social distancing rules.

Mr Corbyn, 71, was also pictured without a face covering at the gathering, thought to be around 5pm on Tuesday in Finsbury Park, north London.

He had attended the funeral of a former Labour councillor, his spokesperson said – adding Covid-19 rules were observed.

The Government says up to 30 people can go to funerals in Covid-secure venues or outdoor spaces, but social distancing must be maintained and face masks must be worn where this is not possible.

Mr Corbyn and other members of the group are believed to have congregated on seats outside The Goods Office café in Stroud Green.

A local chef is said to have taken the photo of Mr Corbyn earlier this week.

He claimed he was told ‘you need to go away, this is a funeral party’. 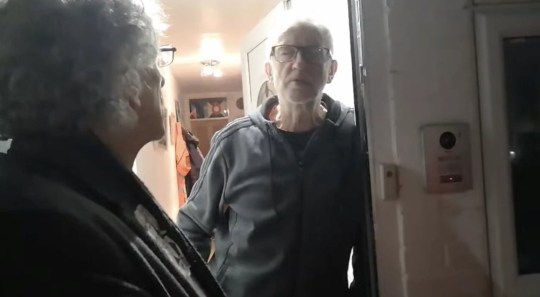 Mr Corbyn and brother Piers were accused of breaching lockdown rules in December after footage emerged of them chatting (Picture: YouTube/heiko khoo) 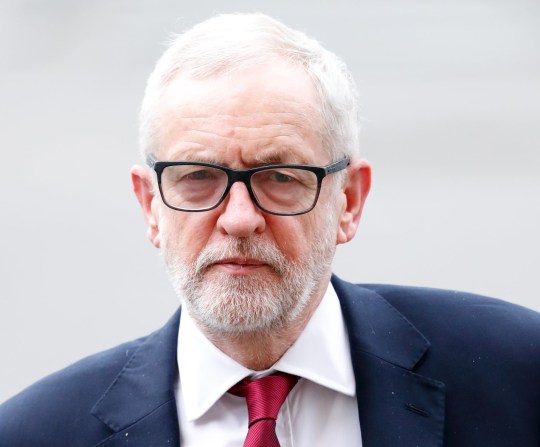 The café was closed at the time, its owner, Andrew Poynter, said.

‘A lot of people sit there. I don’t mind, I’d let anyone sit out there,’ he said.

The group are thought to have bought their drinks from a Londis store nearby before sitting down.

Video showed the siblings chatting on the Islington North MP’s doorstep with another man dressed as Father Christmas – before they shook hands.

Mr Corbyn also apologised after he was pictured flouting the ‘rule of six’ at a dinner party with eight other people, including wife Laura Alvarez, 51.

It is understood the event was hosted by a friend.