Former Labour leader Jeremy Corbyn has accused the party’s current leadership of ‘turning its back’ on the opportunity for change.

It comes after Sir Keir Starmer was forced to water down plans to change leadership election rules which would have taken away power from members.

The current Labour leader wanted to abandon the one member, one vote system, which helped Corbyn into power in 2015, but faced backlash from unions and party activists.

Speaking to a Young Labour rally at the party’s conference in Brighton, Corbyn took the opportunity to criticise the current leadership.

He said that despite members being promised unity, they were instead ‘given division’.

Corbyn added: ‘Empowerment was promised to our movement, not stitching up the rules for future leadership elections to prevent the Labour Party truly standing for the many, not the few.’ 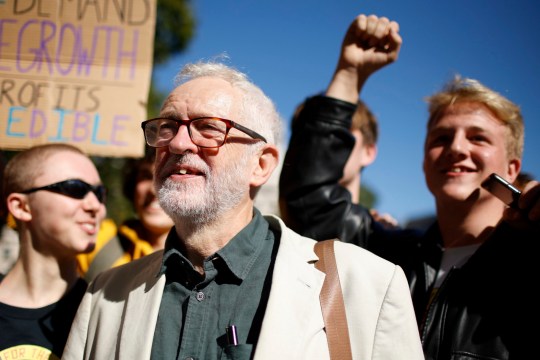 According to details released ahead of the event, Corbyn said: ‘Our movement has the ideas to change the world for the better. I look around this room at the energy and enthusiasm of young people, and I’m given great hope.

‘You are a generation that won’t just put up with what you’re given – insecurity, a dying planet and grotesque inequality.

‘You know that you don’t have to live without power or without hope. When we come together, we know that things can and they will change.’

He told Young Labour, which is on the left of the party, that ‘our party’s leadership seems to be turning its back on that hope for a more equal, democratic and sustainable future’.

Corbyn added: ‘In the last leadership election, our members and unions were promised unity, but instead we are given division. We were promised 10 pledges – and where are they? 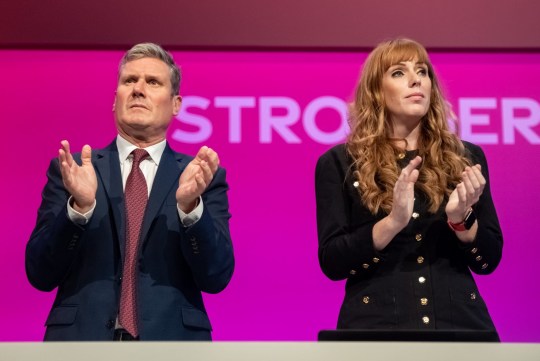 ‘We were promised effective opposition, but instead the Tories have been given a free pass time and again.

‘Empowerment was promised to our movement, not stitching up the rules for future leadership elections to prevent the Labour Party truly standing for the many, not the few.’

Corbyn said although Sir Keir’s planned changes to leadership election had been dropped after fierce opposition from unions, that ‘we have seen the leadership’s true colours’.

He added: ‘If we want the Labour Party to be a vehicle to win elections to confront the climate emergency and redistribute wealth and power to the many from the few, then we need to come together and get organised.

‘There is another way forward, for the Labour Party and Britain, that is based in peace and justice, in the policies the majority of people actually want, not what the establishment and its media mouthpieces insist they should want.

‘If our leadership won’t champion that path, our movement must and will.’

Corbyn was suspended from the party and had the whip suspended by Sir Keir in October last year, meaning he now sits as an independent MP.

This was over comments he made following an Equality and Human Rights Commission report into antisemitism within the party.

His membership was restored in November by its National Executive Committee, but the current leader refused to restore the whip.

This meant he was still able to get a pass for the party conference and was free to address fringe events.