Contenders from all over the world have showcased their extraordinary skills (Picture: Guinness World Records)

Today marks the eighteenth annual Guinness World Record Day, a yearly celebration of record-breaking where contenders showcase their extraordinary skills all over the world.

If you wanted to see some incredible feats, you came to the right place.

Among the record breakers were a professional gymnast backflipping, the most cars jumped over with a pogo stick, and the fastest time for someone to pull a car 50 metres while walking on their hands (they managed it in 1 min 13.27 secs).

One skilled contender was professional gymnast and Youtuber Ashley Watson, 29, who broke his own record for the farthest backflip between two horizontal bars, reaching an amazing 6 metres, in his home gym in Leeds.

Ashley said: ‘Being able to break my own Guinness World Records title after years of training feels incredible. Back in 2018 when I first broke the record I could never have imagined adding a whole 13cm onto the distance three years later.’

Adjudicator Alan Pixley said: ‘Seeing Ash achieve this record was truly spectacular – he totally embodies this year’s theme of super skills. Ash and all of this year’s Guinness World Records title holders are an example of how crafting your skills and strengths can lead you to becoming Officially Amazing.’ 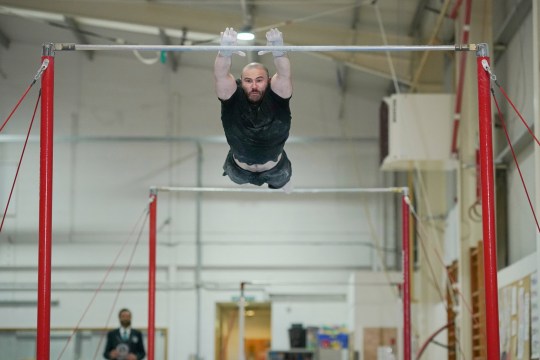 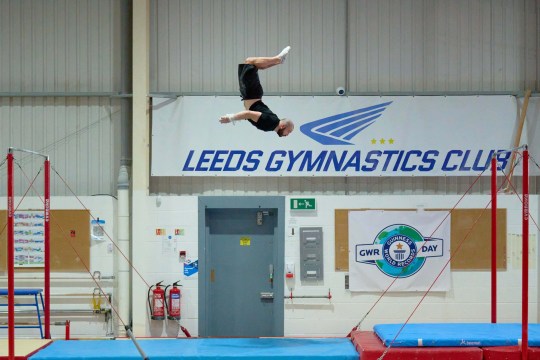 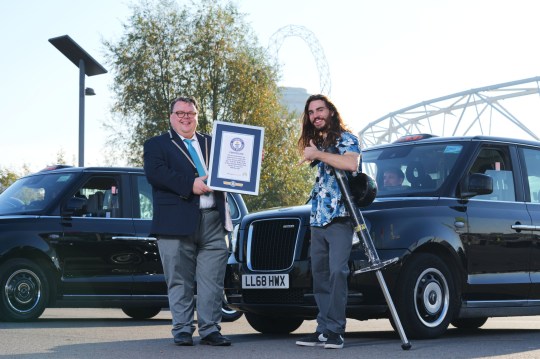 Another participant was Tyler ‘Ty-so-Fly’ Phillips, 21, from the US XPOGO Team, who broke the record for most consecutive cars jumped over on a pogo stick.

He bounced over five black London cabs in a row in Olympic Park, Stratford, which are the new electric models nearly two metres tall and 1.6 metres wide.

Tyler, from Tampa, Florida is a trailblazer in the extreme pogo sport known for his huge, crisp style, performing massive flips. He is the most popular pogo-er on TikTok with a following of over 220,000 and an impressive 3.6 million likes on his videos.

He attempted this challenge after his team-mate and former record holder Dalton Smith broke his ankle two weeks ago.

Ahead of the challenge, he said: ‘I’m really hyped to try this record. It’s definitely going to be a challenge – this is one of the toughest records in Pogo, and maybe the hardest thing I’ve ever tried.

‘It requires ridiculous precision and control, but I’ve been working hard the past year to progress my game and this is a really great opportunity to push the limits of what’s possible on a pogo stick.’ 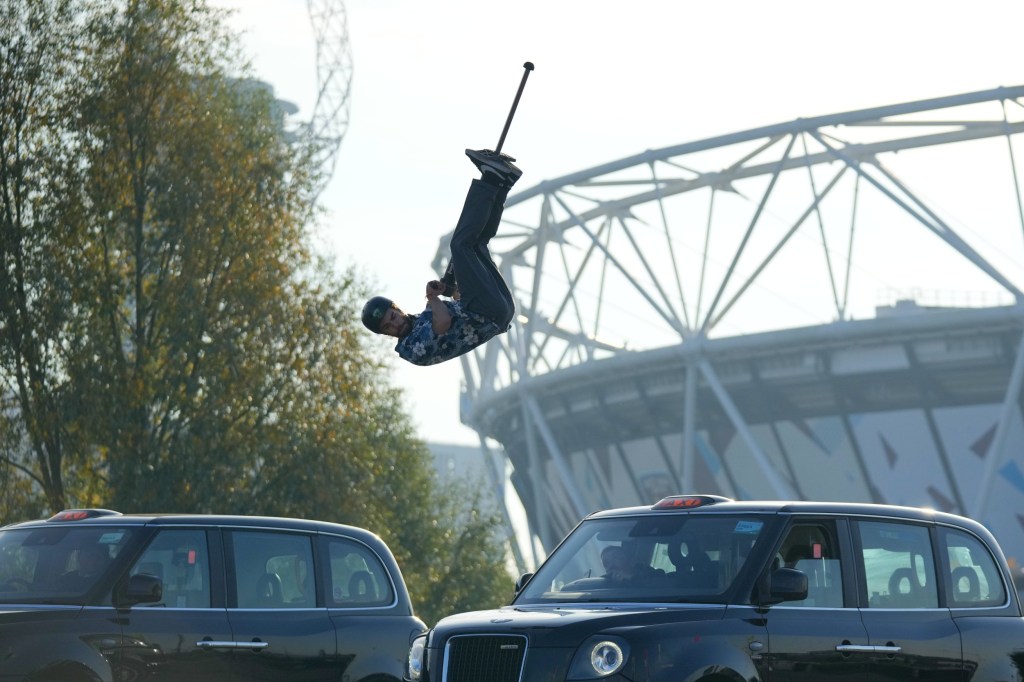 Tyler Phillips on a pogo stick, jumping over the 5 electric black cabs in a row in Olympic Park, Stratford
(Picture: Guinness World Records) 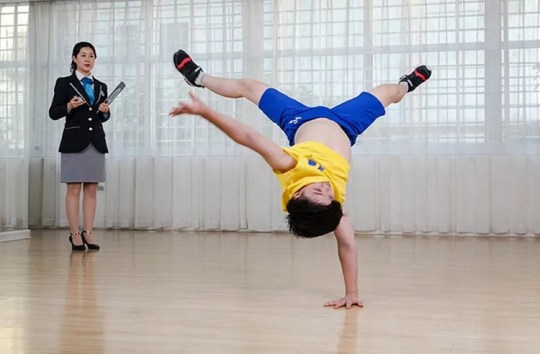 Other titles achieved included most consecutive breakdance air flares (male), which was achieved by B-boy Wang Guanwutong, 11, from China, who beat his previous total.

Also in China, PE teacher Zhang Shuang pulled a Morris Garages (MG) DS car for 50 metres while walking on his hands, in just 1 minute and 13.27 seconds. 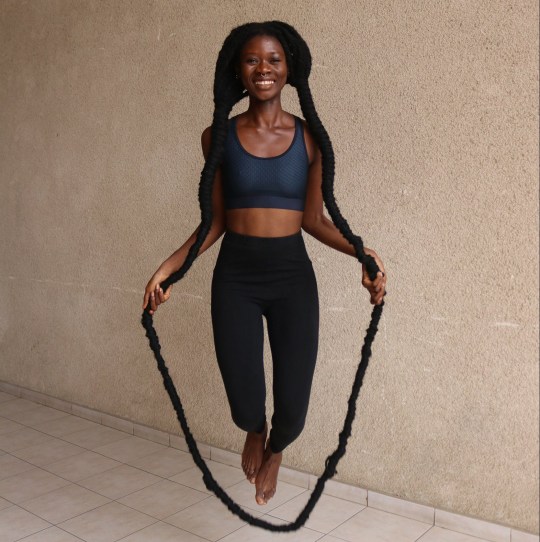 Laetitia Ky_Most skips over own hair in 30 seconds

Guinness World Records are famous for their weird and wonderful challenges, with records ranging from longest fingernails to how many jumpers someone can put on in 30 seconds.

In May last year, Kwok-Fai Law from Hong Kong broke the record for the most rope skips in one minute while keeping a football in the air with the head, managing 138 in May last year.

Laetitia Ky, from Abidjan in Ivory Coast, holds the record for the most skips over a person’s own hair in 30 seconds.

Animals can also join in, with Lou the coonhound holding the record for longest ears on a dog with each ear measuring 34 cm (13.38 in).

Craig Glenday, Editor in Chief of GWR book, said: ‘This year on Guinness World Records Day, we’ve been blown away by the incredible talent and show of strength from our new record holders.’

In 2004 GWR became the best-selling copyright book of all time, encouraging some now-historic groundbreaking performances.

This year over 1,000 applications were received from ambitious record-breakers across the world, wishing to attempt records to land their place in the next edition of the book.

According to the Guinness World Records, to apply to become a record-holder you need to have extraordinary skills, dedication, and commitment. With around 60% of applications for new records being rejected, it’s not enough for applicants to be the first to suggest a record.

The book contains records set from all over the world and is published in over 100 countries and 23 languages.