A coalition of Jamaican leaders has written the royal family an open letter calling for the British monarchy to pay slavery reparations (Picture: Reuters)

William and Kate’s Caribbean tour faces further protests with Jamaican campaigners accusing the Queen and her predecessors of perpetuating slavery.

A coalition of Jamaican politicians, business leaders, doctors and musicians have written an open letter calling for the British monarchy to pay slavery reparations.

‘We note with great concern your visit to our country Jamaica, during a period when we are still in the throes of a global pandemic and bracing for the full impact of another global crisis associated with the Russian/Ukraine war,’ the letter states, according to a section quoted by The Independent’s race correspondent Nadine White.

‘We see no reason to celebrate 70 years of the ascension of your grandmother to the British throne because her leadership, and that of her predecessors, has perpetuated the greatest human rights tragedy in the history of humankind.’

Protests are expected to greet the Duke and Duchess of Cambridge outside the British High Commission in Kingston tomorrow as they arrive in Jamaica for a three-day visit before departing for the Bahamas on Thursday.

The apparent opposition in Jamaica comes after the royal couple cancelled a major visit to a farm in Belize following protests from the local community which cited a range of issues including objections to the Cambridges’ helicopter landing site.

The visit was replaced with a trip to a chocolate producer before the royals travelled to the cultural centre of the Garifuna community in Hopkins. 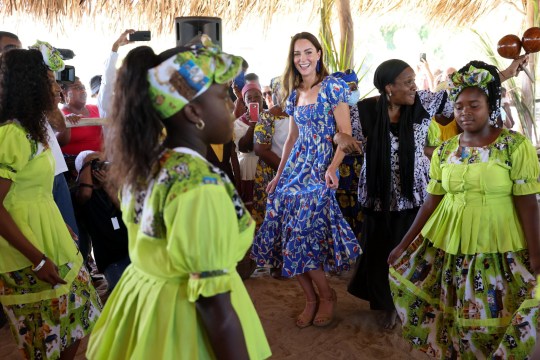 Kate Middleton dancing away with people in Hopkins, a small village on the coast of Belize (Picture: Chris Jackson/Pool/Getty Images) 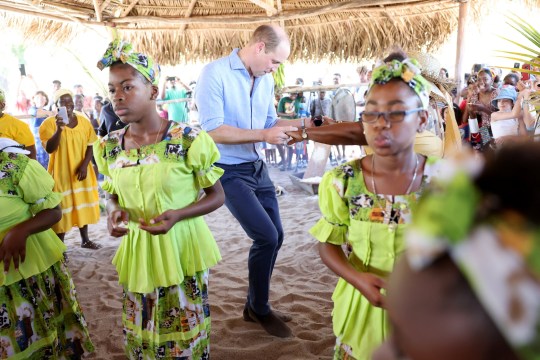 The Cambridges are due to visit stunning ancient Maya ruins deep in the heartland of Belize today.

They will be given a tour of the site and have the chance to take in Caana, or sky palace, which remains the tallest man-made structure in Belize.

The duke visited Belize as a teenager in 2000, when he reportedly learned jungle survival techniques with the Welsh Guards who were receiving training from the British Army Training Support Unit as part of Exercise Native Trail.

William was beginning a gap year before university at the time and while in the jungle, the then 18-year-old duke got his A level results.

The last engagement of the day will see the couple attend a reception hosted by the Governor General of Belize at the Maya ruins at Cahal Pech, near San Ignacio. 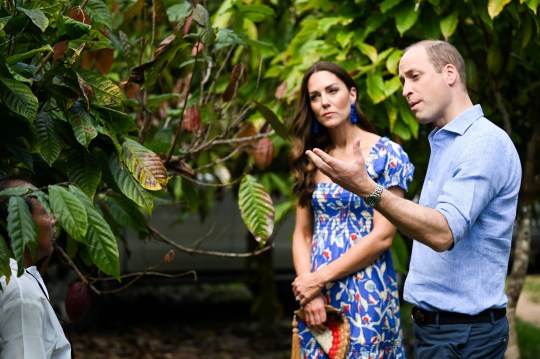 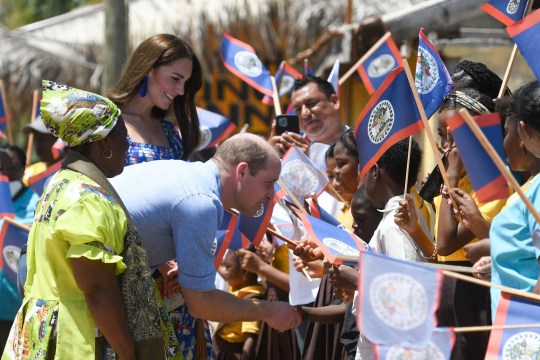 Kate and William have received a mixed welcome during their tour of the Caribbean so far (Picture: Johan Ordonez/AFP via Getty Images)

The special reception will be held in celebration of the Queen’s Platinum and William will give a speech.

During their first full day in Belize on Sunday, the couple toured a cocoa farm and danced during a visit to a nearby village.

The royal’s reportedly danced ‘like nobody’s business’ during the visit, much to the delight of Belize crowds.

Kate was first to move to the beat and was soon followed by a shimmying William.

Local organiser Laura Cacho, 57, who danced with the future king, said about the couple: ‘They were shaking their waists like nobody’s business.’

How to stop snoring for good – experts share their tips