Two days ago, not many people would have recognised the name ‘Jackie Weaver’.

Now, she’s being lauded online as the parish council feminist icon we didn’t know we needed.

The unexpected viral star revealed today she believes some councillors behaved aggressively towards her in the foul-tempered Handforth Parish Council Zoom meeting as they ‘didn’t like being told no by a woman’.

Speaking to LBC, she said it felt good to stand up for herself as ‘the councillors were absolutely out of order’.

When questioned on the reason behind the ‘level of aggression’ seen in the clip, Jackie said: ‘I think there’s a couple of things. This has gone on in Handforth for some period of time and I think people were very frustrated.

‘But I guess the more serious point, having listening to it being replayed once or twice since, I kind of feel that maybe an underlying part of it was they just didn’t like being told no by a woman.’

The chief officer of the Cheshire Association of Local Councils went onto say ‘sexism’ was ‘certainly part of it’. 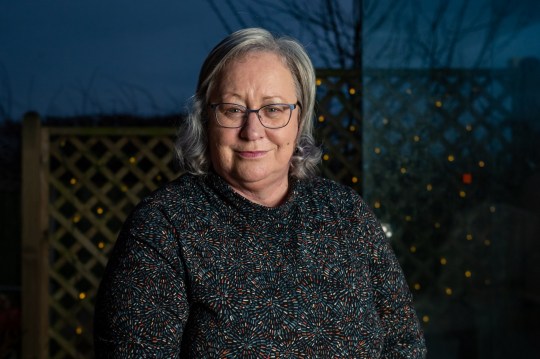 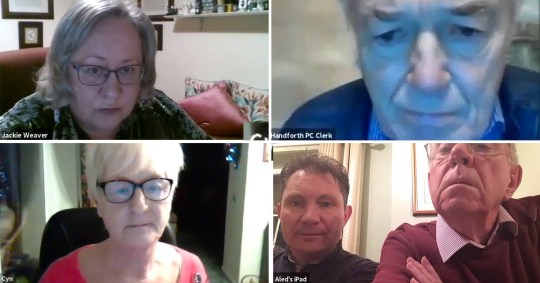 Jackie said it felt good to stand up for herself (Picture: PA/Handforth Parish Council)

She added: ‘There are rare occasions in life where you feel you are able to do the right thing… the councillors that were absolutely out of order, it was good to say no.’

Viewers around the world watched in disbelief as the Parish Council online gathering descended into chaos, resulting in three councillors being kicked out of the Zoom room.

The footage came to light after A-Level student Shaan Ali, 17, posted it on social media.

The teenager told the BBC he likes watching local authority meetings as he’s ‘fascinated’ by the role they play.

Despite a passion for politics, the youngster isn’t keen to go into the field.

He said: ‘Probably not – I don’t think I have the skills nor the responsibility because I’m incredibly chaotic and I’d end up losing case files and stuff.

‘You have to have a lot of determination – as you see in that video, Jackie had to deal with everyone and it’s not an easy job – I don’t think I could handle it!’