The travel disruption many experienced over the course of the summer seems set to continue for now. (Picture: Getty)

During what many dubbed the ‘Summer of discontent’, the UK saw industrial action across numerous sectors, with barristers, postal workers, and airline staff all voting to go out on strike over issues surrounding pay and conditions.

However, some of the most disruptive strikes saw transportation unions walking out, with members of the RMT (the National Union of Rail, Maritime and Transport Workers), the TSSA (Transport Salaried Staffs Association) and ASLEF (Associated Society of Locomotive Engineers and Firemen) all taking action.

Now it looks like strikes are set to continue into the autumn, with some scheduled for this month.

However, the planned strikes for today (November 7) were cancelled as RMT said it has secured ‘unconditional’ talks with Network Rail.

The union, which represents 80,000 workers, will now enter into a ‘period of intensive negotiations’ with the company and rail operators.

That means there are no planned train strikes scheduled for today. 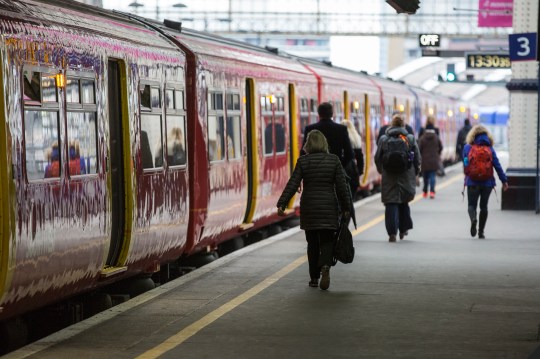 No, there are no strikes today (Picture: Getty)

‘The current dispute remains very much live, and the union is continuing its re-ballot of members to secure a fresh mandate for action with the result due on 15 November,’ the RMT added.

However, Tim Shoveller, Network Rail’s chief negotiator, warned commuters not to rush back to any travel plans they may have cancelled.

‘It’s welcome news that the RMT has called off its strikes but the very late notice means that services for tomorrow cannot be reinstated and will remain extremely limited, and while we, and our train company partners, will work without pause over the weekend, there will be limited ability to change the “strike timetable” for Monday,’ he said.

‘Our advice remains to please check before you travel and on Saturday and Monday and only travel by rail if absolutely necessary.’

The National Rail Enquiries page contains all the latest information on disruptions to today’s rail journeys – you should visit it to find out if your travel is still delayed. 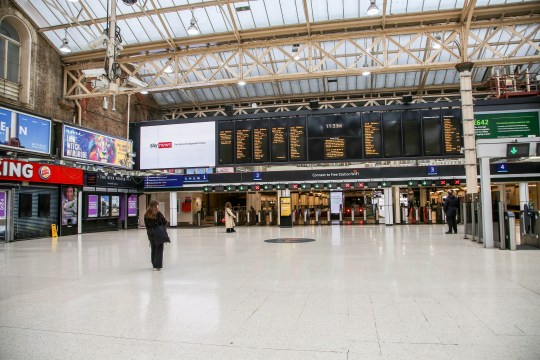 There are no strikes – but your journey may still be delayed (Picture: Steve Taylor/SOPA Images/LightRocket via Getty Images)

As part of a separate dispute, TfL and London Overground (Arriva Rail London) will strike on Thursday, November 10.

Speaking earlier in the month, Mick Lynch, RMT general secretary, said: ‘Throughout this whole dispute, the Rail Delivery Group has been completely unreasonable by not offering our members any deal on pay, conditions and job security.

‘Some of our members on the train operating companies are some of the lowest paid on the railways.

‘This stands in stark contrast to rail operating company bosses making millions of pounds in profit.

‘We remain open to meaningful talks, but we are steadfast in our industrial campaign to see a negotiated settlement for all our members in this dispute.’

In response, a Rail Delivery Group spokesperson said: ‘We are frustrated that the RMT leadership has decided to take further strike action.

‘Given their recent call for ‘intense negotiations’ we had hoped they would give our staff and customers a much-needed break from the disruption and lost pay of the last five months.

‘Instead of inflicting more unnecessary long-term damage to the industry we all want to see thrive, we ask the RMT to recognise the very real financial challenge the railway faces, and work with us towards a fair deal that both offers a pay rise and includes the long overdue changes we need to make to improve services for our customers.’