A herd of adult and baby elephants walk in the dawn light in front of Tanzania’s Mount Kilimanjaro (Credits: AP)

Scientists have used DNA testing of ivory to uncover the international criminal networks behind the trafficking of the product out of Africa.

Experts say the genetic connections they found indicate a higher degree of organisation among ivory-smuggling networks than previously known.

It is hoped that exposing the connections between separate ivory seizures – sometimes made thousands of miles apart – will boost evidence against the criminals arrested for elephant poaching and ivory smuggling.

The scientists used DNA analysis to identify tusks of elephants that were close relatives – parents and offspring, full siblings and half-siblings.

Identifying close relatives indicates poachers are probably going back to the same elephant populations over and over again.

The study analysed the DNA of more than 4,000 African elephant tusks from 49 seizures made in 12 African countries between 2002 and 2019. 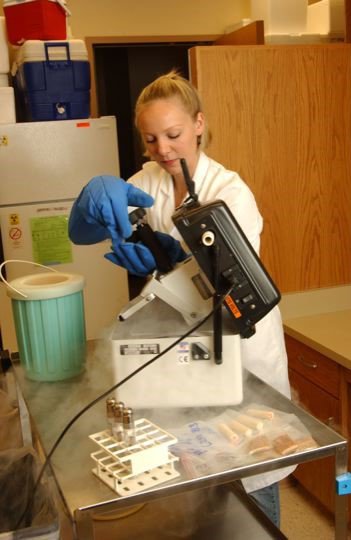 Tests on the 111 metric tons of ivory revealed the majority of the shipments could be linked based on matching tusks either from the same individual or from close relatives.

Lead author Samuel Wasser, a University of Washington professor of biology and director of the Centre for Environmental Forensic Science, whose group developed the genetic tools behind this work, said: ‘These methods are showing us that a handful of networks are behind a majority of smuggled ivory, and that the connections between these networks are deeper than even our previous research showed. 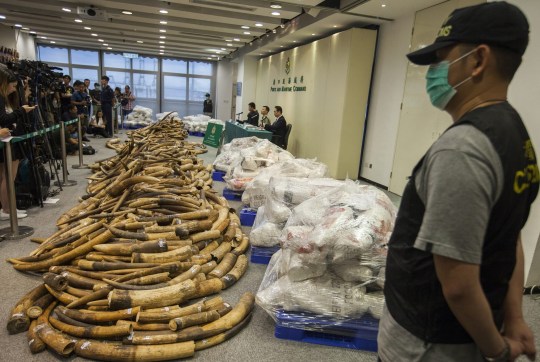 ‘If you’re trying to match one tusk to its pair, you have a low chance of a match. But identifying close relatives is going to be a much more common event, and can link more ivory seizures to the same smuggling networks.’

The illegal ivory trade, along with habitat loss, climate change and other factors, has destroyed the two elephant species in Africa. 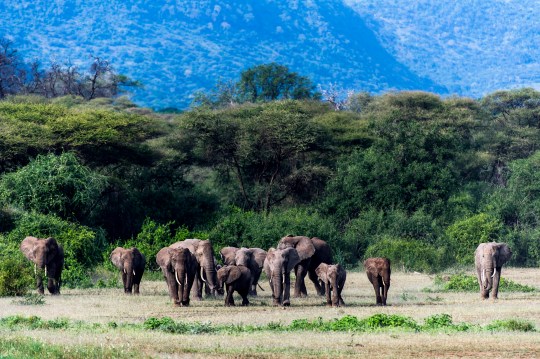 Elephants across the planet have had their populations decimated by ivory smuggling and habitat destruction.

There are an estimated 415,000 elephants left in Africa, where the species is regarded as vulnerable, although certain populations are being poached towards extinction.

Meanwhile, Asian elephant numbers have dropped by at least 50% over the last three generations, and they’re still in decline today.

There are only 40,000-50,000 Asian elephants left in the wild and the species is classified as endangered.

While ivory seizures come from elephants that have already been killed, the tusks provide information about the poaching, shipment activities and connectivity of traffickers, researchers say.

While previous work by Dr Wasser and his colleagues identified tusks from the same elephant that were separated and smuggled in different shipments, the new method involves looking for close relatives.

Dr Wasser said: ‘Identifying close relatives indicates that poachers are likely going back to the same populations repeatedly – year after year – and tusks are then acquired and smuggled out of Africa on container ships by the same criminal network. 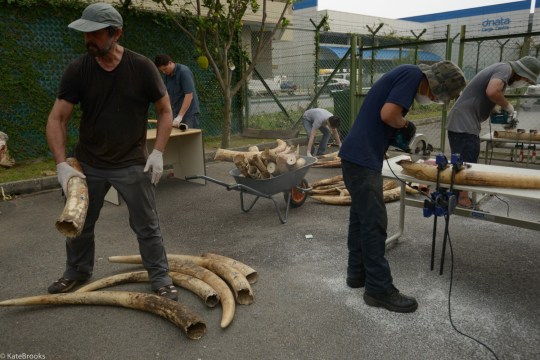 Samuel Wasser (L), a University of Washington professor of biology and director of the Centre for Environmental Forensic Science, and his team sorting tusks from a seizure in Singapore in 2015 and using saws to cut away ivory samples for subsequent DNA extraction and genetic analysis. (Credits: PA)

‘This criminal strategy makes it much harder for authorities to track and seize these shipments because of the immense pressure they are under to move large volumes of containers quickly through ports.’

According to the genetic testing, a handful of interconnected smuggling networks are likely to be behind most large ivory shipments, often exported from ports in Kenya, Uganda and Nigeria.

By expanding the analysis to identify tusks from close relatives, the team, and agents with the US Department of Homeland Security could also link seizures from a dozen countries in Central and West Africa, stretching from Ivory Coast on the Atlantic Ocean to Mozambique on the Indian Ocean.

The larger analysis also can track how smuggling networks shifted their operations to different ports over time.

The findings are published in Nature Human Behaviour.