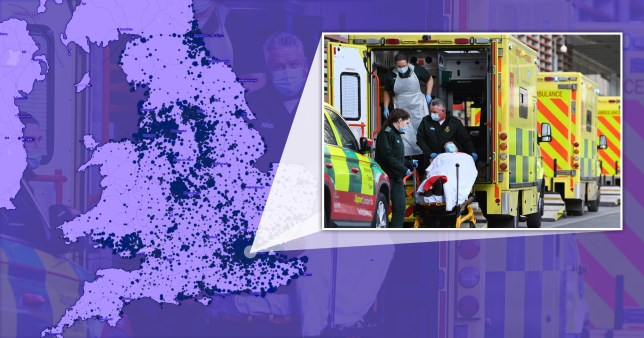 An interactive ONS map allows users to see how many Covid-19 cases there have been in each area (Picture: EPA/ONS)

Only 0.5% of local areas in England and Wales have recorded no coronavirus-related deaths, official data shows.

The latest figures by the Office for National Statistics (ONS) show that just 36 of 7,209 local areas have managed to escape any fatalities linked to the virus.

ONS’s data covers the period from March 2020 to the end of January 2021 and was published on Thursday via an interactive map revealing fatalities by area.

Users can type in their postcode in the map below to see a break down of Covid-19 deaths in their local area by month, or check how many fatalities there have been since the start of the nations’ outbreaks.

Crabtree and Fir Vale in Sheffield was the local authority with the highest number of Covid-related deaths in England and Wales, recording 72. This was followed by West St Leonards, Hasting, with 62 fatalities.

The data revealed that January 2021 had the highest mortality rate for the same month since 2003.

Figures showed there were 68,796 deaths registered in England last month – almost 30% more than the five-year average.

London had the highest Covid death rate in England last month with 900.6 deaths per 100,000 people.

The East of England was second with 700.2, while the South West had the lowest rate in the country with 295.6 deaths.

And the data further proved that people living in poorer areas are more at risk of dying with the virus, as the most deprived areas in England had a Covid mortality rate 1.8 times higher than the most affluent. 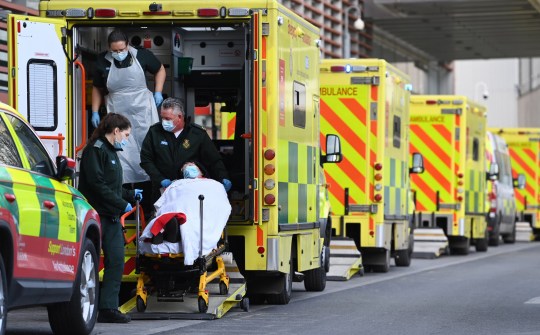 The data showed there were almost 30% more deaths in England than the five-year average (Picture: EPA)

Covid-19 was found to be the leading cause of death for the third consecutive month, accounting for 37.4% in England and 35.2% in Wales.

Dementia and Alzheimer’s was the second leading cause of death in England, while it was ischaemic heart disease in Wales.

Out of those who died with Covid-19, the most common pre-existing condition they had was dementia and Alzheimer’s, identified in more than 25% of cases.

Coronavirus accounted for more than four times the number of deaths than dementia and Alzheimer’s and ischaemic heart disease across both nations.