TERRIFIED locals have dubbed it ‘Drug Tower’ – a building where hooded figures come and go, selling drugs as families cower in their homes.

Heroin and crack cocaine dealers has become an “epidemic” in the area with flats in this Manchester tower block taken over by drug gangs. 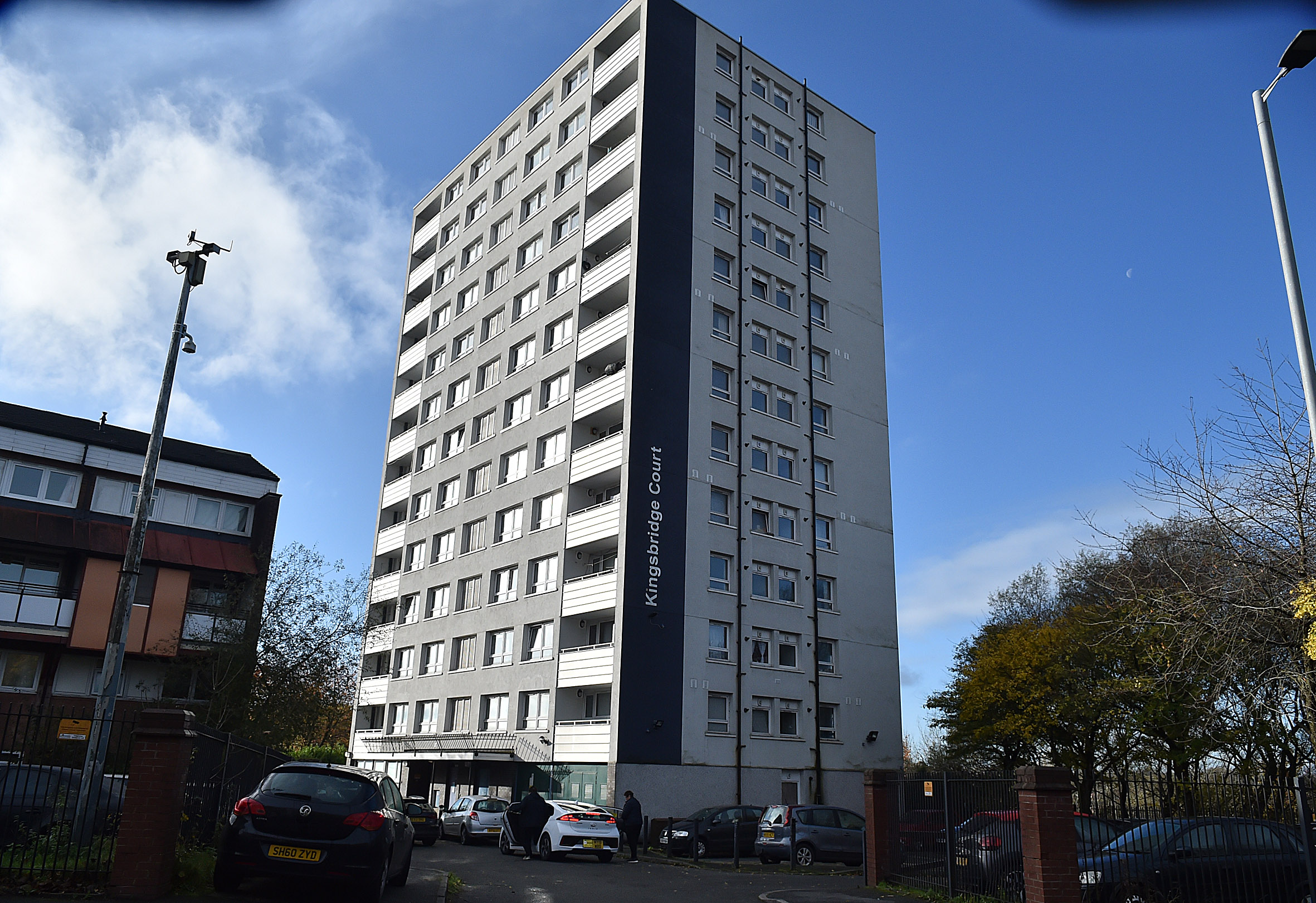 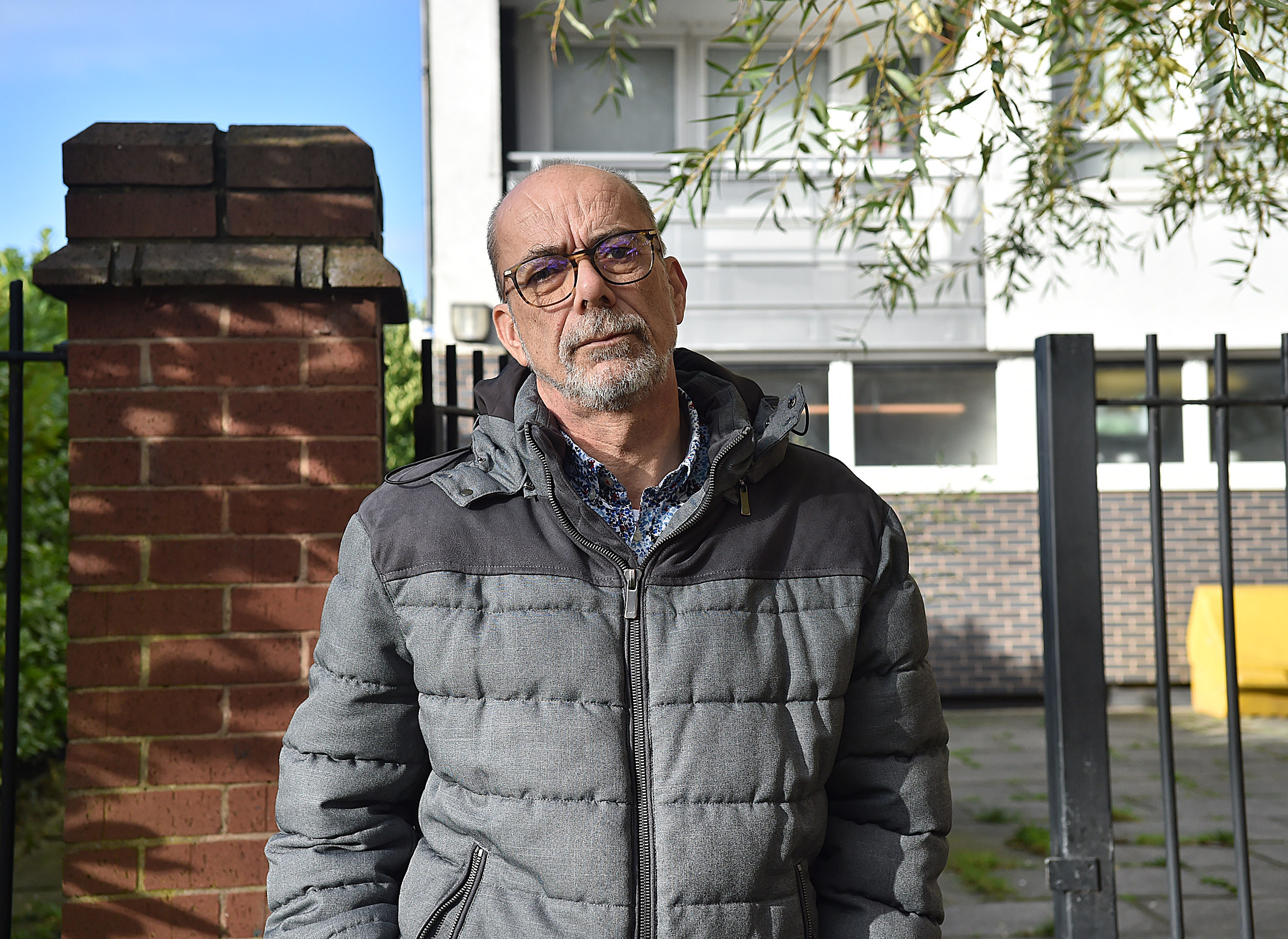 Resident Dave Gardner says the problem has only got worse since the pandemicCredit: STEVE ALLEN

Machete-wielding gangs have fought with knives in the surrounding estate outside and there have been numerous shootings in crime-ridden Harpurhey.

Wraps of heroin or crack cocaine can be bought for as little as £20.

And residents of Kingsbridge Tower, once known as ‘Scruffy Tower’ for its rundown look, are now at their wit’s end – begging cops and the council to act to stop the “nightmare” of drug gangs.

They say drug-users are seen “shooting up” in the halls while the “constant smell” of cannabis floats around the tower where a two-bed flat cost £75-a-week to rent. 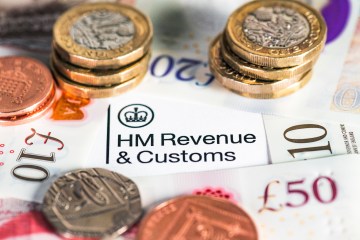 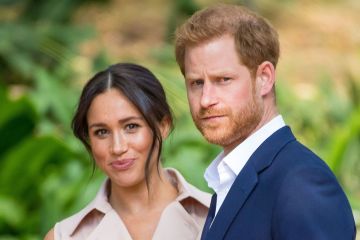 Some residents have been the victims of “cuckooing” in which gangs take over the homes of vulnerable people to use as a base for drug dealing.

Carer David Gardner, 54, said: “It seems to have got worse since Covid.

“People seem to have changed and the problems have got worse.

“We’ve had the odd person mugged as they come back from the shops or pub.

“The flats became a magnet for rough sleepers during Covid but drug users also moved in.

He added: “Some flats have been taken over by drug gangs and you see people come and go.

“We have seen people on the estate running around with machetes and fighting with knives.

“We just need the council and police to act. I’ve had a meeting with them so we will see what happens.”

There have also been problems with mould and decay as well as the sprinklers not working.

Neighbours claim brazen drug dealers even sell in broad daylight with customers turning up in the early morning.

One, a reformed drug dealer, 46, said: “It’s an epidemic round here. Drug dealing is rife.

“You see people waiting at the bus stop and then they take they to a back alley to buy.

“It is shocking. It’s so open.

“Others drive up in cars and the young dealers lean in and then come out with with a roll of money.

“To be fair there has been a bit of a lull recently as there have been more police seen on the estate.

“But they’ll be queues of people again if nothing is done.”

A young mum lowers her voices as a youth in a black hooded coat walks out of the flats where a rusting washing machine has been dumped.

The 20-year-old said: “You see them coming in and out of the flats all the time.

“It is a haven for crack and heroin users and dealers.

“I knew a woman who was sporty and had it all together. She had a flat in there and after six months she was a wreck.

“There’s drug gangs on the estate. I know one who is younger than me and he would chop anything in half if you crossed him.

“They are a few scary people round here.”

Last year cops raided a home on the road running by the side of Kingsbridge Tower and found cocaine and cannabis worth £4,000 stuffed inside a JD Sports bag.

The North Manchester tower block has also been plagued by anti-social behaviour.

Two years ago three cops were injured after being attacked by a man armed with a knife.

They had been called after he smashed up cars with a pole. One was slashed as they tried to Taser the thug.

Detective Superintendent Christopher Downey of Greater Manchester Police said: “Firstly, I would like to reassure the local residents of Kingsbridge Court and around the surrounding areas of Harpurhey that we are aware of a growing number of issues within the local area.

“I would like to thank members of the community for sharing their experiences and concerns with us and over the coming days and weeks we will work with the local community and partner agencies in order to address any concerns they may have an future proof the community to prevent any further crime.

“Our officers have recently undertaken days of action in response to the concerns raised and we have made several arrests including a male dealing drugs.

“Of course this is just the start of our action and we will be taking further action in the future to ensure crime reduces in the area.

“Greater Manchester Police will not tolerate any form of criminality in our communities, Harpurhey is no exception.”

A Manchester City Council spokesperson said: “Unfortunately, drug dealing has been a persistent issue and we will continue to work with GMP colleagues on tackling the problems that have been raised by these residents.”

Up the road from the block of flats is late comic Bernard Manning’s ‘World Famous Embassy Club’ and ‘A Clockwork Orange’ author Anthony Burgess was born in the area.

Harpurhey was once named the most-deprived neighbourhood in England but is still plagued by crime and poverty.

Mum-of-one Kylie Hughes, 27, said: “There are problems on the estates with young kids delivering drugs with the gangs recruiting kids as young as 12 or 13.

“You see them delivering on their bikes.

“But there are good people here but many are struggling and need foodbanks.”

Back at Drug Tower, a woman has just hung up an England flag ready for the World Cup.

She said: “Let’s hope Harry Kane and the lads can win it.

“That’ll bring some joy to the place.” 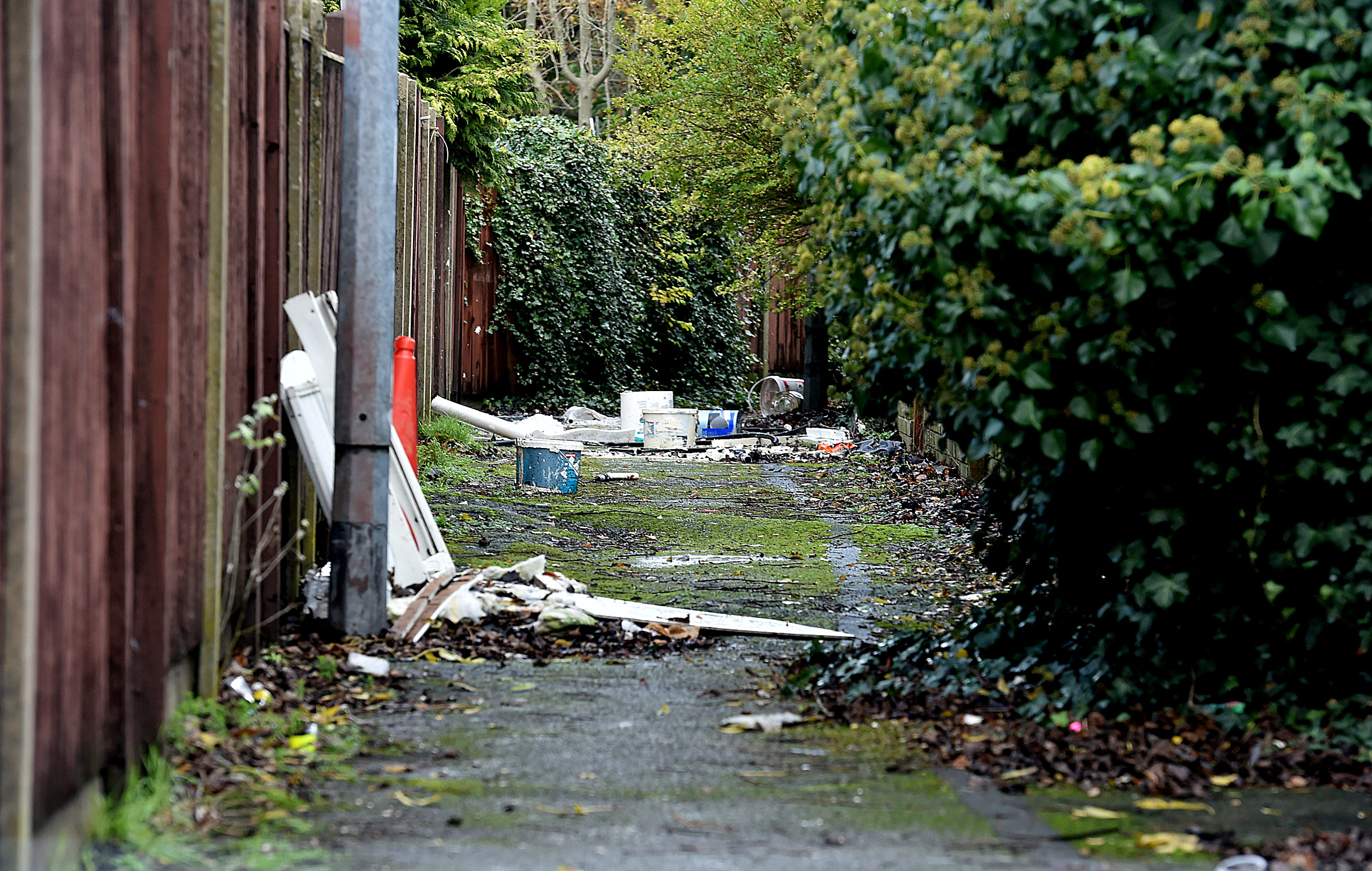 Rubbish is often dumped around the block and left to rotCredit: STEVE ALLEN 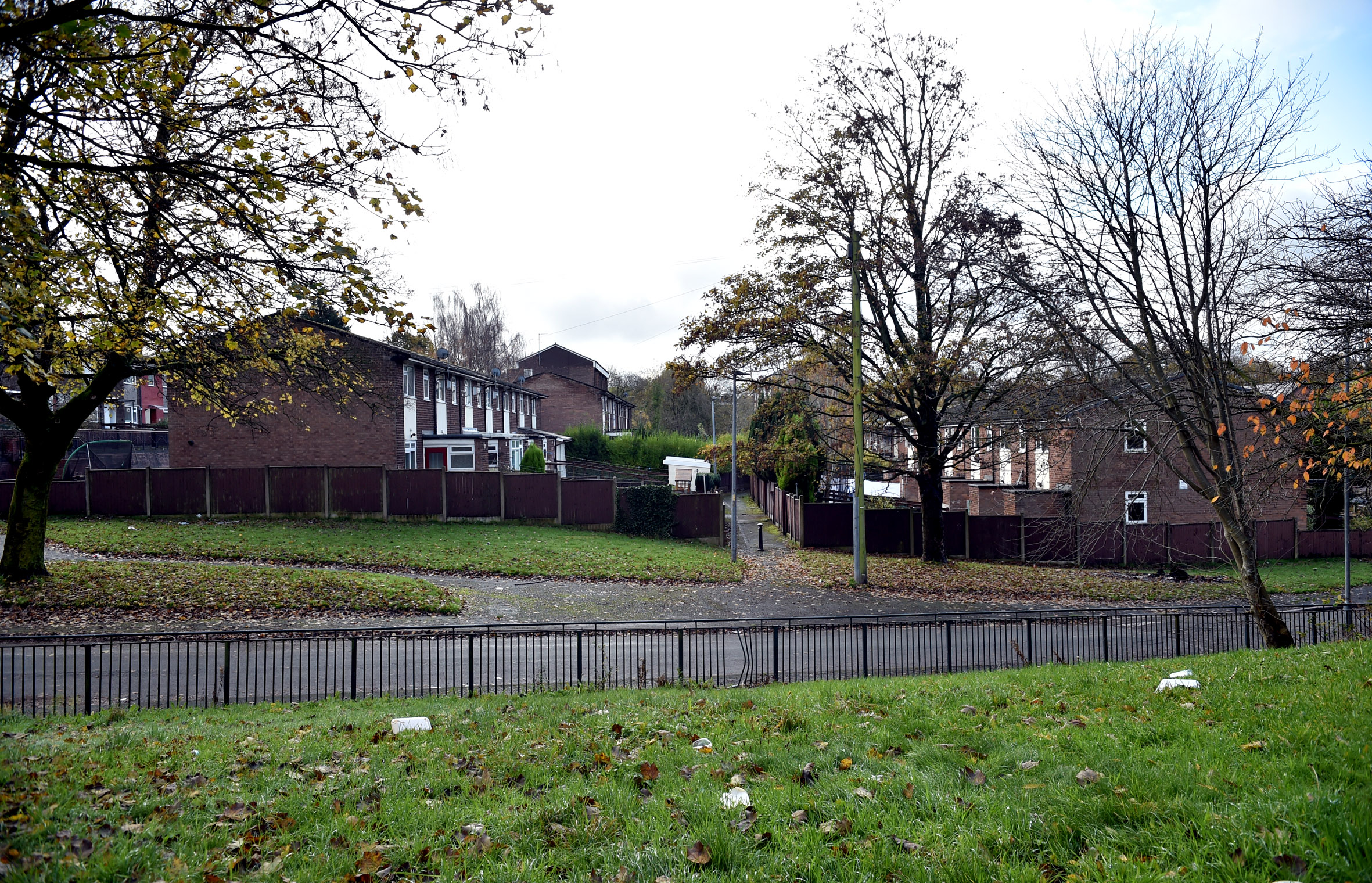 The people in the block say they often see drug users ‘shooting up’ in the areaCredit: STEVE ALLEN 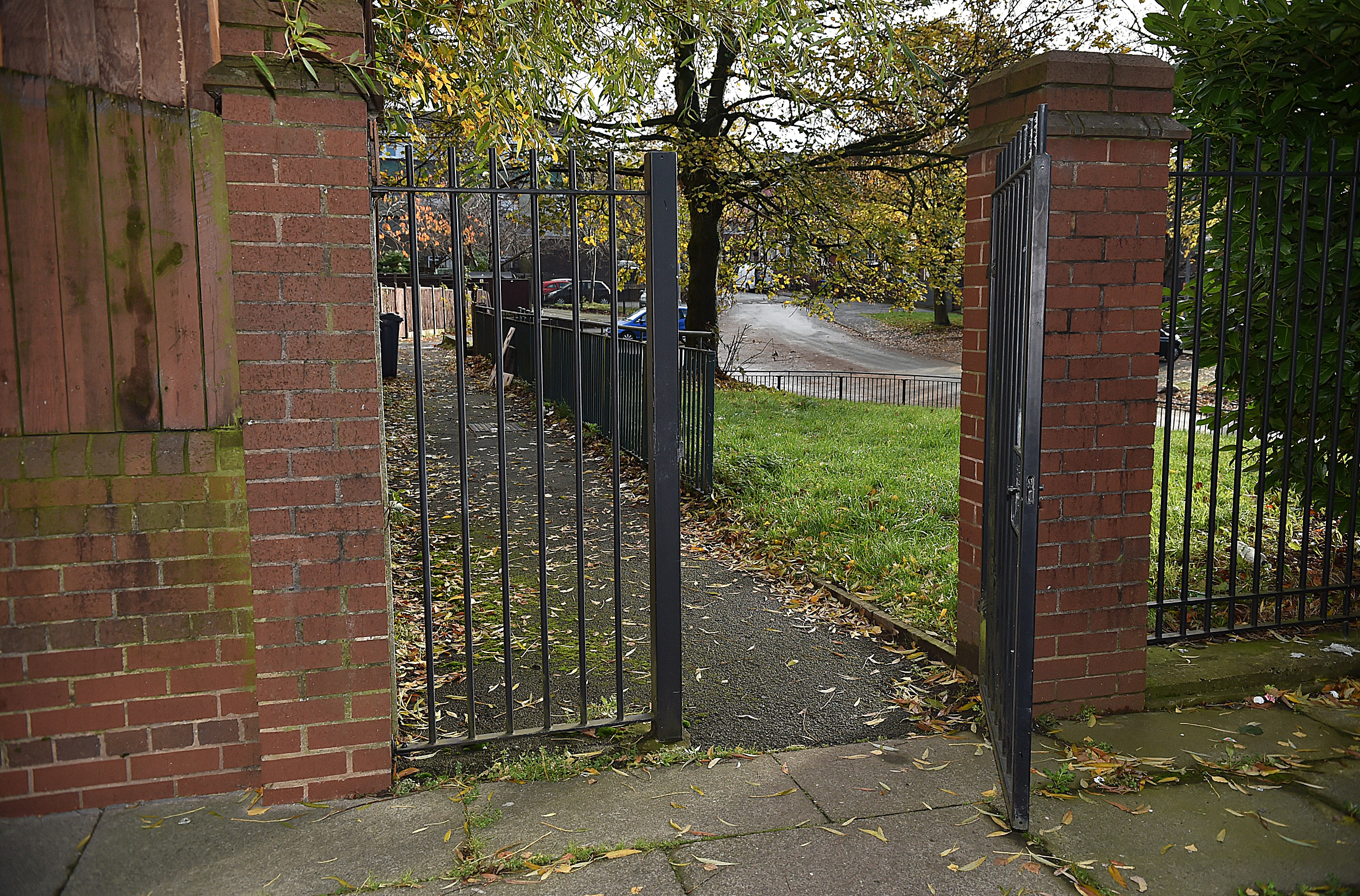 How England have fared in World Cup openers ahead of Iran, including Rob Green howler and dramatic Harry Kane winner