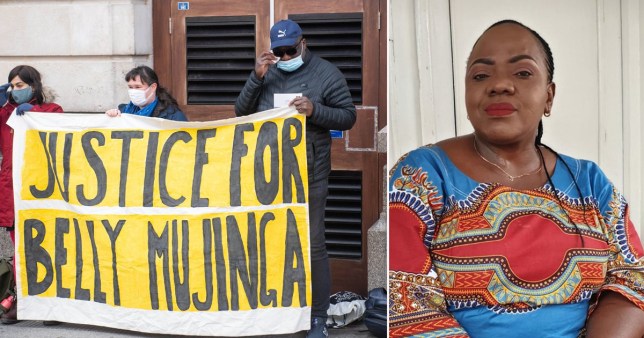 Police previously said there was not enough evidence to prosecute anyone for Belly Mujinga’s death (Pictures: PA)

An inquest is finally going to be held into the death of railway worker Belly Mujinga, who died of coronavirus after a man who said he had the disease allegedly spat at her.

Authorities have decided to investigate Mrs Mujinga’s tragic death after many protests and campaigns called for the inquest. Police have previously said there was not enough evidence to charge anyone.

A man told the mum-of-one and a colleague that he was infected with coronavirus and then reportedly coughed at spat at them on March 22 at London Victoria station.

Both workers became ill within a few days of the attack and Mrs Mujinga died in hospital on April 5.

The British Transport Police (BTP) said they would not be referring the case to the Crown Prosecution Service.

The force, which reviewed CCTV and spoke to witnesses and a 57-year-old suspect, concluded: ‘There is no evidence to substantiate any criminal offences having taken place’.

But now, North London coroner Andrew Walker wants an inquest because there is ‘reason to suspect that the death was unnatural’.

The coroner’s office said: ‘There was a recognised increased risk for frontline workers including public transport employees, care home workers, emergency services personnel requiring the issue and use of PPE equipment.

‘There are concerns about the provision of PPE and the deployment of Mrs Mujinga at the station which may have involved an element of human error.

‘Two other employees became unwell whilst working at the station, one who died from a Covid infection and another who became unwell with Covid-19 like symptoms.’ 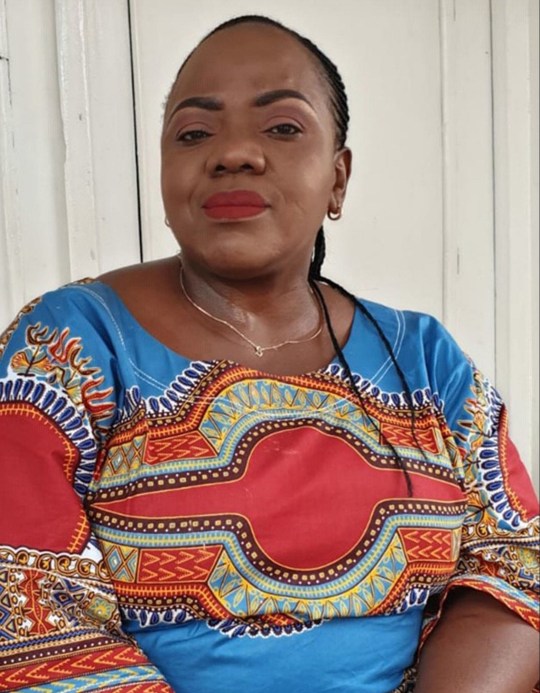 Belly Mujinga has left behind a husband and a 12-year-old daughter who say justice will bring them ‘peace’ (Picture: PA) 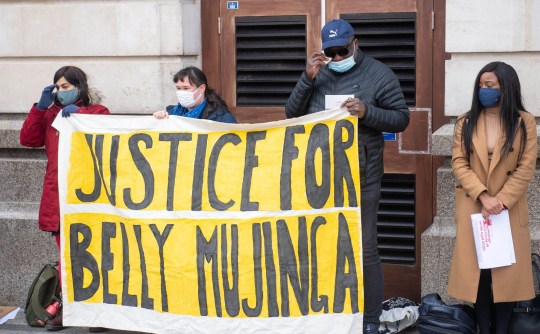 Supporters and family members of Mrs Mujinga have been campaigning for the name of the BTP’s suspect to be released (Picture: PA)

The decision is likely to be welcomed by Mrs Mujinga’s mourning husband, Lusamba Katalay, who said on the anniversary of her death that he wanted justice so he and the couple’s 12-year-old daughter could ‘have peace’.

Mr Katalay has been trying to get the BTP to disclose their suspect’s name so Mrs Mujinga’s family could look at pursuing a private prosecution and civil claims.

General secretary of the Transport Salaried Staffs Association (TSSA), Manuel Cortes, said: ‘As far as we are concerned there have always been a number of outstanding questions about what happened to Belly and an inquest will be a step forward in the fight for justice.

‘Belly’s death touched the nation and was keenly felt by so many transport workers who have bravely been on the front line throughout this terrible pandemic. We simply must know what happened and the lessons which can be learned.

‘For all these reasons, and to bring peace to Belly’s family, without doubt it’s in the public interest to have an inquest.’

Southern and Gatwick Express’s managing director, Angie Doll, said: ‘The railway is a huge family and we remain heartbroken by her loss, and the loss of all transport workers who have passed away due to Covid-19.

‘Our thoughts remain with Belly’s family and colleagues, who we continue to offer our support and condolences to.’