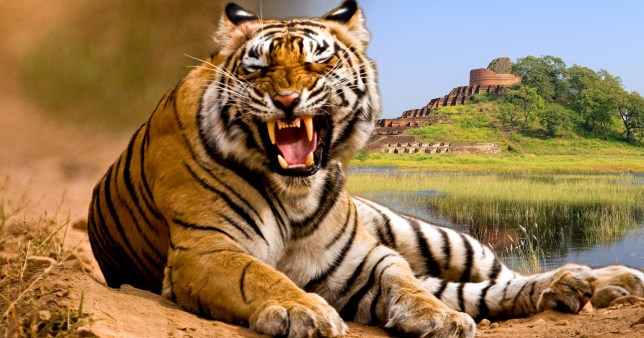 The tiger (not the one in this picture) began terrorising locals in May (Picture: Getty)

A tiger thought to have killed at least nine people has been shot dead by police in India, local officials say.

The animal was dubbed the ‘man-eater of Champaran’ before being hunted down in a huge operation involving 200 people, including trackers riding elephants.

The big cat – thought to be a three or four-year-old male – is being held responsible for killing at least six people in the past month in eastern India, including a woman and her son, eight, on Saturday.

But even before the latest two deaths, the authorities had been targeting the animal for terrorising locals on the fringes of the Valmiki Tiger Reserve in Champaran.

Officials had designated it a ‘man-eater’ – meaning it can be shot.

And within hours of the attack on the mother, the animal was killed, police chief Kiran Kumar said.

Villagers in the impoverished region have been celebrating the news, which they say means they can now leave their homes without being in fear. 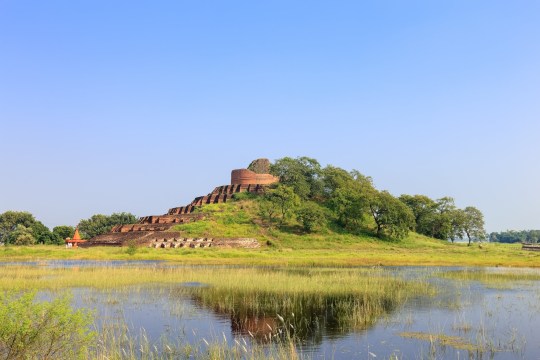 The big cat was terrorising locals in the Champaran district of Bihar (Picture: Getty Images)

‘Two teams went into the forest on two elephants on Saturday afternoon and the third one waited where we thought the tiger would exit – and we fired five rounds to kill it there,’  Mr Kumar explained.

It took about six hours for the team to complete the operation, the police chief added.

Earlier attempts to tranquillise the animal had failed.

The victims in the impoverished region included a 12-year-old girl dragged from her bed on Wednesday night, according to reports.


Locals believe large sugarcane fields nearby had made it easier for the tiger to stay hidden and attack villagers and their livestock.

Residents around the reserve in Bihar state had stopped leaving their homes in the evening after the tiger’s first attack maimed a teenager back in May.

Villager Ram Kisun Yadav told the Hindustan Times newspaper that ‘despite the lurking fear of tiger, it was not possible for us to confine ourselves in our homes as we needed to feed our cattle’.

One of his neighbour, Paltu Mahato, told the same paper: ‘It was a sleepless night for the whole village. We kept beating tin containers to shoo away the tiger if at all it was hiding near our village.’

Almost 225 people were killed in tiger attacks between 2014 and 2019 in India, Government figures suggest.

Conservationists say the rapid expansion of human settlements around key habitats for tigers and elephants is to blame for an increase in conflict between people and dangerous animals in parts of India.

But more than 200 tigers are believed to have been killed by poachers or electrocution in the six years before that figure was released.

Tiger attacks on humans are relatively rare but far from unheard of.

In June, a zookeeper in Mexico died after putting his hand through a cage to pet one of the big cats.

Meanwhile, in the UK, three tiny Sumatran tiger cubs came out to play at London Zoo for the first time in July.