A WOMAN has been left fuming after “selfish” Tottenham Hotspur fans clogged up a hospital car park meaning she was unable to see her sick mum.

Anna-Louise O’Toole, was unable to park in the North Middlesex Hospital car park on August 20 when she went to visit her 84-year-old mum Timorah who had been a patient for two weeks.

Anna-Louise O’Toole, left, was left fuming when she was unable to park in the North Middlesex Hospital’s car park when to visited her mum TimorahCredit: BPM

Anna-Louise O’Toole says Spurs fans had clogged up the car park at the North Middlesex Hospital when she tried to visit her mum (file photo)Credit: Not known, clear with picture desk

She told MyLondon: “The issue I have is that I couldn’t get in to see my mum as there were Spurs fans driving around the car park, sitting in their cars and waiting to walk over to the match.

“What does annoy me is inconsiderate car parking, how would they feel if they couldn’t see their relative in hospital?”

Anna-Louise was forced to circle the car park and local area, close to the Spurs ground, for half an hour before she could find a parking spot, saying she could see a “flurry of Spurs fans” in their footy regalia leaving their cars which took up much-needed spaces in the hospital’s car park.

Anna-Louise’s daughter, Zara Louise O’Toole, told the news outlet that her mum had to listen to calming podcasts on the journey home as she was “unable to see out anger” having had to park further away from North Middlesex Hospital than she had hoped. 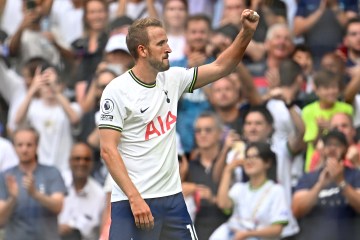 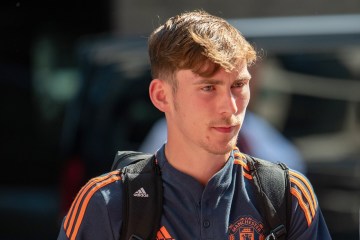 Anna-Louise said the hospital still have a booking system and visitors have to pick a slot to visit their relatives.

Fortunately, the North Middlesex staff were understanding of the situation and let her stay with her mum for the full-time allotted despite not being able to park in the car park.

She said: “Luckily I’m able-bodied and could walk up to the hospital and the distance was not too much of a problem, this is the first time I’ve visited when the car park was full of the fans.

“Whilst it must be a nice revenue for the hospital itself it’s frustrating that people are parking inconsiderably at a hospital.”

She said the car park has an ANPR system which means that car park users have to go and pay at reception for their parking.

While there is nothing on the hospital’s website to suggest the car park is for visitors, Anna-Louise said she was frustrated at the inconsiderate nature of the Spurs fans filling up the car park.

Zara-Louise said: “My mum has never been so furious in her life and she’s a very calm person by nature.

“She’s never been so angry, after she saw my grandma she had to listen to a podcast in the car on the way home to take her mind off the situation as she couldn’t see out of anger.

“I really want Spurs to do something about this – it’s the only Spurs match that’s happened since my grandma has been in hospital so it must have been happening at every match, surely, because so many had turned up today.”

Tottenham Hotspur took on Wolverhampton Wanderers on Saturday at their home ground in North London with the match kicking off at 12.30pm.

Zara vented her frustrations on Twitter, writing: “Something has riled me up this morning that has to be discussed.

“My grandma is currently in @NorthMidNHS and my mum went to visit her today (as she does everyday). Usually, we just drive in, park and go into the hospital. HOWEVER, there’s a @SpursOfficial match on today and guess who’s parked in the hospital parking @SpursOfficial fans have.

“Disgraceful. Bunch of sick a** people. Hospitals are busy at the moment, visiting hours are restricted and when you spend 30 mins looking for a parking space it doesn’t leave room for visiting sick family members.

“I can’t believe I’m actually explaining this and talking about it. What f***ing sick-minded people park in a hospital car park to watch a b****y football match? Fifth. Actual scum of the earth you lot and l’ll say that with my chest.”

No-Code and Gen Z: The Productive and Future-Proof Match