I was born in Cape Town so grew up running barefoot between aloe plants and rooibos scrub, dodging boomslang snakes and porcupine quills.

Most of my early childhood was a dusty fairytale, involving days wrestling the carp in the muddy lake at the bottom of our rust-red garden, or climbing the eucalyptus trees in the hopes of finding a hairy rain spider.

That all changed when I was nine and we moved to the UK to be closer to my mum’s family. My dad grew up in South Africa, and my mum had moved there from the UK years before I was born, so I had dual citizenship from the get-go.

I didn’t realise it at the time but even though I was an immigrant in the UK, the way that I looked and spoke gave me a privilege that would make sure that I was never reminded of being an immigrant – or treated poorly because of it.

When I started school a few weeks after moving to the UK, I was thrust into a small class (and I mean tiny) and the kids who had known each other their whole lives didn’t initially warm to this strange-sounding girl.

I looked like most of them, but I didn’t sound like them, so I rapidly lost my accent to fit in. Now in my 20s, you would never know I immigrated from abroad.

Sometimes I even forget that I wasn’t actually born here, when chatting with friends about who’s more Northern and realising that I couldn’t be more from the South.

Nobody knows that I’m an immigrant unless I tell them, but crucially, nobody cares when I do.

Of course they don’t – I’m white, blonde, and don’t have a foreign accent. People react as strongly to me being born in a different country as they would if I’d told them I’d had pancakes for breakfast.

I almost don’t want to claim the identity of an immigrant – despite technically being the definition of one – because of all the negative experiences other immigrants have had after moving to a country that seems to be increasingly determined to make them feel as unwelcome as possible. 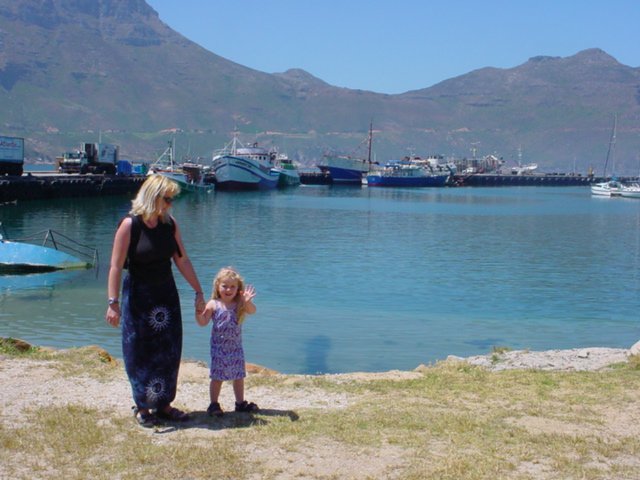 Most of my early childhood was a dusty fairytale (Picture: Jess Thomson)

In 1997, just 3% of the UK public considered immigration to be a key issue, while in 2016, that figure had risen to 48%. Muslim immigrants are verbally abused in the street, with strangers shouting at them that they don’t belong. Nobody shouts that at me.

I feel like in the UK, the word ‘immigrant’ has become synonymous for ‘unwelcome’, but I have been welcomed with open arms.

When people find out that I immigrated, they don’t accuse me of coming to this country and stealing the jobs and housing that are ‘rightfully theirs’, but they do when Syrian refugees seek asylum for example, or Eastern Europeans move here and find work.

This is hugely fuelled by the hostile environment policy of the Home Office and headlines claiming Brexit will ‘finally take control of our borders’.

My parents decided to move for the same reason as the majority of other immigrants do – to seek a better, safer life for their children.

While my mum wanted to be near to her parents, there had also been horror stories in the news about gangs breaking into houses and killing people near where we lived, on a farm out in the middle of nowhere. With my dad being away for work a lot, my mum was scared that someone would break in when she was alone with me and my younger brother.

Human history is filled with movement and exploration, with people traversing the seas and mountains in the hopes of something better. When did that become so abhorrent?

White privilege as a concept is often misunderstood, with many assuming that it’s an accusation that if you’re white, you must be privileged in life. That’s not quite right, as of course white people can suffer from many of the same misfortunes as people of colour (PoC) do.

The difference is that those misfortunes aren’t as a direct result of the colour of our skin.

White privilege affects every aspect of life in our society, but in being an immigrant who isn’t punished for being one, I personally feel its unjust benefits acutely. 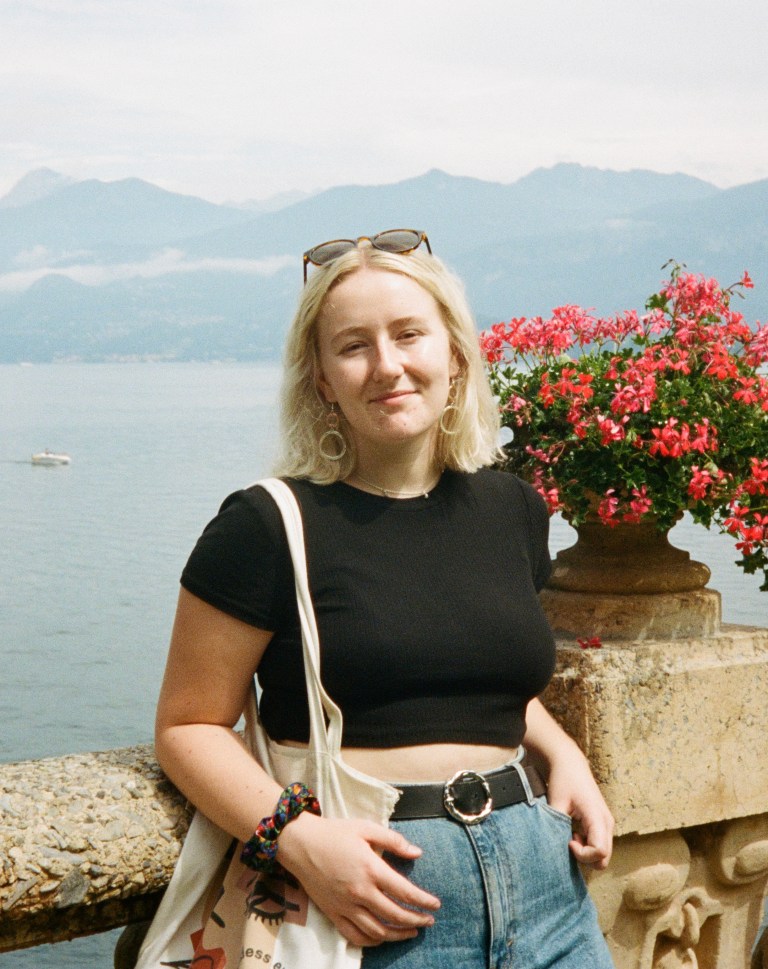 The blending of cultures is a beautiful thing that we all benefit from (Picture: Jess Thomson)

I had a friend at secondary school whose family was Pakistani, but had been born at the same hospital as most of the other local kids. The bullies in our class knew that, and they also knew that I had moved from South Africa, yet they only ever told her to ‘go back where she came from’.

They didn’t say that to me. Perhaps they considered me ‘one of them’ more than they did her, despite the fact they’d lived their whole lives within 10 miles of each other.

When people call for increased restrictions on immigration but don’t bat an eyelid at my family, or other white families from countries like Australia or Italy, they aren’t being anti-immigration. They’re being racist.

They have a problem with people who don’t look and sound like they do, and that needs to change.

According to a 2018 study, four in 10 Brits surveyed thought British culture is undermined and diluted by multiculturalism. But if it weren’t for immigration and the mixing of cultures, there would be so much art and music and food and life that we would miss out on.

The blending of cultures is a beautiful thing that we all benefit from.

Anti-immigrant prejudice isn’t necessarily about immigrant skill level either – I wasn’t exactly a highly valuable member of society when I moved and was just about learning how to do long division.

As for ‘job-stealing’, immigrants use the wages they earn to support their local economy, and often end up doing the jobs that others don’t want to do anyway, such as the hard physical labour that keeps our country’s agriculture industry ticking.

LSE’s Jonathan Wadsworth even said in 2016: ‘The bottom line, which may surprise many people, is that EU immigration has not harmed the pay, jobs or public services enjoyed by Britons. In fact, for the most part it has likely made us better off.’ 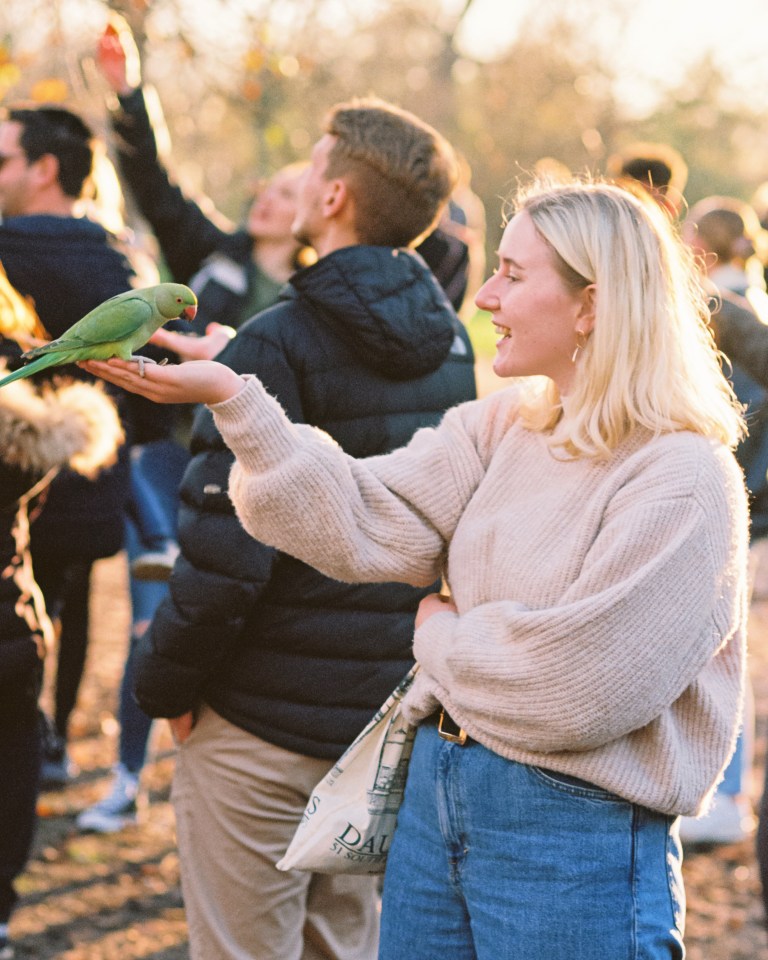 We should be proud, as a country, to be a place that people choose to move to (Picture: Jess Thomson)

As a white immigrant, I feel a responsibility to wield my privilege for good and to speak up against the double-standards that immigrants of colour face in the UK today.

I experience none of the backlash that they get for the exact same act, just because I’m white.

Me and my family still cook South African food, use Afrikaans slang from our old life, and still have extended family based in Cape Town, but I truly feel like the UK is my home. I became a real person here.

All of the opportunities I’ve had access to – university, jobs, friends – would never have happened if we hadn’t moved. That’s also the case for thousands of other immigrants and the lives they’ve carved out for themselves on our little island.

Why is my success celebrated, but theirs condemned? Because I’m white, it’s considered my right, but because others are not, they’re supposedly taking what’s not theirs.

People choose to move to the UK because they hope that they will be safe, that they can be their true selves and express themselves in ways that perhaps they couldn’t before, or to chase a more financially stable future for their families. Can we really blame them?

We should be proud, as a country, to be a place that people choose to move to.

Instead, in recent years, the vitriol of certain politicians like Nigel Farage and right-wing provocateurs such as Katie Hopkins has meant that people arrive and find nothing but hostility and racism waiting for them – waving a sign at Terminal 5 that reads ‘Britain for the British’ and telling them to go back to where they came from.

Is that really who we want to be? As you did for me – aged nine with dirty feet and knotted hair – instead lay out the welcome mat, and say ‘Hey, fancy a cuppa? I’ll pop the kettle on’.

It’s what we do best, so we should do it for everyone.