A REFUGEE who had an affair with a Brit dad-of-two said that she is heading back to Ukraine after being dumped.

Sofia Karkadym, 22, is packing her bags and returning to her war-torn home nation after he rejected her last bid pleas to get back together. 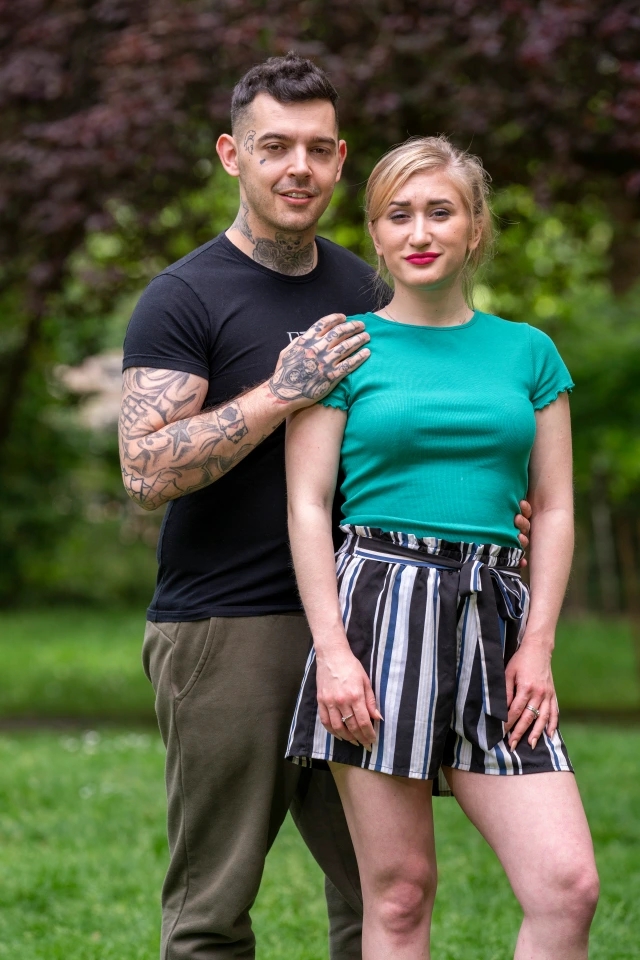 Tony Garnett rejected her bid to get back together last night

In a phone call last night, Tony Garnett told the Ukrainian refugee there was “absolutely no chance” they would ever be a couple again, reports Mail Online.

Tony, 29, was so smitten with Sofia he walked out on the mum of his two kids, Lorna Garnett, for her.

He and Lorna had welcomed the Ukrainian into their family home just ten days earlier.

But months after the pair ran off together Tony dumped Sofiia too, leaving her “heartbroken”.

It came after a row between them allegedly saw her “ram a knife into the wall in the kitchen several times while she was drunk”.

Sofiia has been arrested twice and was warned by cops to not contact Tony.

But he agreed to call her last night only to close the book for good on their whirlwind relationship.

Loved up refugee Sofiia said she would not give up on Tony despite his rejection of her.

She told Mail Online: “It is a very difficult time for me as I love him very much. I can’t let go so easily and I am lost here without any friends or family.

“I have told him that I will never drink again and that we could live happily together if he just gives me one more chance.

“But he is refusing and I don’t know what to do next.

“I may have to go back to Ukraine because I can’t live like this much longer. My family want me back”

Tony, from Bradford, said: “I’m not heartless. I do feel sorry for her. But relationships do come to an end and this one is over.

“I talked to her last night and told her that there was absolutely no chance of us getting back together.

“Sometimes you have to be cruel to be kind. She’ll be much better off in Ukraine or if she gets a new relationship, good luck to her.”

As the four-month affair came to an end, Tony told a heartbroken Sofiia that her mother was also demanding she return back to Ukraine.

Her mother Katerina told Tony: “In love, everyone has their own destiny. At first we were not happy, but she said she loved you and that this was a serious relationship.

“But it is over. We would like her to come home.”

Sofiia had previously revealed she had fled the Ukraine war having been in a violent relationship, where her jaw was broken by an ex.

But her visa which allowed her emergency refugee status for six months, expires in a few weeks.

Just days ago, it was understood Sofiia has now told officers she wants to return to her home country and family.