A DISABLED mum was left “sobbing” after a bus driver refused to let her on because he mistook her mobility aid for a bicycle.

Mum-of-three Sam Cleasby says she was told she couldn’t board the First bus in Sheffield by a “rude and aggressive” driver who ignored her explanations.

Sam Cleasby, 40, says she was refused entry on the bus in SheffieldCredit: YorkshireLive/MEN 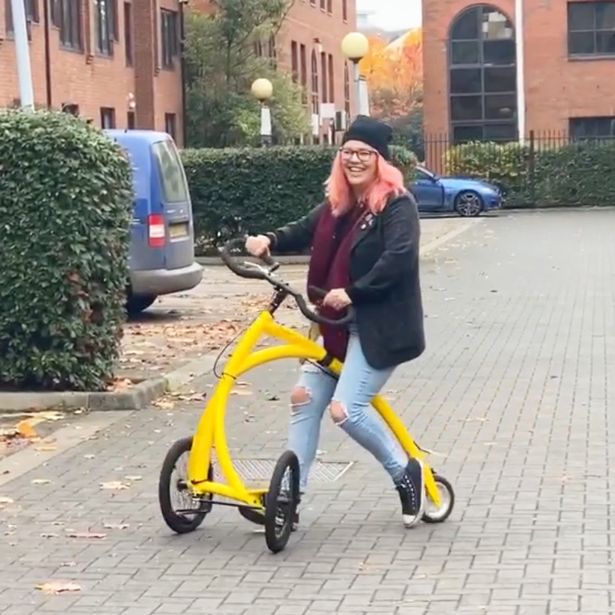 The 40-year-old student was heading to Sheffield Hallam University to discuss her fine art studies while using her large walking aid.

The “innovative” Alinker is a three-wheeled support system without pedals that allows users to get around with ease.

Sam suffers with a stoma as well as Ulcerative colitis, a long-term condition where the colon and rectum become inflamed – seeing her rely on the apparatus to remain mobile.

She told Yorkshire Live: “I have chronic pain and a multitude of medications and I struggle with my mobility and the pain of walking.

“The Alinker is somewhere between a walker and a wheelchair.

“It’s really quite innovative and helpful for people who don’t need to be pushed in a wheelchair.

“It allows me to walk and gives me that added support and independence. It’s been life-changing.

“It allows me to get in and out of town. But not on Thursday.”

The mum, who previously used a wheelchair, was left horrified after flagging down a passing bus and being denied entry.

Sam explained: “I didn’t think there would be any issues.

“I had my air pods on and I was taking one out when he said something. I said ‘what?’ and he said ‘you are not getting on with that’.

“I asked again and he said ‘you can’t come on with a bike’.”

Despite showing him her disabled bus pass and the Alinke being emblazoned with a disability badge, she claims the discourteous driver still insisted she could not board.

There was part of me that wanted to stay on but I was so embarrassed and humiliated I thought ‘I just want to go home’.

“He didn’t care. He just kept saying ‘it’s a bike’. It was so bizarre. I was not expecting that sort of confrontation,” Sam said.

“He went to close the door so I put the wheel in the doorway and said ‘you can’t discriminate against me’.

“I said it was smaller than a buggy and a wheelchair. He said it wasn’t designed to go on a bus when it was.”

The upset traveller was brought to tears by the fiery exchange after the bus driver allegedly told her: “This space is for real disabled people.”

Sam recalled: “He was just not going to let me on. He was so rude and aggressive and he changed his mind about why I couldn’t get on several times.

“I get that it looks weird and people don’t recognise it but normally people are understanding.

“He wasn’t confused though, he was just rude. By this point I was really crying and I kept saying ‘you are not allowed to do this’.”

Sam said she continued to put up a fight for a few minutes before stepping off the bus “absolutely sobbing” and heading home.

She said: “There was part of me that wanted to stay on but I was so embarrassed and humiliated I thought ‘I just want to go home’.

“It was pretty awful.

“It just makes you feel like there’s so many barriers in place when you are disabled and it’s very hard to leave the house sometimes and when something like this happens you think ‘Yep, this is why I don’t go out’.”

After sharing her outrageous encounter on social media, the mum says she was contacted by numerous other disabled people who have had similar experiences while travelling by bus in Sheffield.

First Bus said they are investigating the matter and apologised “for any inconvenience or distress caused with this incident”.

Nigel Eggleton, Managing Director at First South Yorkshire said: “We are undertaking an investigation into circumstances that have been brought to our attention relating to a person being refused travel by one of our drivers due to the size and construction of their mobility aid.

“There are many designs, sizes and construction of mobility aids in use, and we offer a free assessment for people to practice accessing a bus safely and ensure the aid does not cause any obstruction to other passengers when travelling.

“I want to apologise for any inconvenience or distress caused with this incident and when we have spoken with the relevant driver involved to discuss the matter, we will respond to the complainant directly with our findings.” 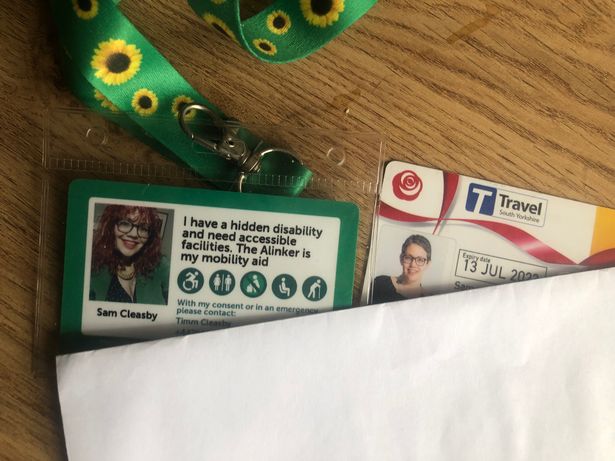 The mum showed the driver her disability badges – but he didn’t careCredit: YorkshireLive/MEN 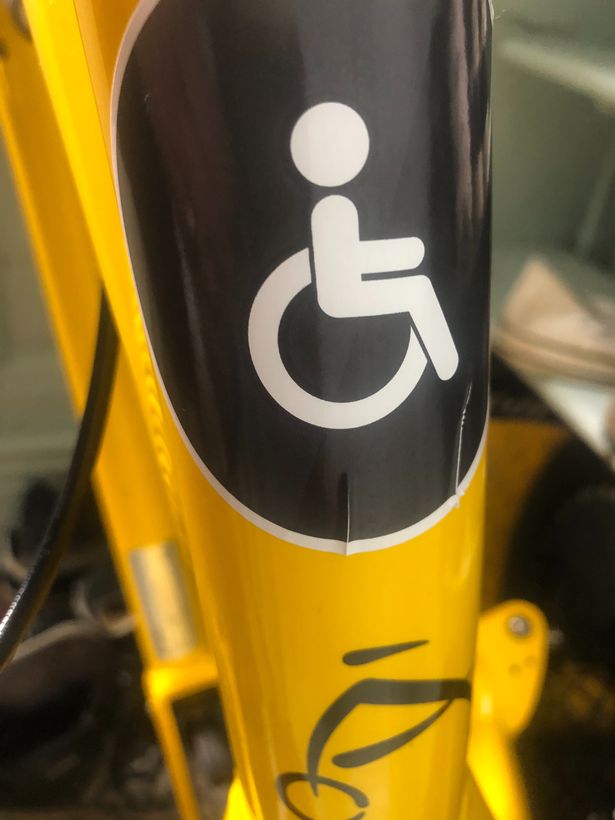 The bus driver insisted it was a bicycle, despite it being emblazoned with the disability symbolCredit: YorkshireLive/MEN