WHEN Blaine Gibson tracked down the first piece of debris from missing Malaysian airline MH370, the families of the 239 victims on board hailed it as a breakthrough.

Relatives desperate for news of the plane – which disappeared after taking off from Kuala Lumpur airport March 8, 2014 – even joined the independent investigator to comb the beaches of Madagascar after Malaysian authorities failed to find any trace.

Blaine Gibson went in search of the plane’s debris in AfricaCredit: EPA 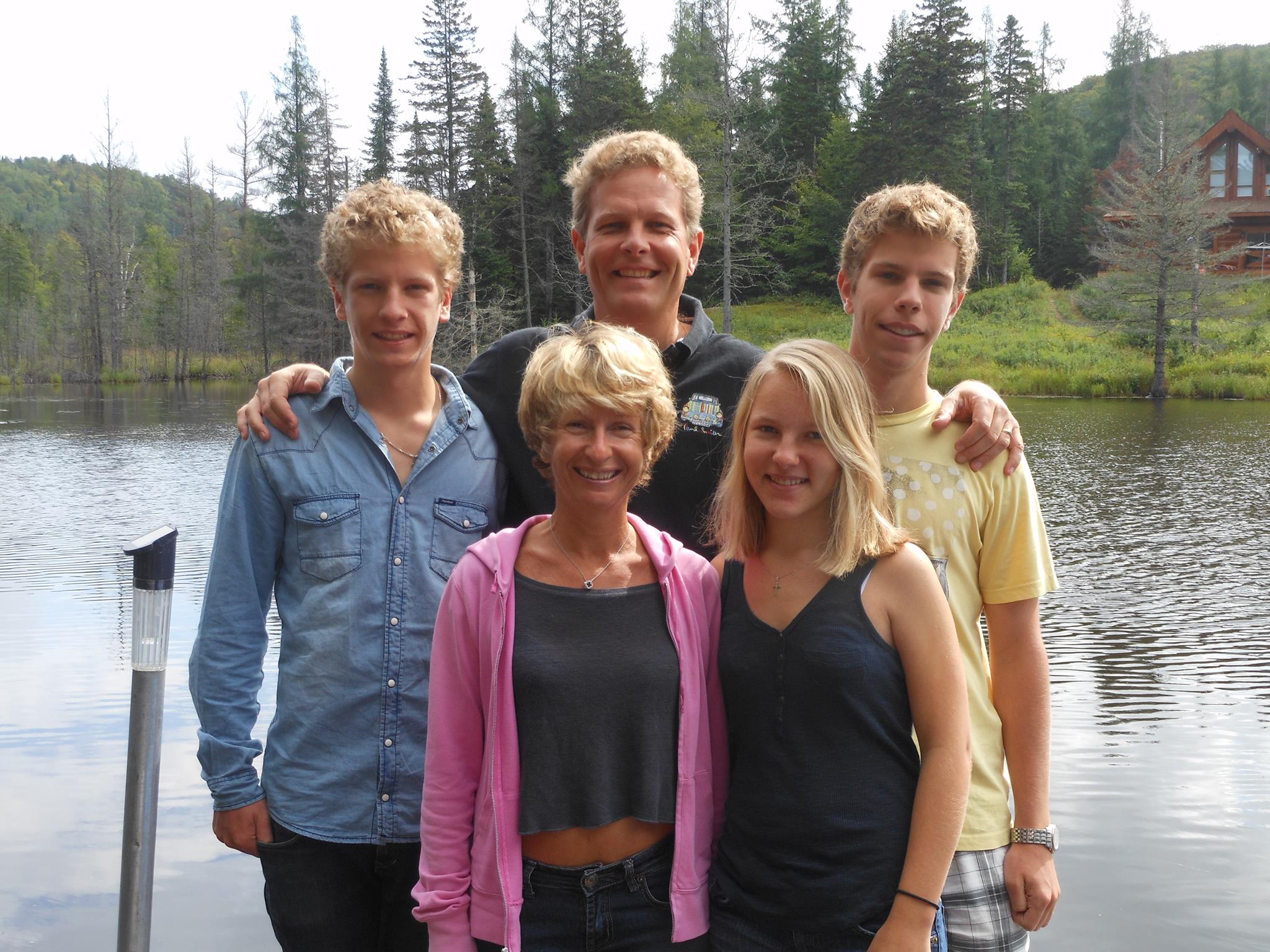 But, in a new Channel 5 documentary which begins tonight, the Australian wreck hunter says he was dogged by death threats and followed by shadowy figures as he continued his search.

Speaking in MH370: The Vanishing, Blaine said he feared “someone who was trying to prevent Malaysia MH370 from being found might take violent action against me… but I didn’t know who”.

He continued: “I started to get death threats from anonymous people. Things like ‘No plane, no Blaine’ and telling me to give up my search.

“One made a call to a friend of mine saying I would not leave Madagascar alive. 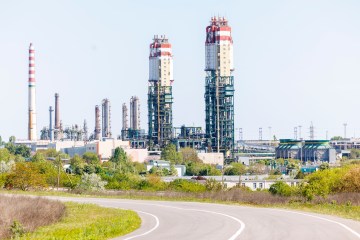 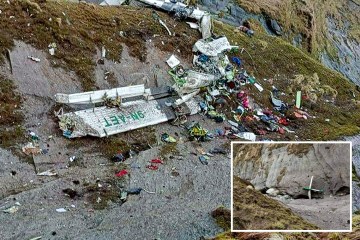 “I was being followed and I was being photographed and, yes, it’s very disturbing. It’s intimidating.”

The three-part documentary, which airs over three consecutive nights, examines the theories behind the mysterious disappearance of the plane, which suddenly changed course and fell off the radar after signing off from Malaysian air traffic control.

It also hears tragic stories for the families of the crew and passengers, including Ghyslain Wattrelos, who lost wife Laurence, 51, and two of their three children, Hadrien, 17, and Ambre, 13, in the disaster.

The French dad, who lived in Beijing at the time, revealed the final, heart-breaking text his daughter sent before boarding the doomed flight after a holiday in Malaysia with her mum and brother.

“A friend of my daughter’s called me and sent me the last SMS sent by Ambre,” he says.

“It said, ‘My vacation is over but I am very happy because tomorrow I will see my dad.’”

Grace Nathan, who was studying at Bristol University, recalls the final call from mum Anne Daisy.

“My mum called me from the airport. We spoke everyday. And her last words to me were ‘I love you’,” she says.

“I’m really glad I said I loved her too because in our family we rarely said those words to each other. We spoke just before she boarded the flight, not knowing I would never see her again.”

Malaysian airline flight MH370 to Beijing took off from Kuala Lumpur just after midnight on March 8, 2014 with 227 passengers from 14 different countries, as well as 12 crew members, on board.

Captain Zaharie Ahmad Shah, a 53-year-old pilot with 30 years experience, went through the usual checks and paperwork before taking his seat alongside co-pilot First Officer Fariq Abdul Hamid, 27, who was on the final training flight before his Boeing 777 exam.

At 1.19am, as he approached Vietnamese airspace, Captain Zaharie made radio contact to say ‘Goodnight Malaysia from 370’ – then disappeared off the radar.

It was over an hour before the airline officials were told the plane was missing and, four hours later, at 5.30am, a search and rescue mission was launched.

But the authorities had no idea where the missing plane was – or whether it was still in the air.

As the hours and days went by, the families gathered in hotels in China and Malaysia awaiting news and felt fobbed off by authorities who were saying as little as possible.

Although Malaysian Airlines initially claimed the plane would only have been able to fly for four hours before running out of fuel, it later emerged that it had still been in the air for at least six hours after losing contact.

Military radar picked the flight making a turn of almost 180 degrees and heading back to Kuala Lumpur, shortly after radio contact was lost.

But it then went past the capital city and carried on to the island of Penang, crossing the Malacca Strait then turning up the Andaman sea before heading towards Sumatra, in Indonesia.

After a week with no news, police began to suspect Captain Zaharie of hijacking his own plane and searched his house, where they found a sophisticated flight simulator with data deleted.

On March 24, two weeks after the disappearance, Malaysian Airlines issued a statement saying “according to new data, flight MH370 ended in the southern Indian ocean,” adding that all passengers were “assumed dead.” 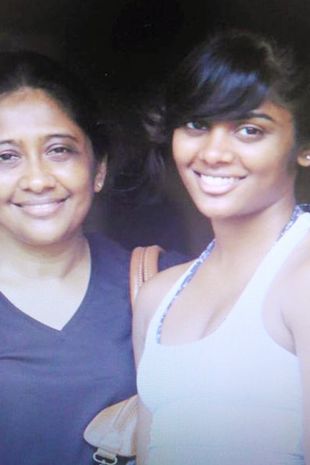 Grace Nathan with mum Anne Daisy, who was on the tragic flight 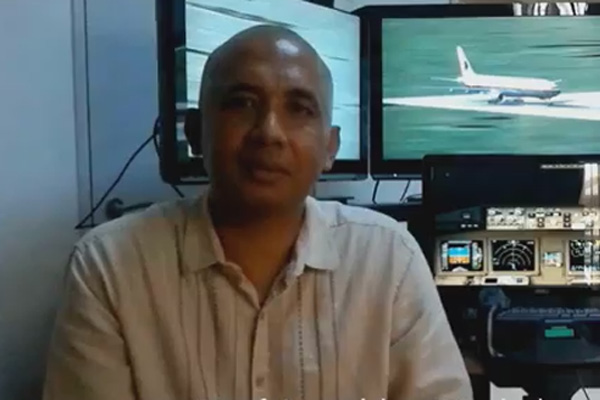 Captain Zaharie was flying the plane when it changed course

A year after the plane went missing, as families and friends gathered in Kuala Lumpur, Beijing, and Paris, there was still no sign of any debris from the plane.

But in July 2015, part of a Boeing 777 wing was discovered in Reunion Island, in the Southern Indian Ocean.

Despite Australian search teams suggesting debris would wash up in Sumatra, Blaine followed the advice of eminent oceanographer Dr Charita Pattiaratchi, who claimed currents would make that impossible and urged him to search in Madagascar and Mozambique instead.

“When I got there I asked local people – fishermen, boatmen – where does debris from the open ocean wash ashore?” he says.

“There’s a sandbank outside the reef exposed to the Indian ocean, where stuff washes ashore. Suddenly the boatman calls my name and says ‘Is this Malasia 370’?”

The grey triangle, bearing the words No Step, turned out to be part of a tail.

In June 2016, three more pieces were found and the families, including Ghyslain and Grace, flew out to Madagascar to help, combing 20km of coastline for more clues.

The Malaysian government finally agreed to let a private search company, Ocean Infinity, launch a fresh search in the Southern Indian Ocean on a ‘no find, no fee basis’ in 2018

Using hi-tech, driverless probes, the company searched 12km sq per day to depths of 6000m but were called off after finding nothing for 138 days.

At the same time as Blaine began to receive death threats, Ghyslain says he was contacted by thousands offering to help him find the truth – but believes some had sinister motives.

The grieving dad -who also examined radar records – began to believe the Malaysian authorities or the Chinese were covering up the true position of the likely crash, as they didn’t want the plane found.

“Somewhere in this world someone knows what happened and it’s not just one person, It’s a big story. It’s a dirty story and it involves many countries,” he says. “I strongly believe there was something or someone on the plane they did not want to arrive in Beijing so they shot down that plane.”

There is no evidence to support this theory and any threats against Blaine served to make him more determined to seek the truth. 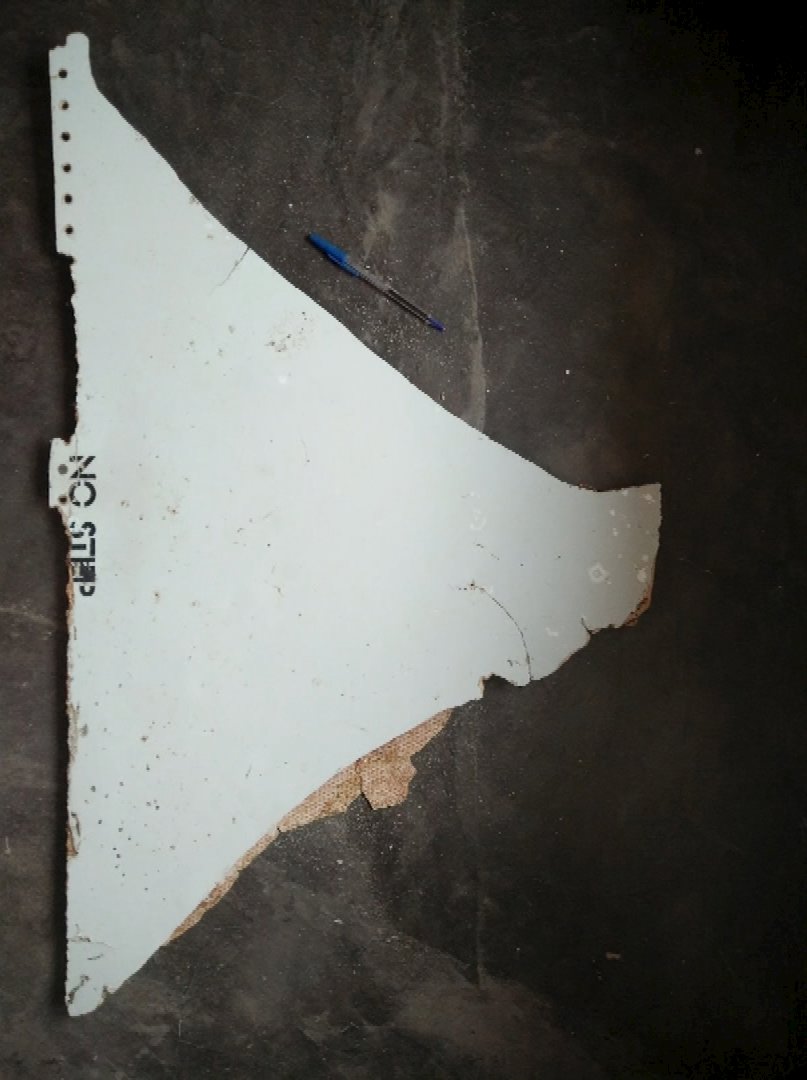 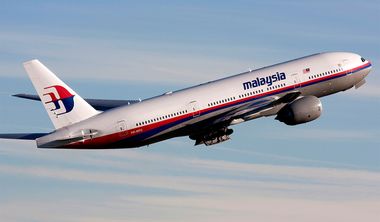 The Malaysian Airline plane vanished without a trace 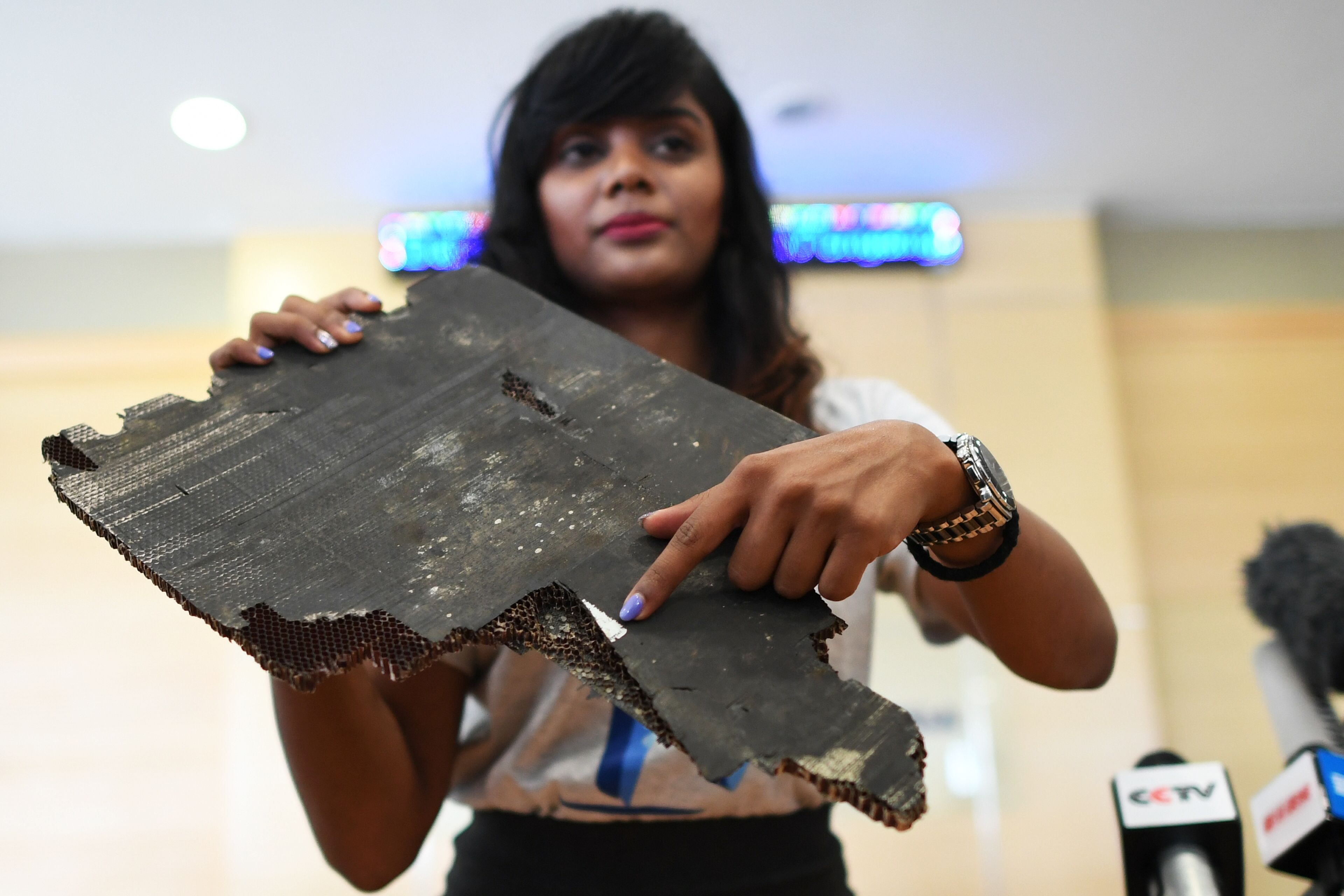 Grace with a piece of the plane recovered from AfricaCredit: AFP or licensors

Despite the abundance of conspiracy theories, most experts in the programme conclude that deliberate action by Captain Zaharie is the most likely cause of the crash.

Christina Negroni, former safety investigator, believes the pilot – who was described as a steady man with no mental issues – may have been suffering from hypoxia, or lack of oxygen, after the cabin failed to pressurise.

“My theory is the only logical explanation by a pilot who had no apparent reason to do the things he did,” she says, adding that hypoxia has caused air crashes in the past including a 2004 Helios aircraft in Greece, which killed 115.

“It’s like being drunk. You are not getting enough oxygen, you begin to feel giddy and light-headed. Essentially you get stupid,” she explains.

“I think first officer Fariq was flying the aeroplane. I think the pressurisation failed and he knew he had to do something so he turned round and headed back to Kuala Lumpur.

“That’s when the last oxygen deprived mind can survive, and then he falls unconscious. And that aeroplane ran on until it ran out of fuel, just like Helios.” 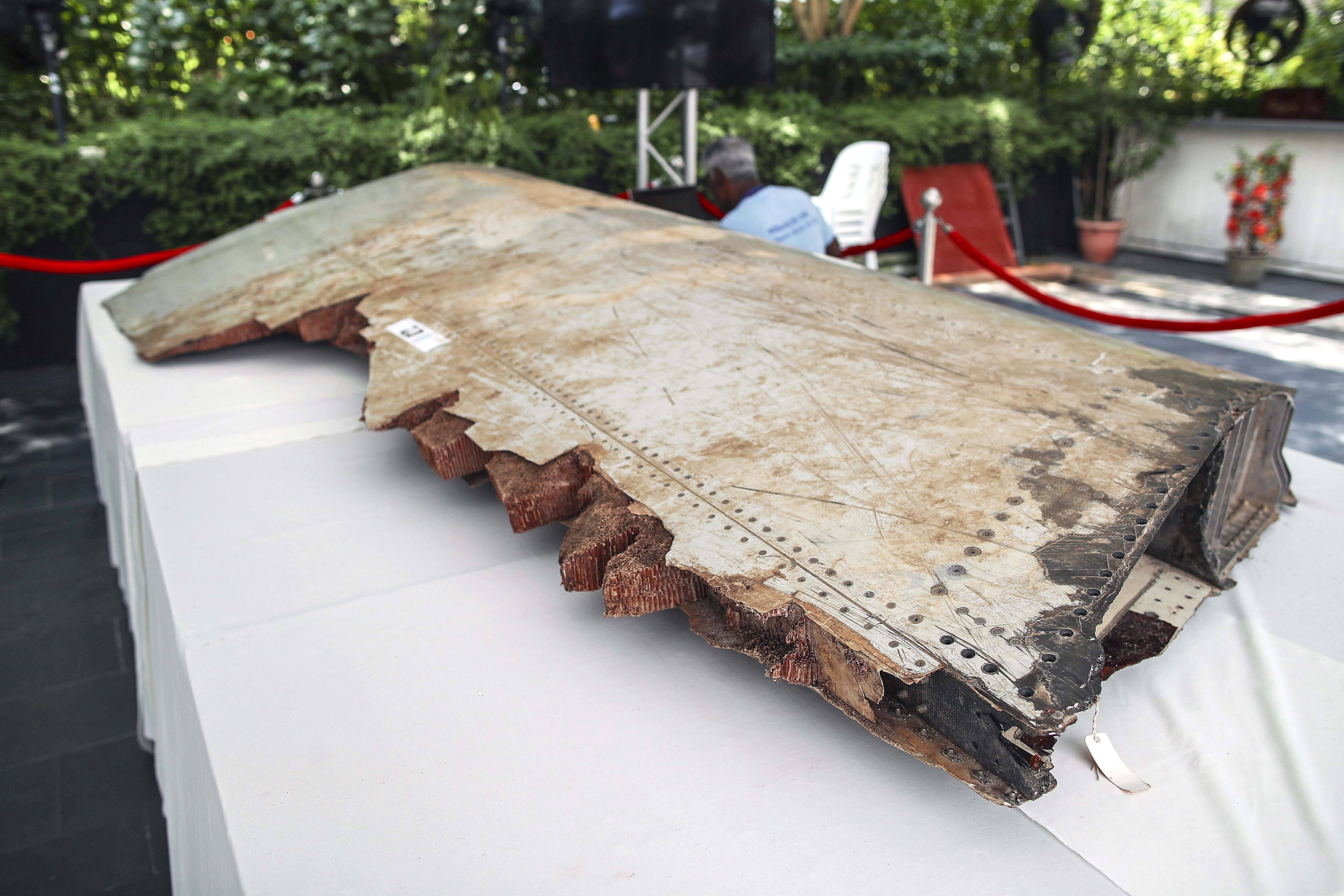 Part of the wing from the aircraftCredit: EPA 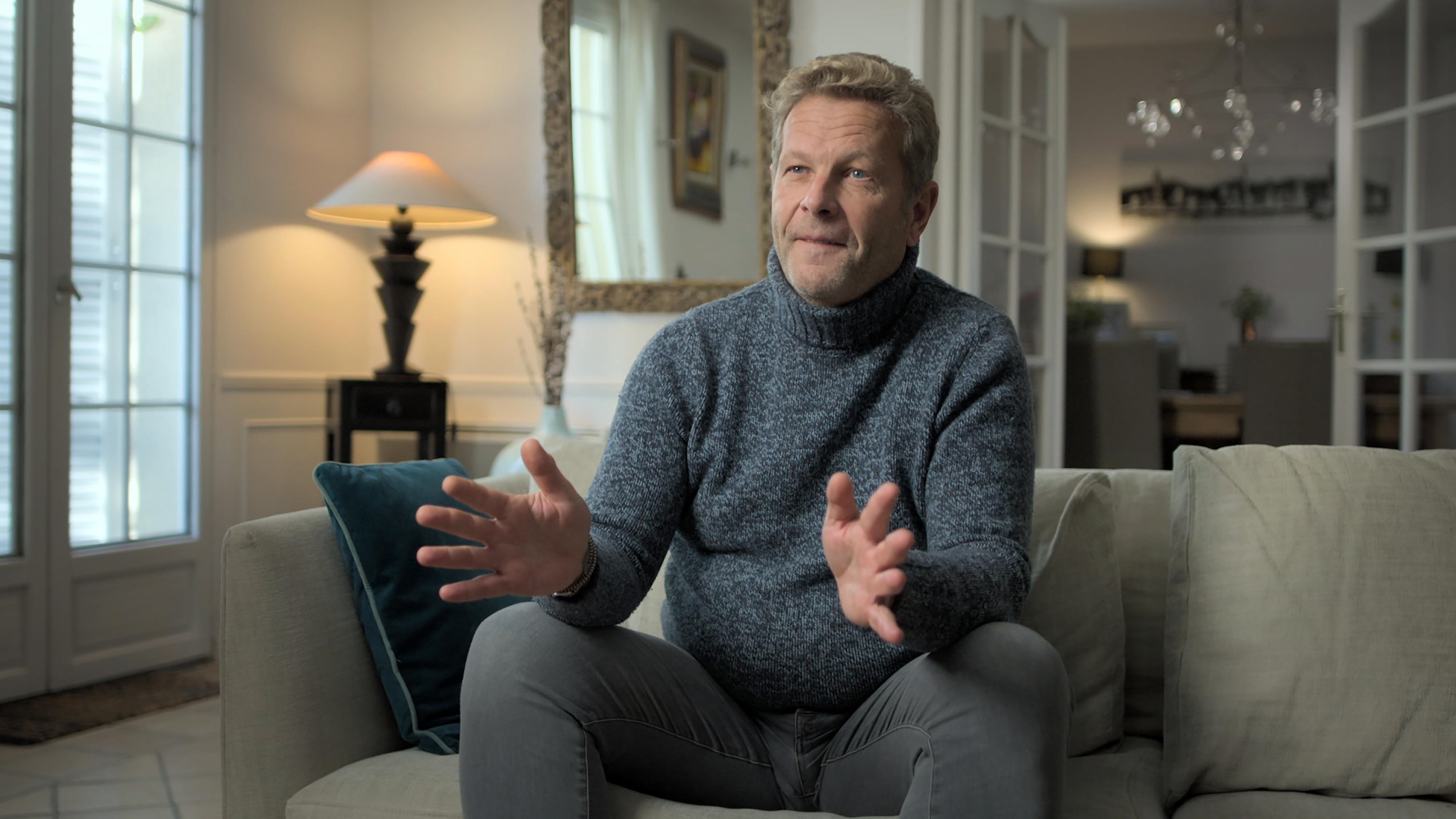 However former pilot Mike Keane says it’s ‘inconceivable’ the co-pilot was flying, adding says: “It is reasonable to assume the aircraft was hijacked by the captain.

“I think there’s little doubt the captain depressurised the aircraft and the passengers became hypoxic and unconscious and eventually that would cause death.”

Larry Vance, an air crash investigator from the Canadian government, believes the discovery of a wing flap points to the pilot wanting the aircraft to sink without breaking up,

“The aircraft didn’t enter the water in the high speed dive, it entered the water at low speed,” he says. “Somebody at the end of the flight was controlling the plane.

“The official investigation was telling the world this aircraft flew unpiloted for five or six hours and eventually ran out of fuel. We knew that didn’t happen.

“At the last stages of the flight, the pilot had the intention of putting the aircraft on the water in such a way as to cause minimal damage, to have it sink to the bottom in one piece and nobody would ever see it again. It would be the greatest mystery in the history of aviation.”

Baffled friends of Zaharie, however, dispute his involvement, with one stewardess Georgina Tan, saying: “Capt Zaharie and I used to fly a lot together. I’m a very chatty person and he is friendly so we talked a lot.

“He is a joker, a prankster but I’ve never seen him lose his temper. He’s such an easy guy. No bad bone in his body.”

Despite the most expensive search ever conducted, the family still faces more questions than answers.

“Can you even begin to grieve when you don’t know what happened?” says Grace.

“These are the things identified in myself as having been unable to accept that she’s gone.”

For Ghyslain, the pain and anger are tempered with fond memories.

“It’s funny but I can only remember the good things,” he says. “When I’m thinking of them it’s a good moment. They are still with me, in a good way.”

MH370: The Vanishing airs over three nights from tonight, on Channel 5 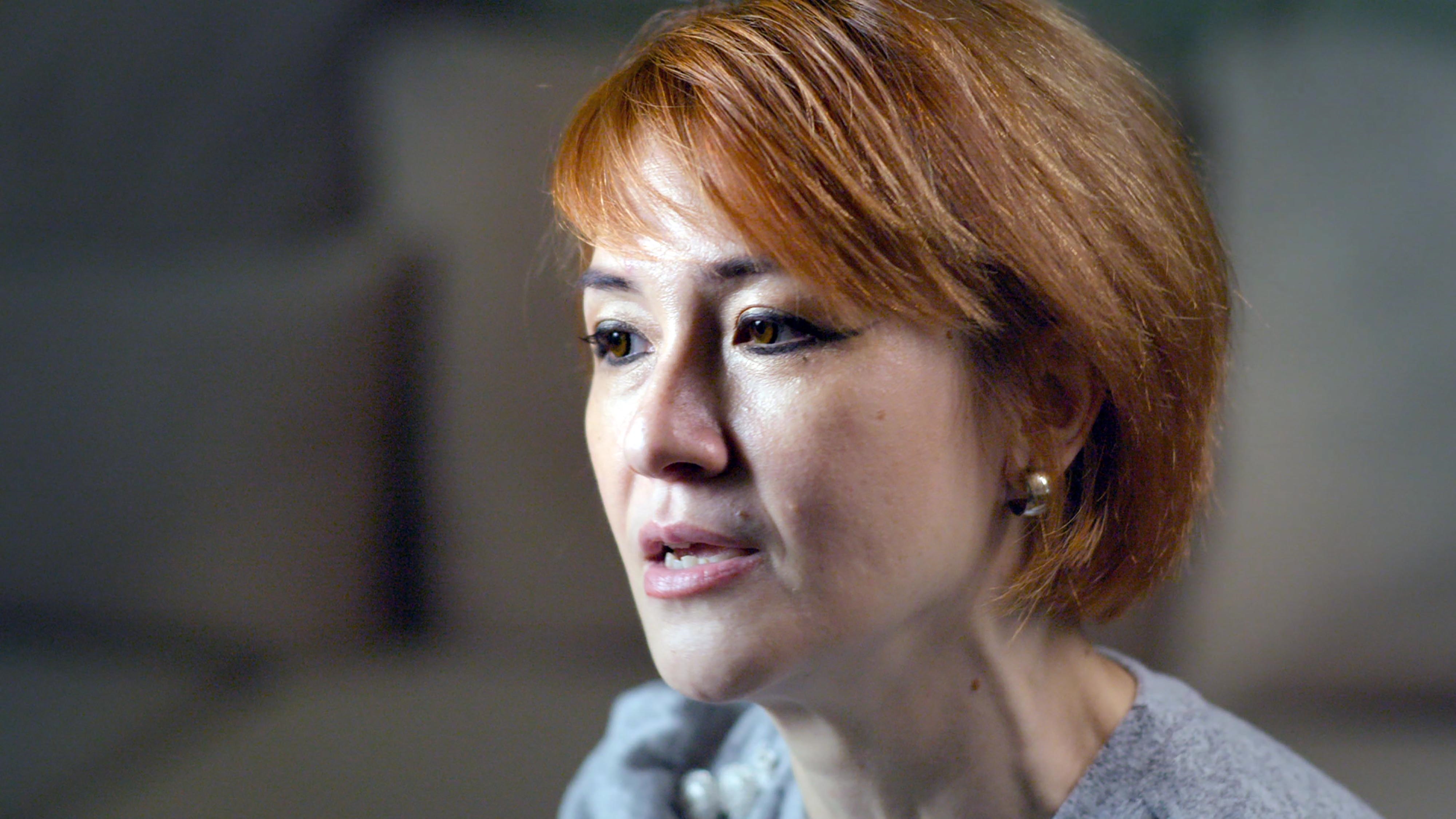