John Nisill said he nearly fainted when BT claimed he had used 43GB of data.

Paul Trotter, pictured, was shocked when his employee ran up a £192,069 phone bill in four days in Turkey 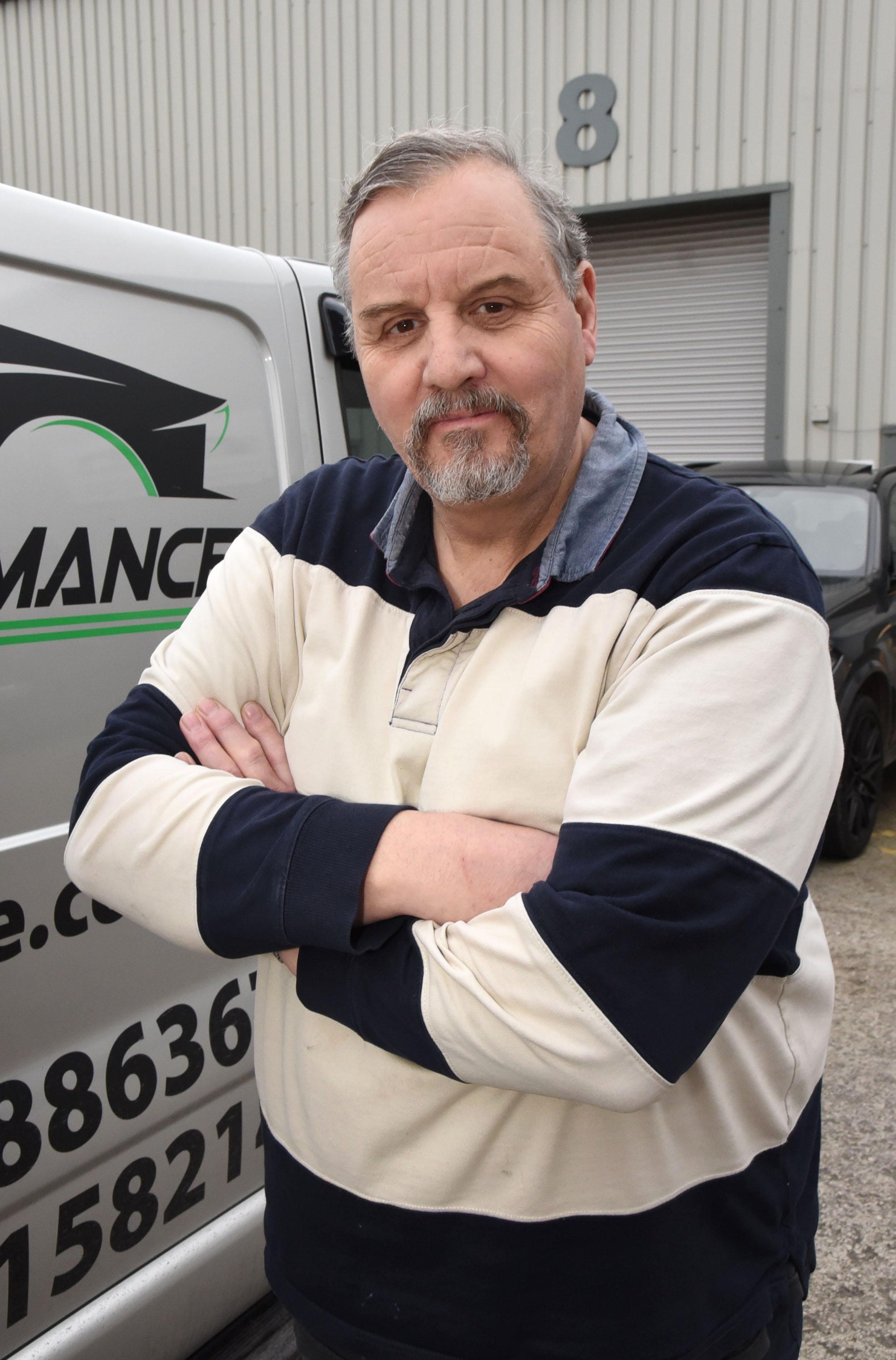 Paul said: ‘BT phoned and I nearly fell off my chair when the bloke said how much’

He said he answered a few emails and made 16 minutes of calls during his family break to Marmaris in October.

Car salesman John, 40, of Skelmersdale, Lancs, added: “My boss called and said you’re going to have to switch off the phone. The bill seems a little high.

John’s boss Paul Trotter, 64, of AAA Performance in Rainford, Merseyside, added: “BT phoned and I nearly fell off my chair when the bloke said how much.

“Even if John was downloading Hollywood blockbusters there’s no way he’d have gone that much over.”

He took out a business contract which includes 250MB of data.

Because it is not a consumer contract, no warning is given when a customer has reached the data limit.

Paul added: “I was worried at first but I’m confident BT will realise it’s just an error.

“John had a great holiday so there’s no harm done and we’ve even managed to laugh about it.”

A BT spokesman said the firm will WAIVE the eye-watering bill after The Sun investigated John’s claims.

He said: “We understand this is a very significant bill to receive, so, on this occasion, we are waiving the surplus roaming charges.

“In this case, the customer was on a BT Business mobile plan which included a monthly data allowance of 250MB. When travelling in Turkey he far exceeded his agreed limit by consuming 46GB of data.

“We alerted him several times that he had exceeded his data allowances, that standard roaming charges were in place and that he was incurring high usage.

“Our records show that the customer chose not to include a data cap as part of his plan.

“We always recommend customers opt for a roaming cap, as the vast majority of our business customers do. We also urge customers to pay attention to any notifications we send them around their data allowance.”

Mark Wright and Michelle Keegan ‘are now worth £10m together’