GROWING up, Yvonne Bolouri enjoyed a happy childhood and wanted for nothing.

Her loving dad Charlie often brought her tea and toast in bed and worked long hours to provide for their family. 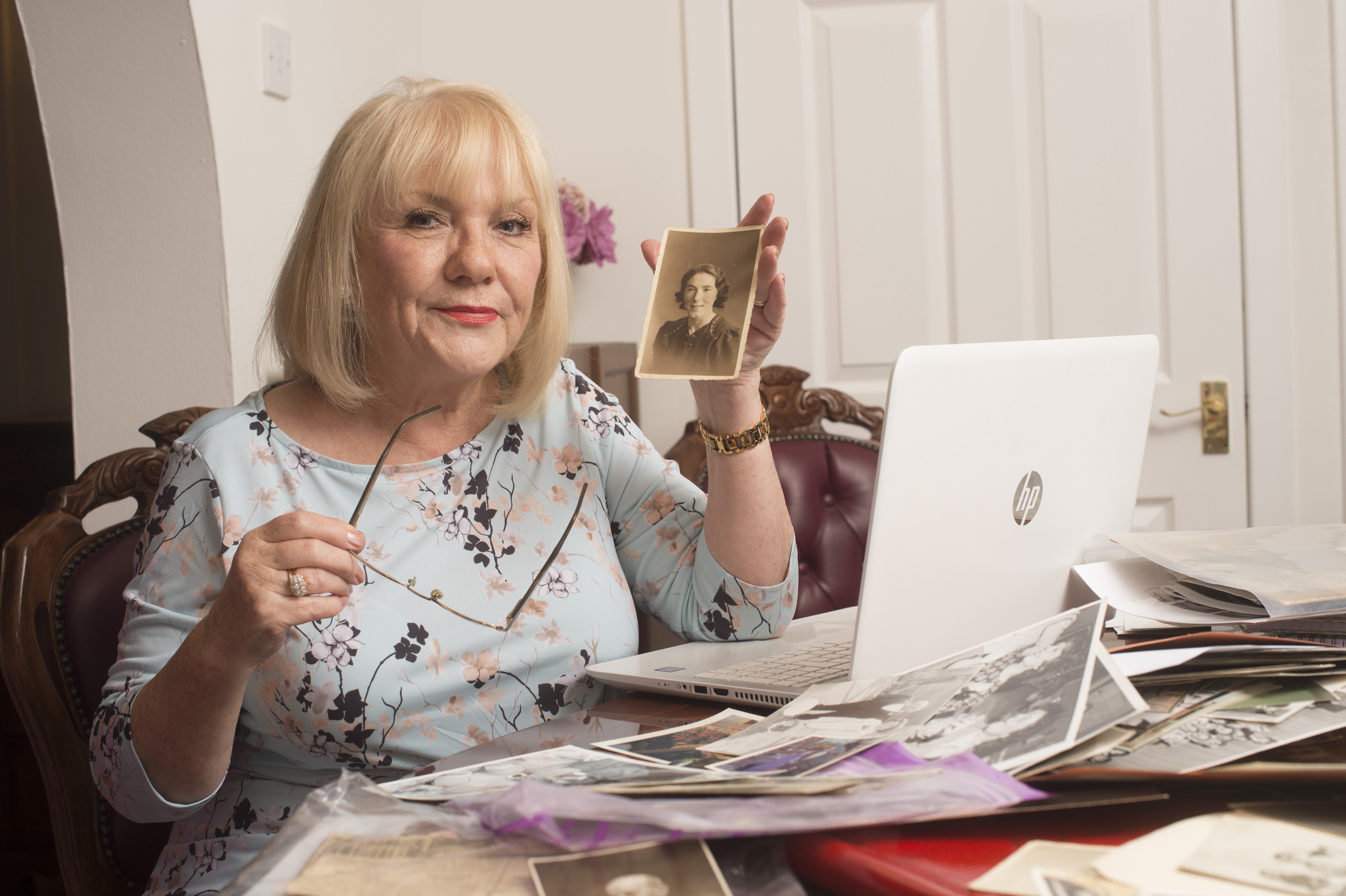 Yvonne Bolouri holds up a picture of her mum after finding out her dad was not her biological fatherCredit: John Kirkby – The Sun Glasgow

But nearly two decades after he died aged 80, journalist Yvonne took an £80 AncestryDNA test for fun — and made a shocking discovery.

Charlie was not her biological father.

Yvonne, 66, from just outside Glasgow, says: “Charlie was from Birmingham, but it came back that I was 96 per cent Scottish/Irish and just four per cent English.

“He was not my biological dad. I felt angry and frustrated that I hadn’t known. By the time I found out, my father was dead, my mother was dead, everybody was dead.” 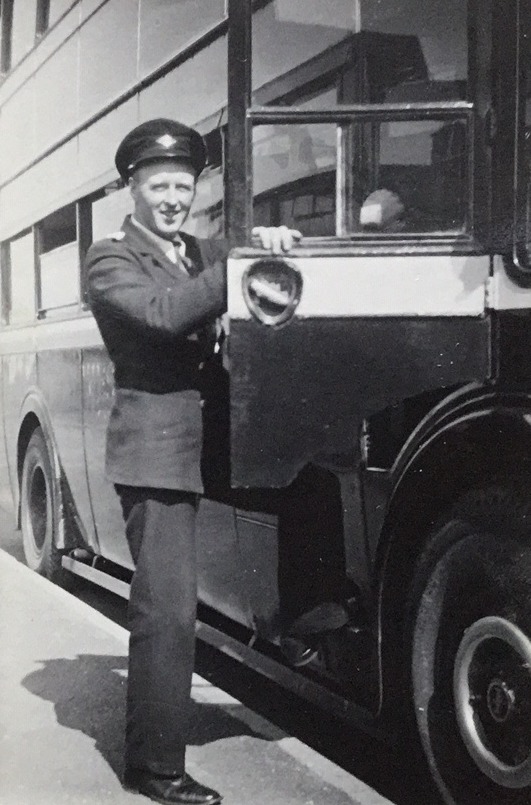 Picture of a bus driver Yvonne thought may be her dad

Cheap at-home DNA testing has become hugely popular, with the industry thought to be worth more than £700million globally.

With a simple saliva test, users can trace relatives, both dead and alive, and discover if we are at increased risk of certain genetic illnesses, such as cancer and Alzheimer’s.

A 2019 report revealed that around 4.7million people in the UK had used DNA testing.

But while experts have raised concerns about the reliability of some kits, others have warned that the results could tear families apart. 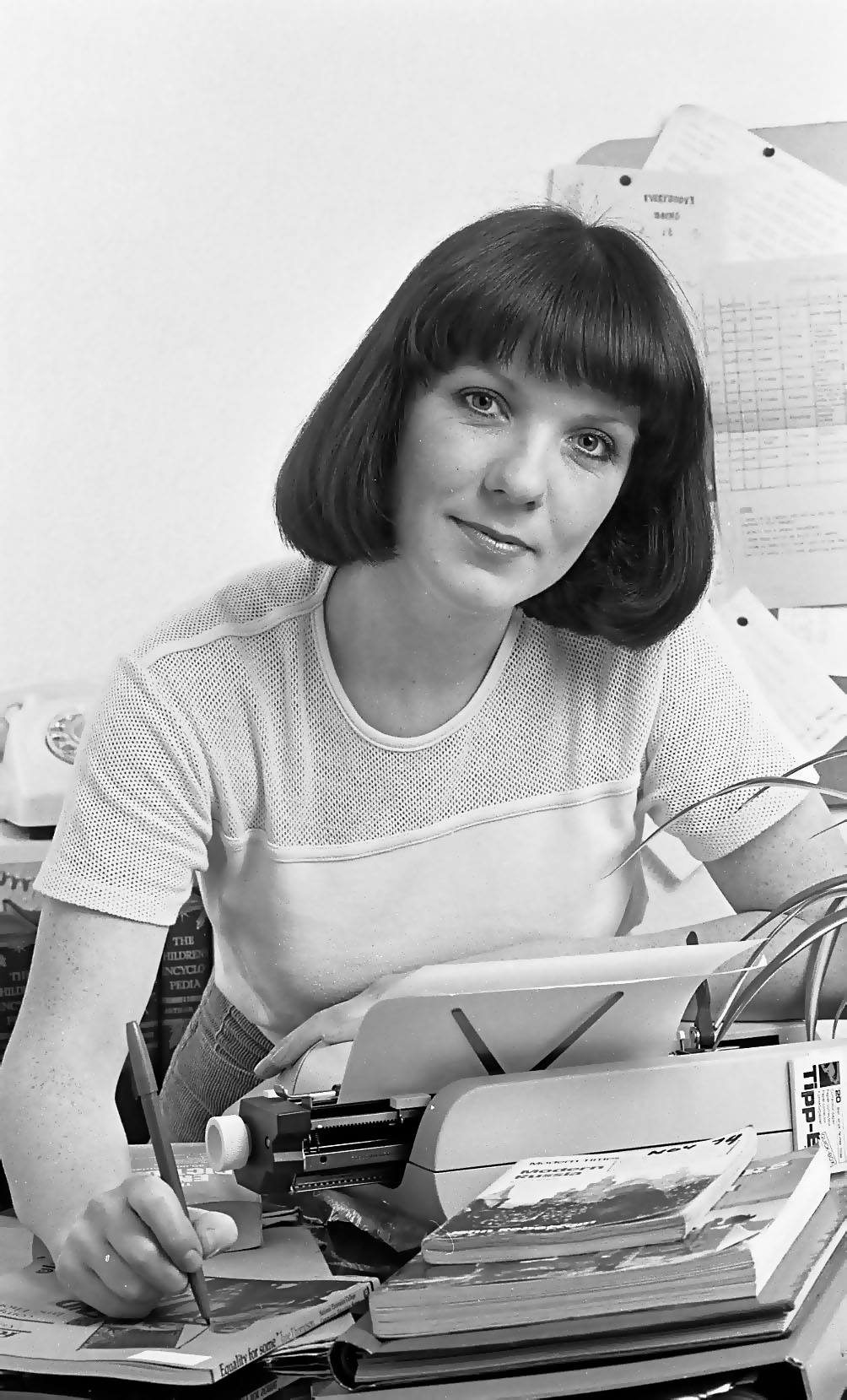 Yvonne, who has an inquiring mind, as a young journalist

In Yvonne’s case, she was poleaxed by the news and turned to Facebook to contact her cousin and his mum, the one “surviving member of that generation”.

They revealed her biological dad was a local bus driver, but could offer no further information.

Just last month, a young woman went viral on video-sharing app TikTok after claiming a DNA test had revealed she was not related to her dad.

Be ready for upset

SOME DNA experts believe people are opening up a Pandora’s box by buying home testing kits for loved ones.

And testing firms typically warn customers that they may discover upsetting things about themselves.

A 23andMe spokesman says: “We have various measures in place to help prepare customers for the information they may discover and give them the choice of whether or not they want to learn it.

“We prepare customers with all of the information they need upfront and inform them that taking the test can result in unexpected and sometimes life-changing results.

“Our customer care team is specially trained and we have created specific resources for those who discover unexpected family members.”

Another of the big firms, AncestryDNA, says: “Almost everyone who takes our test finds something surprising as they embark on a self-discovery journey with us, and for most customers it’s something exciting and enriching.

“But there are certainly cases where a discovery might be quite unexpected.

“We take our responsibility towards our customers – and the potential impact of complex discoveries – very seriously.

“We have a dedicated team of member services representatives trained to help customers.”

‘I FELT LIKE MY LIFE HAD BEEN A LIE’

Despite always identifying as Irish, Cat McDonald said the kit showed she is actually 75 per cent Norwegian, with the rest being German and British.

Cat added that the results gave her an exact paternal match . . . with a billionaire.

“Everyone, including my mother, was f***ing shook,” she said. “Apparently, he was an old family friend.” 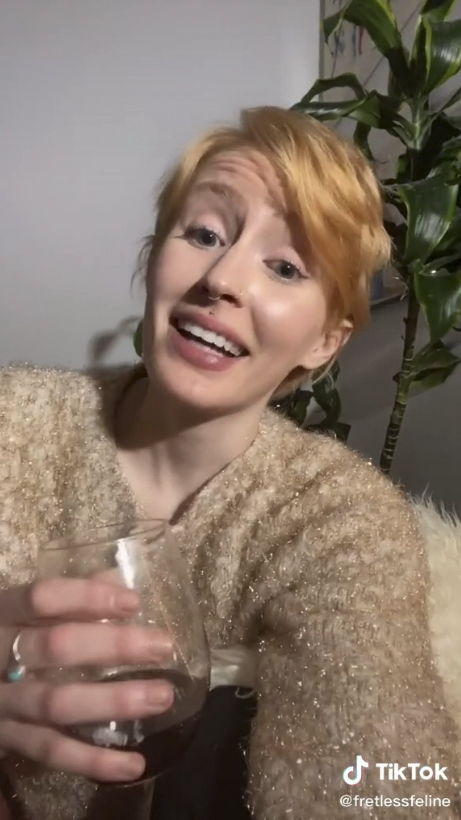 Because her daughters have different fathers — one English and Harry, who is Persian — Yvonne thought their results could be fascinating.

Out of curiosity, she also decided to take one herself, only for her world to be turned upside down.

She says: “I felt hurt that I hadn’t known, like my life had been a lie.

“I know one side of the story of me but I don’t know the other.” 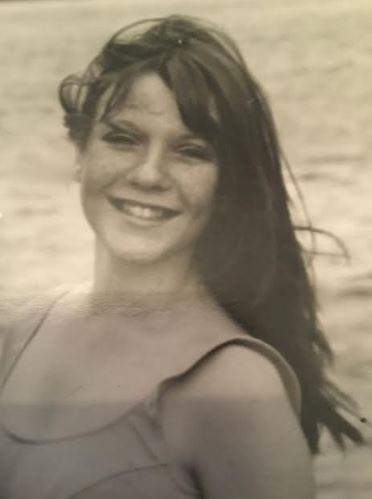 Yvonne, pictured at 15, would would ask her mother whether her dad was really her fatherCredit: Supplied

Yvonne has since been trying to track down her biological father using further DNA tests and rifling through old photos in her loft.

And looking back now, she feels she did not share as close a bond with Charlie as she did with mum Mattie.

She describes Charlie as a “lovely man” but says he had a “coolness” about him.

As a child, she would even occasionally ask her mother whether Charlie was really her father. 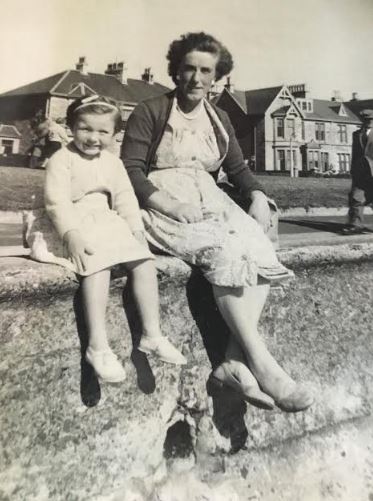 Yvonne aged four with her mum, who would say: Yes, he’s your father. Stop with your nonsense’Credit: Supplied

But she adds: “It all sort of fell into place after the DNA results.”

While Yvonne does not know whether Charlie ever knew the truth about her conception, she believes her mother definitely did. 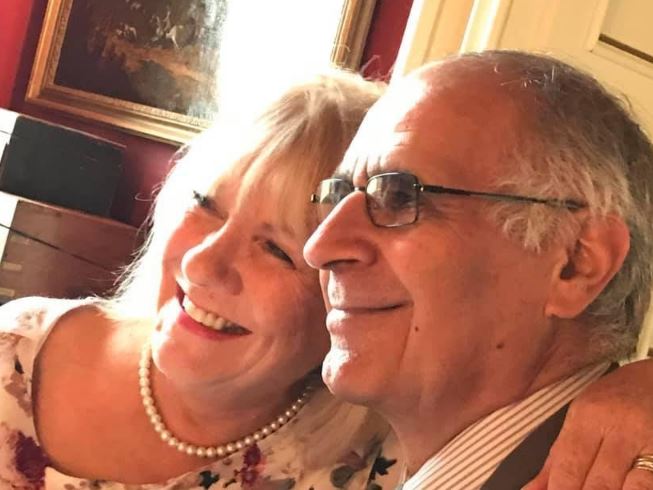 Yvonne, 66, from just outside Glasgow, is married to Harry, 72Credit: Supplied

She says: “I think about September of 1953, there was maybe a bit of passion going on there that shouldn’t have and I’m the result of it.

“But I don’t hold any grudges, these things happen in life. I just wish I had known that I was a mistake.

“I wish Mum had told me, but maybe she thought I would think less of her. By the time my father passed in the early 2000s, my mother had dementia. I thought if only she could have written a letter or something to be given to me after she’d gone.

“But she wasn’t in any fit state to do that by then.” 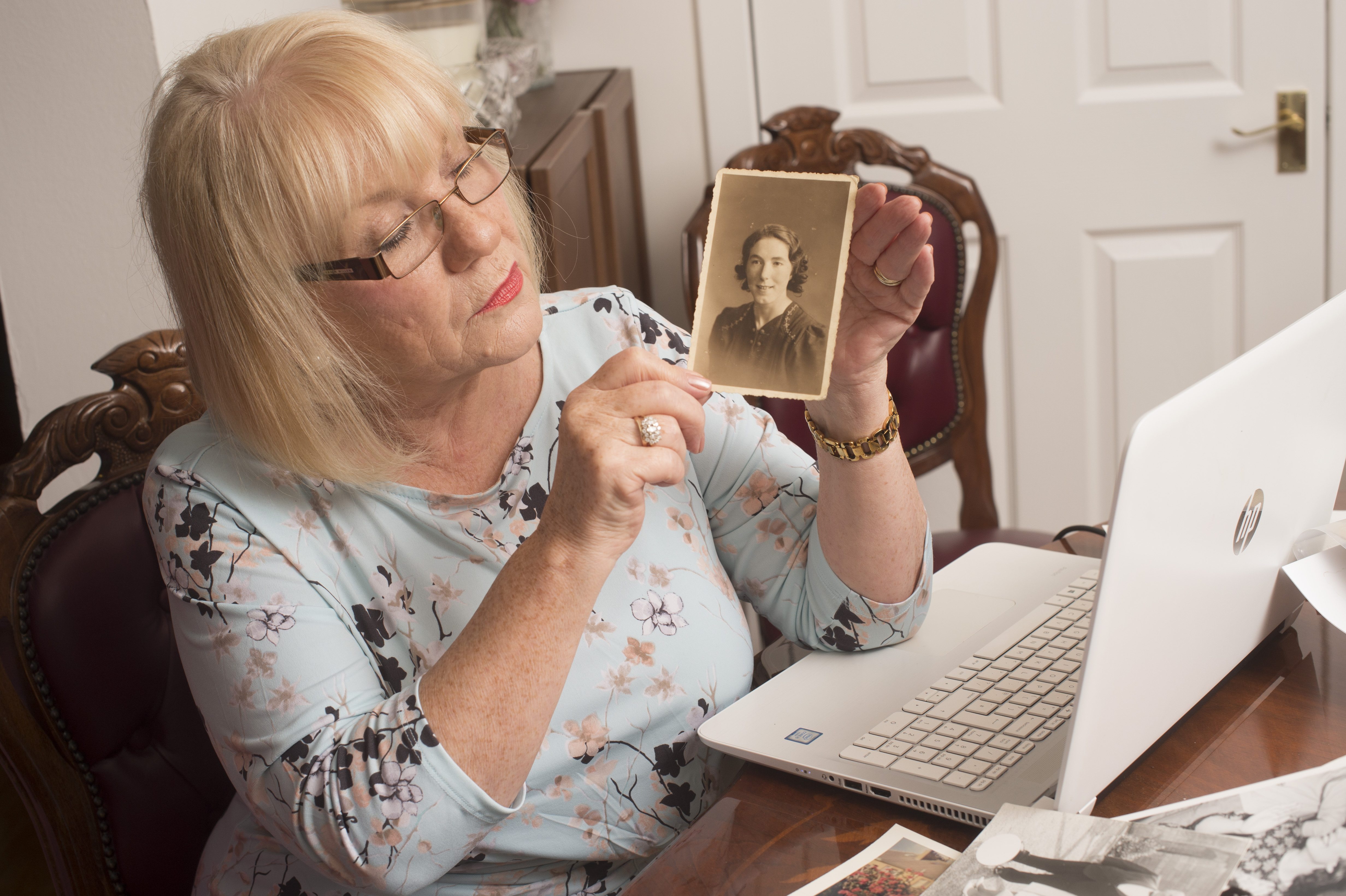 ‘I wish Mum had told me, but maybe she thought I would think less of her’, Yvonne says Credit: John Kirkby – The Sun Glasgow

Mattie died shortly after Charlie, taking her secret to the grave. It was years later before at-home ancestry tests would become widely available.

Yvonne says: “My mother would never have dreamed in a million years that DNA kits would come out and normal people could test their DNA.

“That was science fiction. But then suddenly it was available — and I did it and found a secret.” 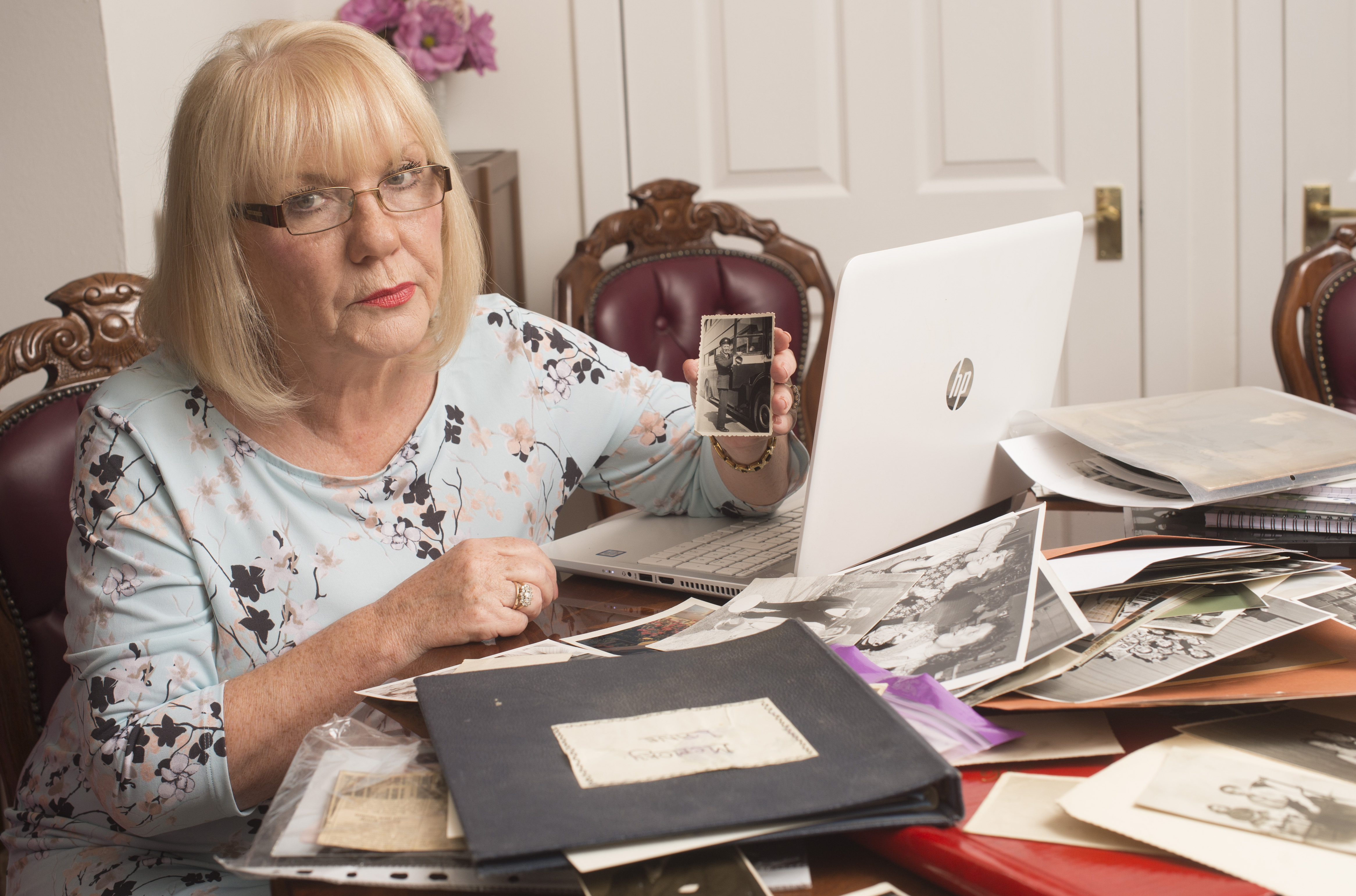 ‘My mother would never have dreamed in a million years that DNA kits would come out’, Yvonne addsCredit: John Kirkby – The Sun Glasgow

Richard Logan, from Rugby, Warks, was gifted a 23andMe test by his wife in 2019.

The 38-year-old said: “My family’s a mix of Irish and English but you always hope there’s something different and exciting in the mix.”

For dad-of-two Richard, that something was a secret half-brother, Craig, living in California.

He found the 30-year-old after checking his results, which included a list of potential relatives, on the 23andMe app. 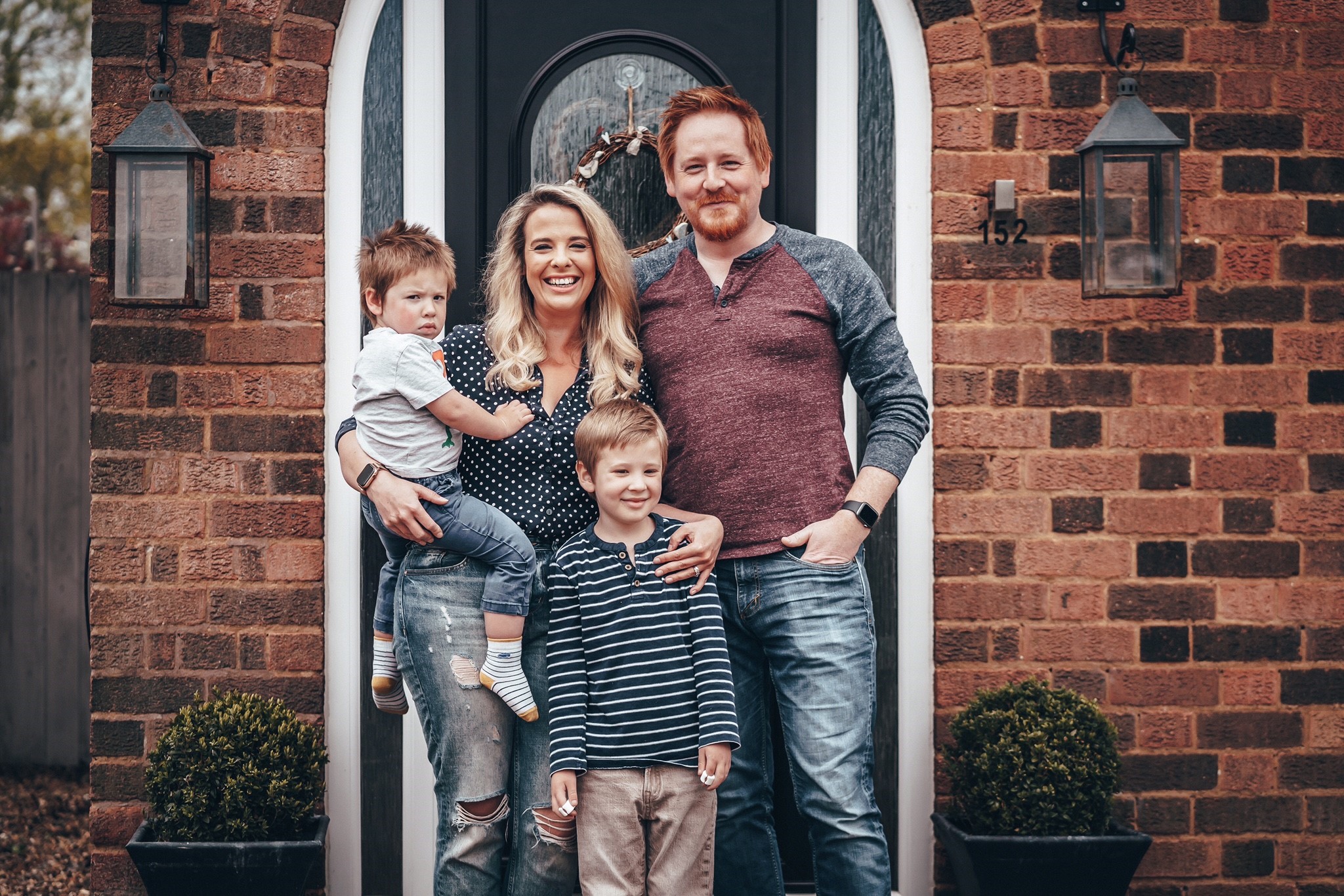 Richard Logan, who lives in Rugby, Warks, with his wife and two children, took a DNA test in 2019 after receving a kit as a giftCredit: Supplied

He says: “Right at the top of the page was Craig with a label underneath saying ‘half-brother’. I was shocked, but thought it must be a mistake.”

Richard, who grew up in Coventry, sent a photo of the results to his mum, “half joking” — only for her to swiftly reply: “Call me.”

He then learned his mother suspected his dad, who had moved abroad permanently when Richard was a young boy, had fathered another child.

Richard says: “I emailed Craig the minute I got off the phone from my mum, something daft like, ‘Hi, I think we’re brothers’. 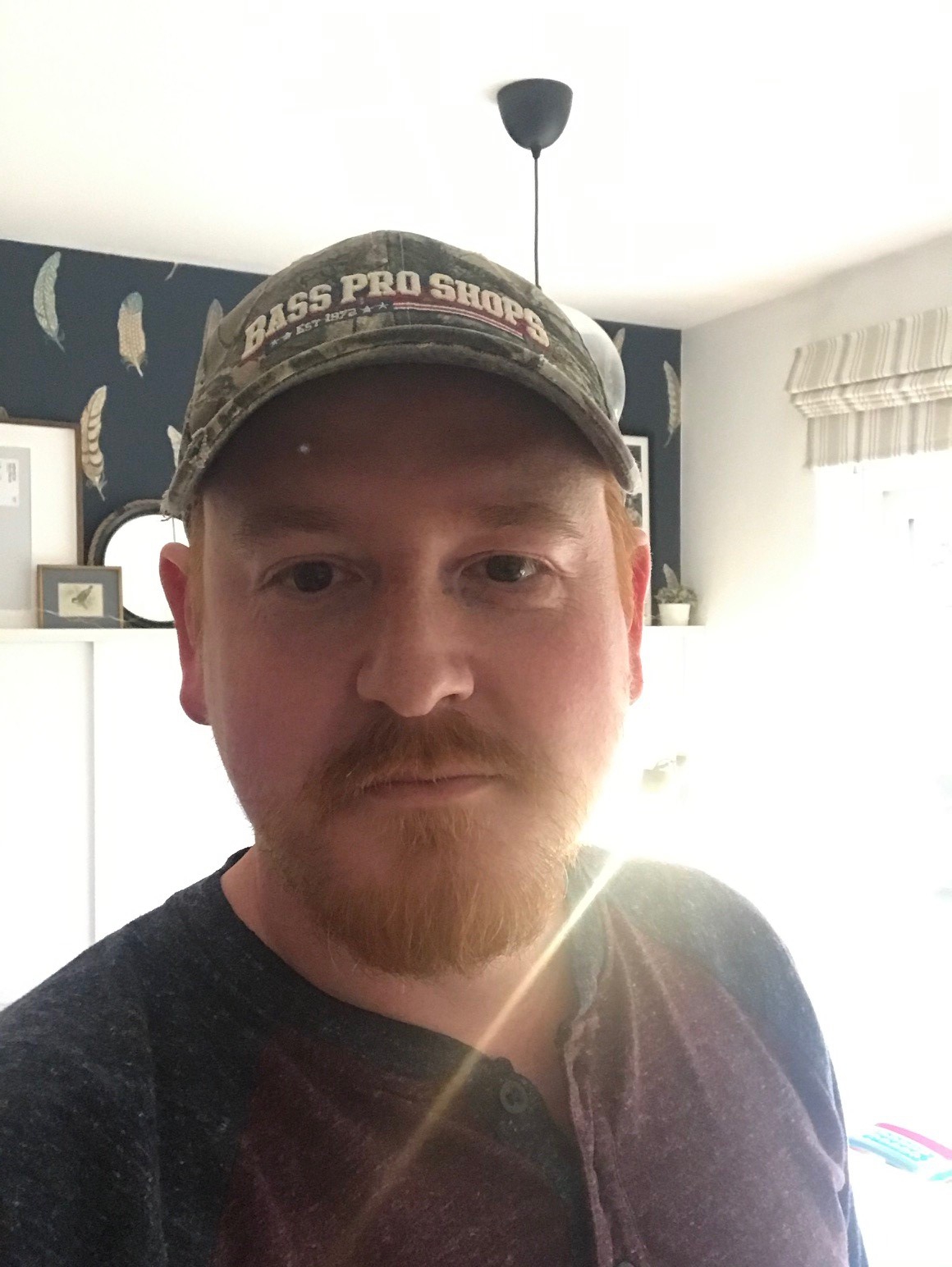 He was shocked to discover he had a half-brother Craig living in CaliforniaCredit: Supplied

‘I ALWAYS WANTED TO FIND MY MUM’

“Craig answered my email the next morning and we instantly hit it off. We really got on, genuinely like I’d known him all my life. We actually look like brothers.”

And though they have not met yet due to the pandemic, Richard says: “My young sons were so excited to hear about their new uncle.”

Unexpected excitement was an emotion also felt by Brenda Steele MacCrimmon when she found her birth mother via a 23andMe test. 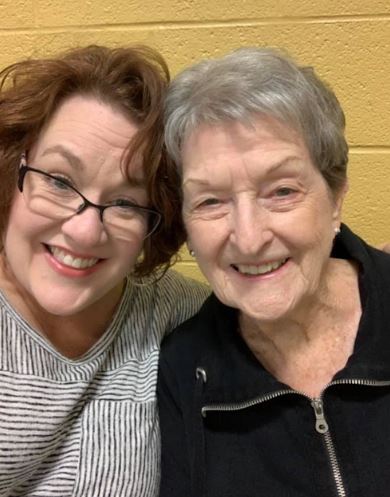 Brenda MacCrimmon, who lives between Scotland and Florida, used DNA tests to help track down her birth mother NitaCredit: Supplied

The 57-year-old, who lives between Helensburgh, Dunbartonshire, and Tampa, Florida, grew up with adoptive parents.

Her father worked as a designing engineer on Space Shuttle programmes, while her mother was a gourmet chef.

But Brenda, a married mum of one who works for an outdoor clothing company, says: “Deep inside I always wanted to find my mum. I had a longing to find her, especially when I was a bit of a troubled teen. And this longing continued into adult life.”

After discovering her “real” name was Natalia, Brenda bought herself a 23andMe kit in 2013 and tracked down her mum Nita and half-sister Rachel. When they met for the first time, Nita’s first words were: “Honey, I’m your mother.” 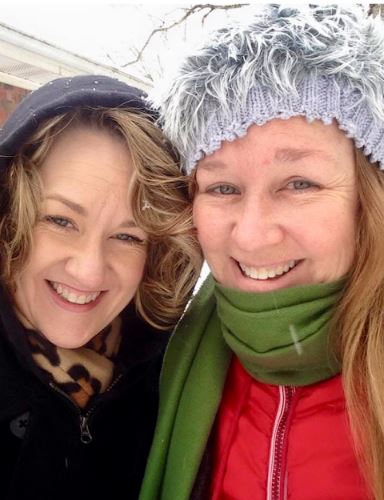 Brenda was overjoyed when the results also helped her find half-sister RachelCredit: Supplied

Brenda adds: “We just hugged and hugged.” The mother and daughter remain close, with Nita even telling Brenda, whose adoptive parents have died, that she would like to unofficially “adopt” her.

“It was a dream come true finding her and my sister,” says Brenda.

But not everyone will have good news. So is taking a test a mistake?

Yvonne thinks not. She says: “I’m a journalist, I’m nosey. I have to know about everything. It’s my nature.

“But go into this with an open mind because all is maybe not what it seems.

“If you don’t want to know, don’t take a DNA test.

“You never know what lies behind the answers.”