I was 18 years old when I moved to the UK from Romania in 2012 (Picture: Dr Alexandra Bulat)

‘Can I vote in local elections?’ is a question I often hear in my role as a County Councillor. And it’s not always easy to know the answer if the person asking is an EU citizen.

When campaigning to persuade people to register to vote in the May 2021 local elections, I remember speaking to a man in Cambridge who wanted to sign up. He almost started filling in the form, before I realised he arrived in the UK after 1 January 2021.

I had to let him know that, because of Brexit, he might not be able to vote – despite being a resident here. I did not stop him as he still could technically register at the time, but should the current version of the Elections Bill pass, it will mean he cannot vote.

At that point, the rules were still vague but the cut off date is confirmed in the Elections Bill. The Bill is clear: only those EU citizens with pre-settled or settled status who arrived before 1 January 2021 will be able to vote in local elections.

So, EU citizens – like me – who came to England before the UK officially left the EU on 1 January this year can vote in local elections but those who arrived after that day can’t.

The Elections Bill is going through Parliament at the moment and will deny the rights of EU citizens who miss this cut off date to vote in local elections in England and Northern Ireland – unless the UK has a reciprocal voting agreement with their home country.

But currently, only Spain, Portugal, Poland and Luxembourg have agreed on reciprocal voting rights treaties – so that leaves many other EU countries and their citizens without a democratic say.

In practice, this means that someone from Romania who arrived in the UK on 31 December 2020 and has pre-settled status can have a vote on how their council tax is spent, whereas a fellow Romanian who arrived after 1 January 2021 cannot.

How is that fair? I don’t think it is and so, I’m working to end this discrimination – with a campaign that asks for local elections voting rights for all residents, regardless of where they were born and when they moved to the UK. 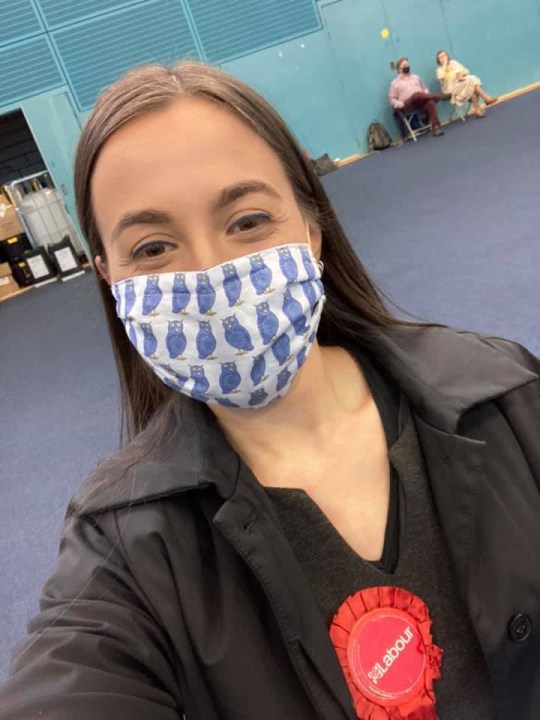 I was 18 years old when I moved to the UK from Romania in 2012. At first, I was not interested in politics at all. I remember that, in my first months here, I didn’t even know I could vote in local elections as an EU citizen.

But randomly, through speaking with some students at university, I found out that I could. It was not difficult to find out, but voting rights is perhaps not the first thing on someone’s mind when moving to the UK.

Truthfully, I didn’t see the point in voting back then. Only after the EU referendum result in 2016 did I realise that decisions taken in the UK do affect me directly.

After the Brexit vote, I became increasingly interested in UK politics because I saw changes in politics – such as immigration policy – impacting my everyday life, like my right to live and work in the UK. I started volunteering more and getting active in my local community.

I began thinking about the hundreds of thousands of migrants who pay council tax, are part of local communities and yet are not represented politically – migrant issues are rarely high on the agenda and there are few first-generation migrant politicians.

Eight years later, and now a dual British-Romanian citizen, I became the first Romanian-born County Councillor in the UK earlier this year.

As a councillor, I am there for everyone who lives in the area I represent. It doesn’t matter if they voted for me or not, or whether they are from Britain, Belgium or Brazil. The council tax bill doesn’t ask you when you arrived in the UK, what passport you have or what your immigration status is.

Local elections – which decide your local council representatives, mayors and Police and Crime Commissioners – matter, and they impact our everyday life. Your council tax does not only fund bin collections, it supports libraries, some schools and nurseries, highways, footpaths, parks, community facilities, council housing and much more. So why shouldn’t all residents have a say in decisions affecting them directly?

I strongly believe our democracy should reflect the diversity of people it represents. For this, we need people who made their home in the UK to be interested in what is going on in politics, register to vote, vote, and potentially stand for office one day.

Should we create situation where there is taxation but not representation for those people who are taxpayers?

But in reality, as it stands, not everyone is able to do this. And there is a lack of information out there. There are not many voter registration campaigns targeting migrant communities either.

When I worked for a voter registration campaign aiming to encourage young EU citizens to register, I lost count of how many times people who were eligible to vote thought they were not. ‘I thought I couldn’t vote anymore after the Brexit referendum,’ was a common comment heard on the doorsteps of Cambridge, Peterborough, Corby and Northampton.

To further complicate things – in England and Northern Ireland, only British, Irish, Commonwealth and EU citizens can vote in local elections. Yet in Scotland and Wales, all residents can vote regardless of their nationality.

Why can’t we have a UK-wide approach?

The last thing we need is to add to this confusion on voting rights by having different rules and dividing EU citizens into those who can vote and those who cannot. This leads to even more misinformation and can become a bureaucratic nightmare for those who administer local elections.

In the end, voting rights are part of a wider debate: who should be able to have a say on local level decisions? Should we create situations where there is taxation but no representation for those people who are taxpayers?

When we speak about migration to the UK, many of us would speak about ‘integration’ sooner or later. What does that mean? For me, engagement in UK democracy was part of my personal story of integrating in the UK.

I’d like to see The Elections Bill amended to include a modern franchise – the right to vote for all residents in local elections in England and Northern Ireland, just like happens in Scotland and Wales already. This only needs political will from MPs to support such an amendment.

We are all residents, we’re all someone’s neighbour, and we all care about similar things, from safe streets to clean parks and getting rid of potholes.

I hope Parliament can see the opportunity in the Elections Bill to create a UK-wide approach to voting rights that is fairer and easier to manage.

All residents deserve a say in decisions impacting them directly.