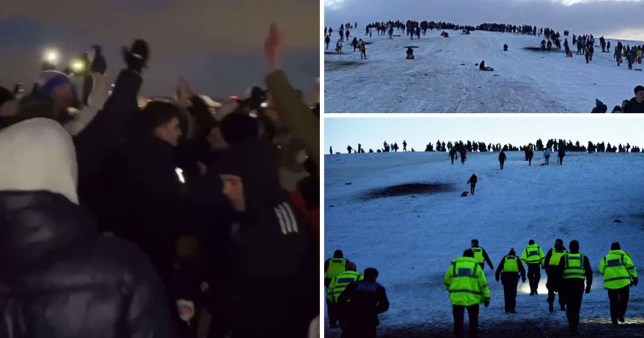 Hundreds of people were filmed partying in the snow (Picture: NCJ Media / North News and Pictures)

Around 300 people were filmed defying coronavirus lockdown restrictions to party in the snow.

Footage showed hundreds of revellers in Newcastle’s Town Moor on Wednesday afternoon, who appeared to be drinking and playing music without following social distancing rules.

The partygoers are said to have used shopping trolleys and upturned tables to sledge down the town’s popular Cow Hill.

A massive pile of rubbish was found at the site after people flocked to the gathering.

Onlookers slammed their behaviour as ‘stupid’ and ‘completely unacceptable’.

One anonymous eyewitness arrived at the scene at 3.45pm, telling Chronicle Live: ‘There must have been a good 300 of them – they had music on, lots of alcohol and no social distancing.

‘They were still there at about 6pm and they were starting to get really drunk.’ 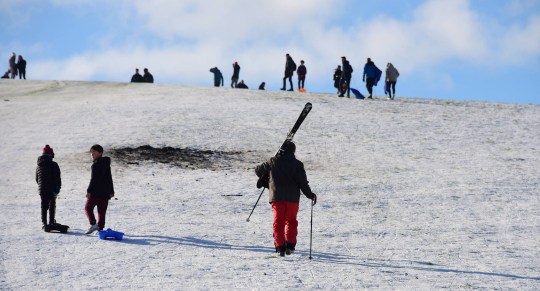 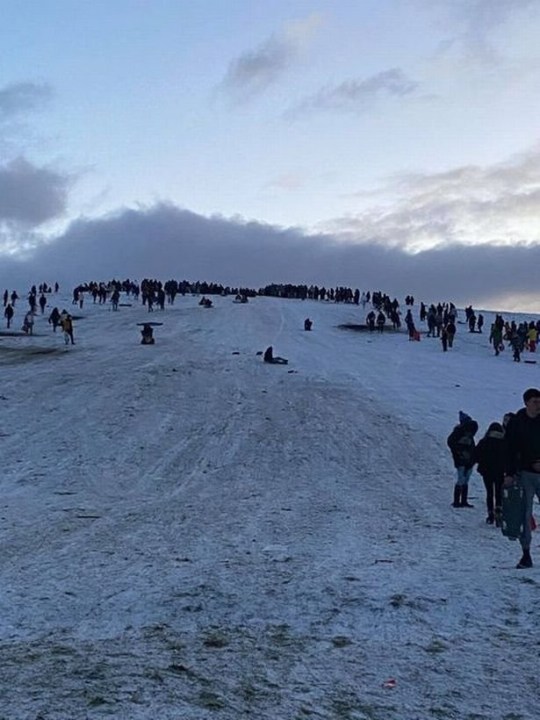 About 300 revellers are thought to have gathered at Cow Hill in Newcastle (Picture: NCJ Media)

She added: ‘I know they’ve been cooped up, like everybody else, but they were getting ridiculous – going down the hill on shopping trolleys, on upside down tables, at one point on what looked like the front of a speedboat.’

Another onlooker criticised the ‘irresponsible behaviour’ for ‘undermining’ the battle against Covid-19 and the efforts of NHS staff.

The gathering had broken up by the time police arrived at the scene.

Northumbria Police said it was aware of the footage circulating on social media. 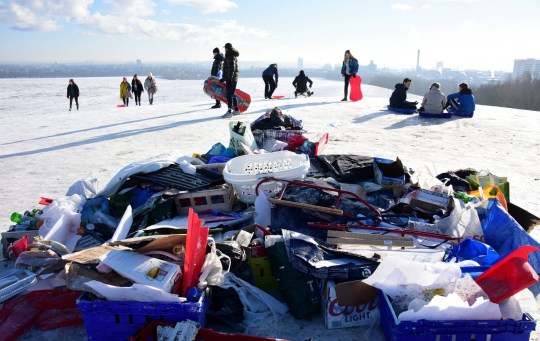 A massive pile of rubbish is left discarded at the top of the Town Moor (Picture: North News & Pictures) 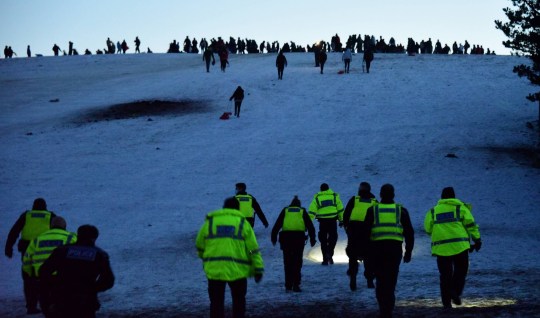 Police arriving at the scene in Newcastle (Picture: North News and Pictures)

A spokesperson said: ‘We want to be clear that this type of behaviour is completely unacceptable and undermines the efforts of the majority of people in our region who are making daily sacrifices to prevent the spread of coronavirus.

‘We also received reports relating to this activity and when officers attended that location the group had dispersed.

‘We did speak to those in the area to reiterate the importance of following the Government restrictions.’

It comes after Boris Johnson had previously promised to unveil a roadmap out of lockdown on Monday, February 22.

But the Prime Minister’s official spokesperson revealed yesterday the roadmap will now be published at some point that week – sparking fears that schools might not open as hoped on March 8.

Brits could be holidaying in Wales at EASTER with pubs and restaurants open, First Minister says