A GIANT humpback whale has washed up dead on a beach in Northumberland.

Coastguards discovered the 36ft-long whale at Blyth Beach this morning. 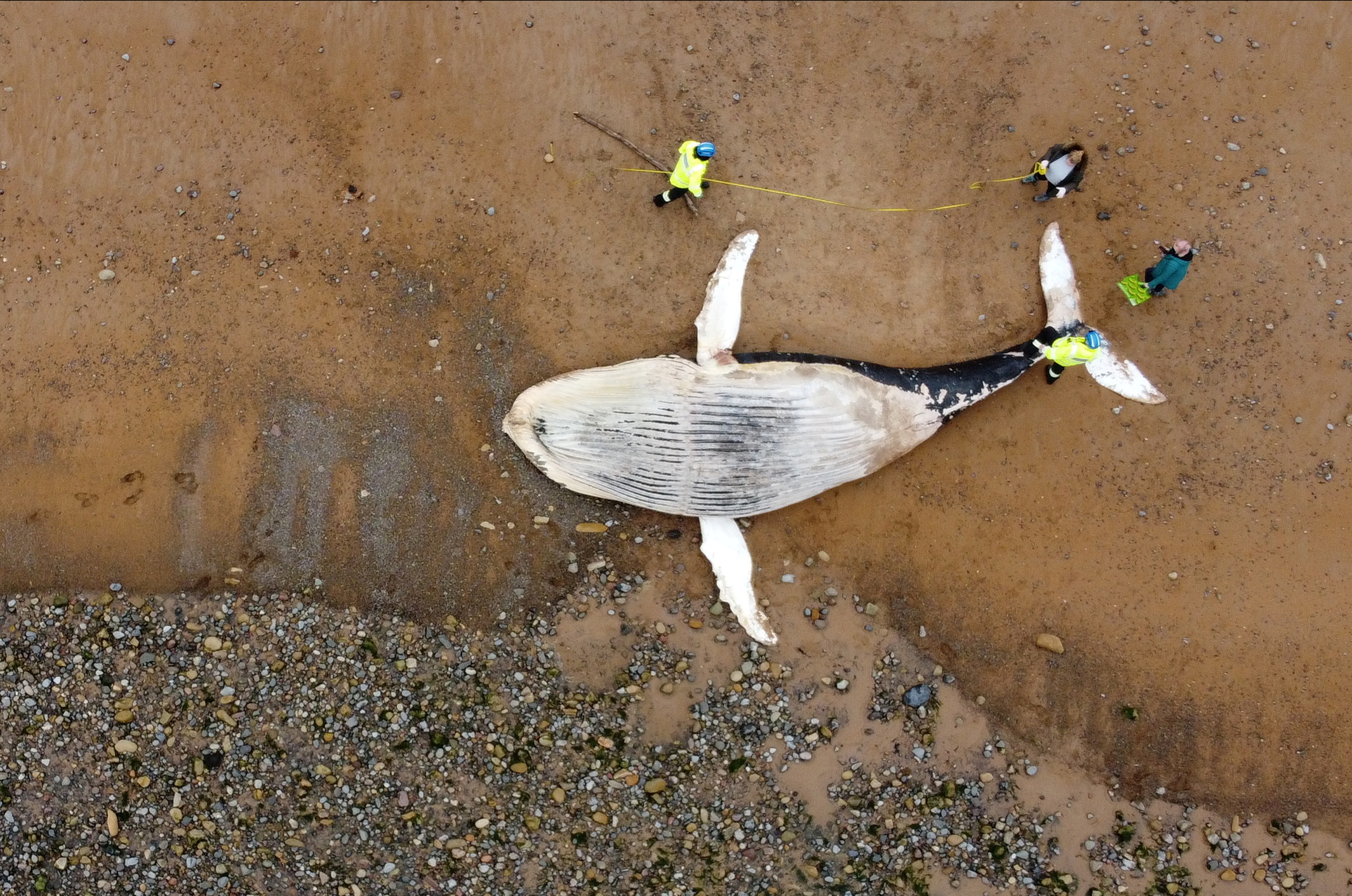 A humpback whale washed up on a North Sea beach appears to have been dead for some timeCredit: Reuters 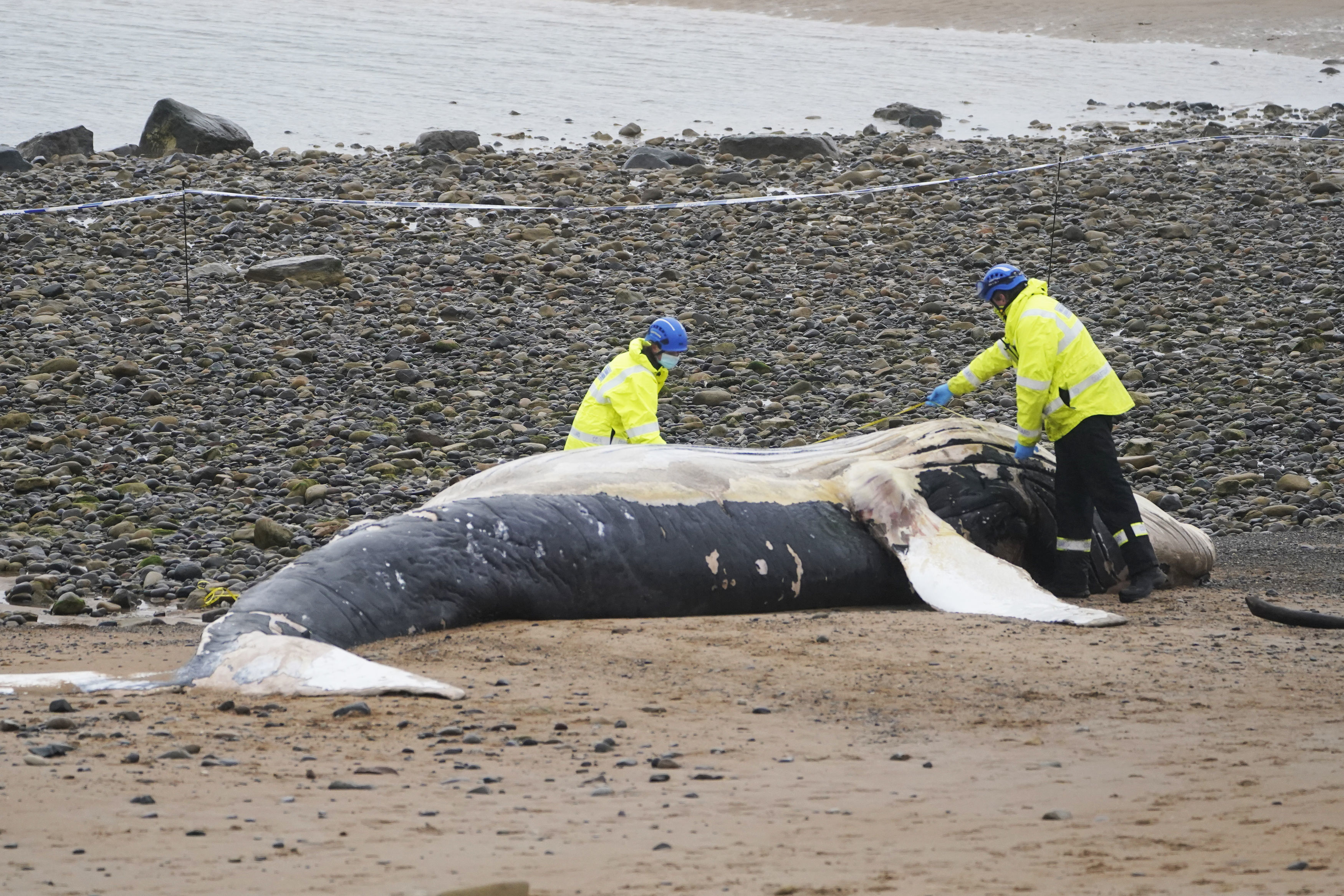 The whale was discovered by the coastguard at 7.15am this morningCredit: PA

A Marine and Coastguard Agency (MCA) spokesman said: “At around 7.15am today, HM Coastguard received a report of a beached whale close to the shoreline at Blyth Beach, Northumberland.

“Blyth Coastguard Rescue Team were sent to assist and report details of the incident. The receiver of wreck has also been informed.”

Whale rescue experts said it was clear the animal had been dead long before it was washed up and it was already decomposing.

Northumberland County Council said it is organising the removal and disposal of the carcass, and warned locals to “stay away” during the process.

They added: “Because of the partial decomposition there is an unpleasant smell and we urge people not to visit the area until it has been removed.” 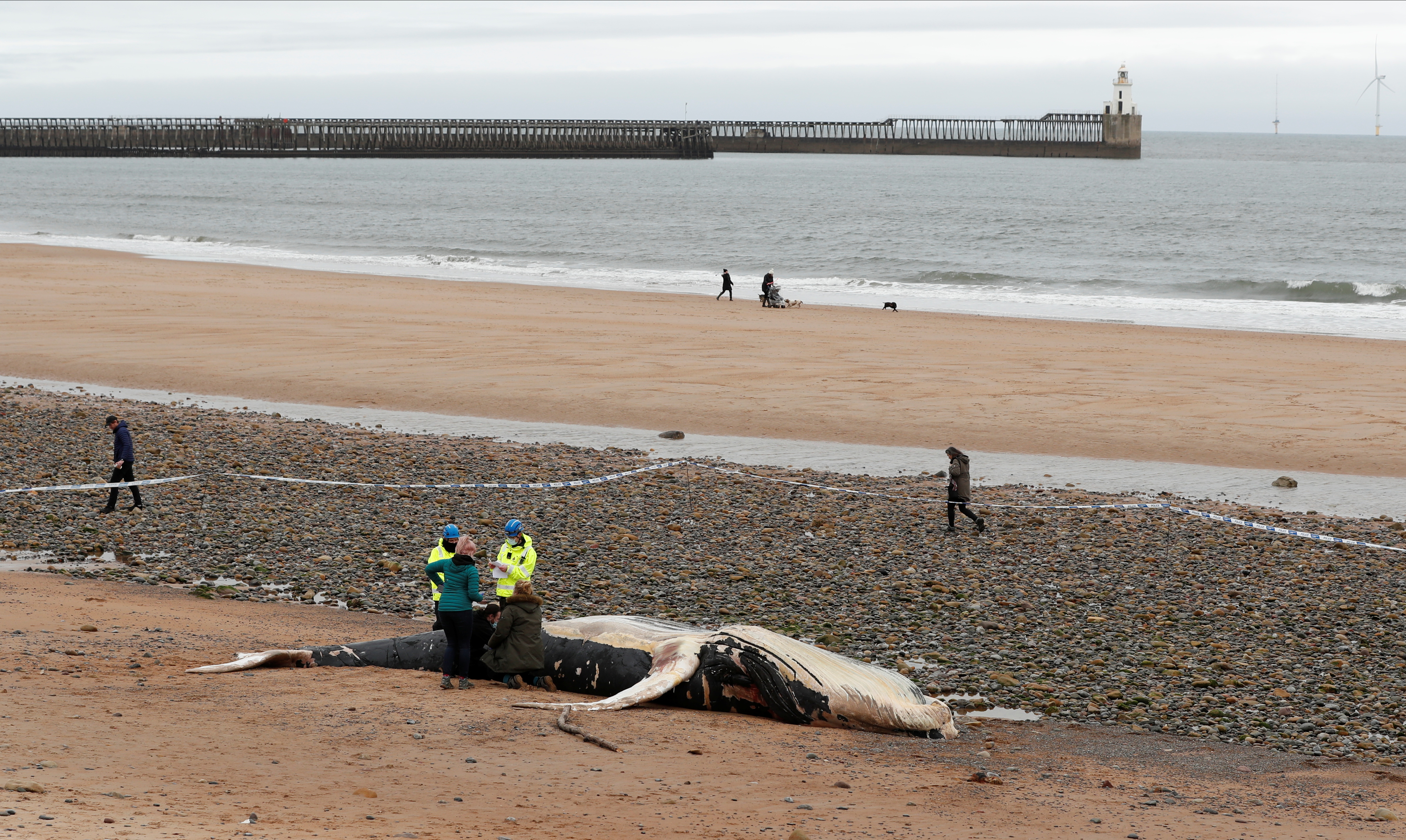 Northumberland County Council said it is organising the removal and disposal of the carcass, and warned locals to “stay away” during the processCredit: Reuters

It follows reports of another humpback whale washing up dead last week close to Dunstanburgh Castle, about 30 miles up the coast from Blyth.

Dunstanburgh Castle was the site of another humpback whale beaching in September 2019.

Earlier this year a 32ft sperm whale was washed up dead on the north Norfolk coast, at Sheringham.

A rare humpback whale named ‘Hessy‘ also made the headlines in October 2019 after being spotted in the River Thames in Kent.

There were six previous sightings of the massive marine mammal – said to measure up to a staggering 33ft – in the river in just one week.