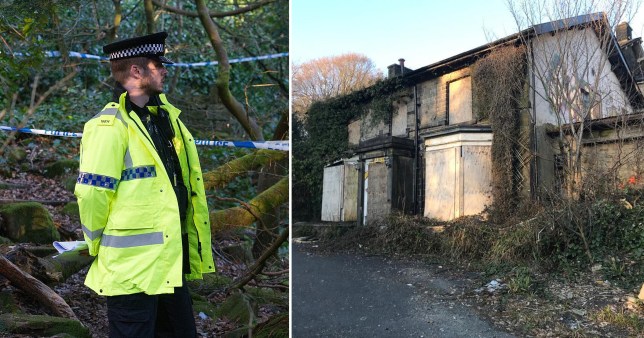 A possible human skull has been found close to an abandoned pub in Bolton (Picture: MEN Media)

A ‘human skull’ has been found by a couple investigating paranormal activity close to an abandoned pub in Bolton.

Danny and Felicity Duffy uncovered the remains in a woodland area off Blackburn Road, near Egerton Park, at around 12.20am. They said they were ‘shaken up’ by the discovery and called the police immediately.

A cordon has now been put in place around the area as officers investigate the remains. Tests and forensic analysis is currently being carried out, Greater Manchester Police said.

Danny, who runs a paranormal investigation YouTube channel with Felicity, said they had been filming in the area when they made the discovery. The couple were released from the scene at 3.30am after speaking to the police.

He said: ‘I’ve not slept. I can’t get it out of my mind. I’ve never come across anything like that before. We both felt sad. Felicity has been quite upset.

‘We’ve only slept for about an hour. As soon as I woke up I thought it was a bad dream.’ 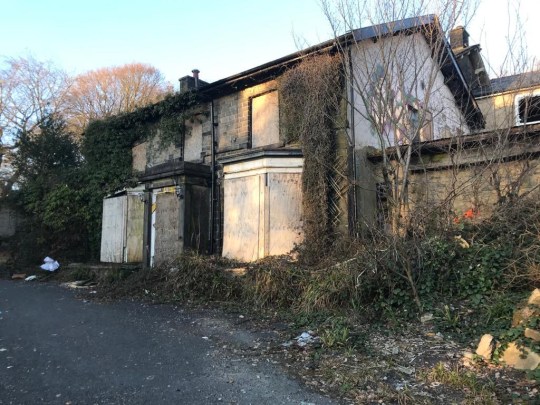 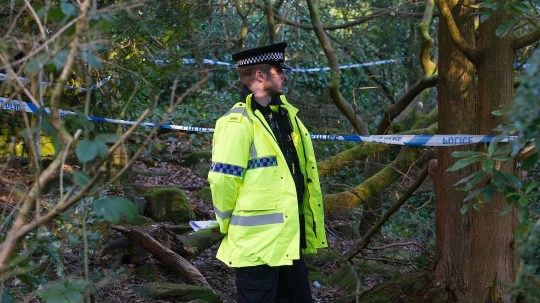 A couple found the skull while filming for their YouTube channel (Picture: MEN Media)

Danny said they also saw an army-style jacket close to the remains. He told Manchester Evening News: ‘Then I saw what looked like a pebble on the floor. I moved the bushes to the side and it was a human skull in the tree line.

‘It really did give us a shock. My legs turned to jelly. We rang the police straight away.’

A spokesperson for Greater Manchester Police spokesperson said this evening: ‘Police were called at around 12.35am on Monday March 1 to a report of a suspicious item being found off Blackburn Road, Egerton.

‘Officers attended and found possible human remains. Enquiries are ongoing and a scene is in place whilst tests and forensic analysis are carried out to ascertain the circumstances.

‘No arrests have been made. There is no threat to the wider public.’