The partially mummified remains, including hair and bones, of a former slave who rose through the social ranks have been found in the ancient Roman city of Pompeii.

The remains of Marcus Venerius Secundio were found in a tomb at the necropolis of Porta Sarno, which was one of the main entrance gates into the city. The tomb is believed to date back to the decades before Pompeii was destroyed by the eruption of Mount Vesuvius in AD79.

What have been described as the best-preserved human remains ever discovered in Pompeii include Secundio’s white hair and a partially visible ear. Initial tests show he died at about the age of 60.

The tomb features a facade decorated with green plants on a blue background and a room for burial. Photograph: Cesare Abbate/EPA

Archaeologists said the discovery was unusual because deceased adults during Roman times were usually cremated. A glass urn with the name of a woman, Novia Amabilis, possibly Secundio’s wife, was also found in the tomb. 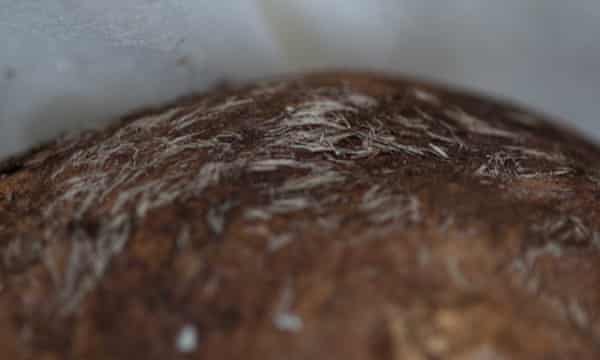 Secundio was a slave and the custodian of ancient Pompeii’s Temple of Venus. After being freed from slavery, he joined the ranks of the Augustales, a college of priests who were in charge of a form of emperor worship. The fact that he was buried in a tomb proves he succeeded in achieving a good social and economic position.

Furthermore, an inscription dedicated to Secundio on a marble slab found at the top of the tomb makes references to theatre performances in Pompeii that were conducted in Greek. Gabriel Zuchtriegel, the director of Pompeii archaeological park, said the inscription was “the first clear evidence of performances at Pompeii in the Greek language”.

“That performances in Greek were organised is evidence of the lively and open cultural climate which characterised ancient Pompeii,” added Zuchtriegel. 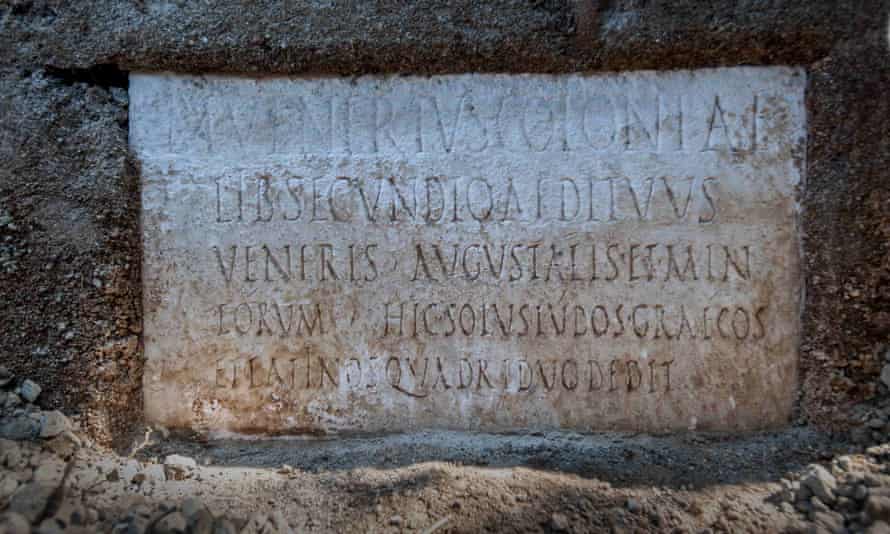 An inscription on the tomb. Photograph: Cesare Abbate

The excavations in the Porta Sarno necropolis area are a joint project between Pompeii archaeological park and the European University of Valencia.

Dozens of new discoveries, including the remains of people and animals killed by the Mount Vesuvius eruption, have been unearthed in recent years at Regio V, a vast area of the archaeological park yet to fully open to the public.

My boyfriend’s family’s shocking revelation on Christmas Day meant I had to dump him, there were too many red flags