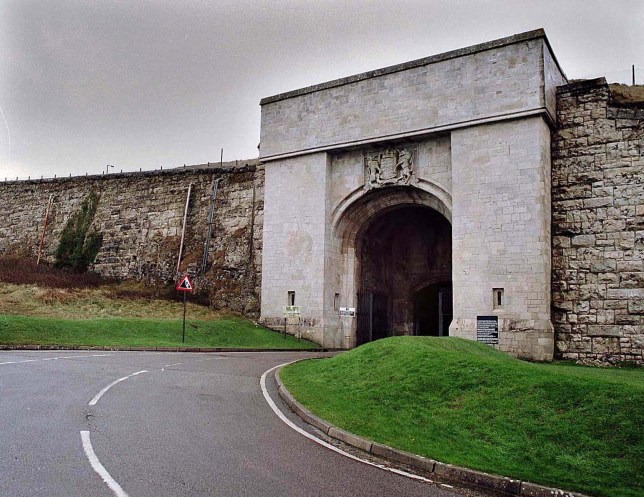 More than 120 inmates in a Dorset prison have tested positive for coronavirus.

A number of prison officers at HMP The Verne, on the Isle of Portland, are also self-isolating, the jail’s Independent Monitoring Board (IMB) has said.

One source told the Dorset Echo ‘video visits’ were a ‘lifeline’ as there is less manpower to manage activities in the jail, which is exclusively for sex offenders and houses paedophile pop star Gary Glitter.

The Prison Officers Association (POA) said many prisoners are elderly, meaning it is difficult to make them self-isolate as they need assistance from prison staff.

The outbreak has sparked renewed calls for prison guards to be prioritised for vaccines, as the Government confirms it will continue to give jabs based on age.

Sarah Rigby, from the Prison Officers Association (POA), said: ‘We would appeal to the Government to prioritise prison officers in the next round of vaccines to try and stop the spread of the virus and to protect hard-working prison officers, their families and the wider community they live and work in.’ 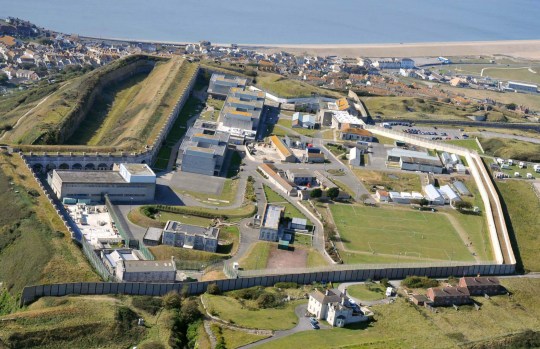 The prison is in Underhill and The Grove, in Dorset, which has a high rate of infection (Picture: Rex)

The Ministry of Justice does not publish data on Covid cases in individual prisons.

The most recent report shows there were 76 prisons or youth custody sites with at least one positive case in the week ending on February 22.

A total of 837 people have tested positive and eight people have died with the virus on these sites.

The Verne, which has a capacity of 580, was converted into a prison for sex offenders in 2018.

The jail is located in Underhill and The Grove which reported 927 cases per 100,000 people last week.

The rate of infection in the small council area is 10 times higher than the UK’s rate, according to The Department of Health.

The Ministry of Justice said: ‘Our priority is to limit the spread of the virus and protect the lives of those who live and work in our prisons.

‘We have taken precautionary measures at The  Verne, in line with public health guidance, and will continue to closely monitor the situation.’

Metro.co.uk has contacted the POA and the IMB for comment.