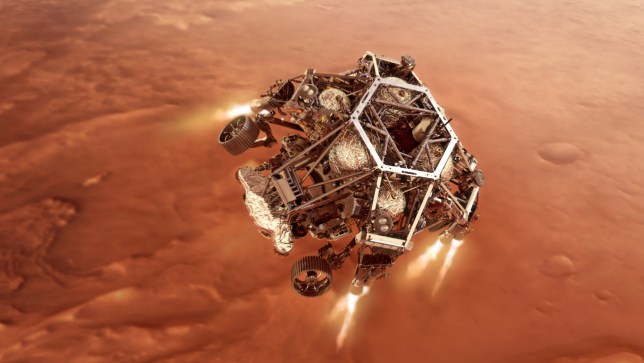 The space agency is now looking for millions of new people to stencil onto their next rover.

Fancy having your name land on the red planet?

If so, here’s how you can sign up, and details on how much it’ll set you back.

How can you send your name to Mars?

NASA has announced that they are now accepting applications from people who want their monikers taken to space.

To sign up for their next interplanetary journey, all you have to do is head over to NASA’s webpage and fill out their ‘Send Your Name to Mars’ section.

It will ask for your name, surname, country, postal code and email address.

Once you fill those in, you can click through and get to your official boarding pass detailing the scheduled departure and launch site of the 2026 Mars Mission.

All submitted names will be reviewed, approved and then etched onto a microchip.

Unfortunately, NASA doesn’t publish the final list of names they select to be engraved.

Those who get approved will see their names travel 34 million miles to the red planet’s Jezero Crater.

So far, over 8 million people have made a reservation. It is not known how many names will be selected.

You will receive a boarding pass that looks something like this (Picture: NASA)

How much does it cost to send your name to Mars?

‘Send Your Name to Mars’ applications are completely free of charge.

Anyone who wants to apply can do so without having to pay.

Once you apply, you also get a free NASA boarding pass with your details on it, which you can print or share on your social media accounts.

From d*** pics to requests to do the school run naked, stars of A Place In The Sun open up about their very weird fans