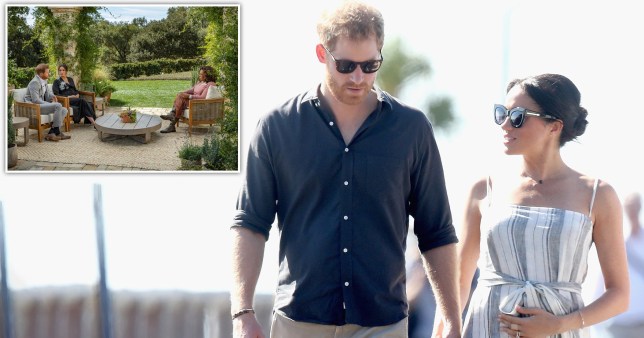 Caption: How much did Harry and Meghan get paid for the Oprah interview?
Credit: Getty

Prince Harry and Meghan Markle have lifted the lid on life inside the royal family in a sensational interview with Oprah Winfrey.

The couple painted a deeply unflattering picture of their time as royals during the two-hour TV special which aired in the US on Sunday night and will be reshown on ITV tonight.

During their tell-all interview, Meghan revealed she had suicidal thoughts as she struggled with life in the spotlight.

She also alleged an unnamed member of the royal family raised ‘concerns and conversations’ about how dark her son Archie’s skin might be when he’s born.

Here Metro.co.uk takes a look at the key moments from the bombshell interview.

How much did Meghan and Harry get paid for the Oprah interview?

CBS paid between $7 million (£5m) and $9m (£6.5m) for the rights to air the interview, according to The Wall Street Journal which cited those familiar with negotiations.

But the Duke and Duchess of Sussex will not make any money from the broadcast, with Oprah’s production company, Harpo, one of the parties reportedly set to benefit instead.

At the beginning of the interview, Oprah made clear Prince Harry and Meghan would not make money from the program.

She said: ‘Before we get into it, I just want to make it clear to everybody that even though we’re neighbours… that there has not been an agreement.

‘You don’t know what I’m going to ask, there is no subject that’s off-limits and you are not getting paid for this interview.’

The Duchess responded: ‘All of that is correct.’

What are Harry and Meghan’s net worths?

According to Celebrity Net Worth, Prince Harry is worth around $50m (£36m).

His money comes from a trust fund which was left to him by his mother Princess Diana, with Harry and William both inheriting their share on their 30th birthdays.

Diana also left her priceless collection of jewellery to her sons – with Prince William having given her engagement ring to Kate Middleton when they became engaged – while Harry created a ring for Meghan with stones which belonged to his mother.

She built up her money from her earnings as an actress, reportedly earning $450,000 (£345,000) per series of Suits, in which she found fame playing Rachel Zane.

Meghan’s movie appearances include Remember Me and Horrible Bosses, while on TV she also appeared in Fringe, Knight Rider, CSI Miami/CSI New York, and Without A Trace. 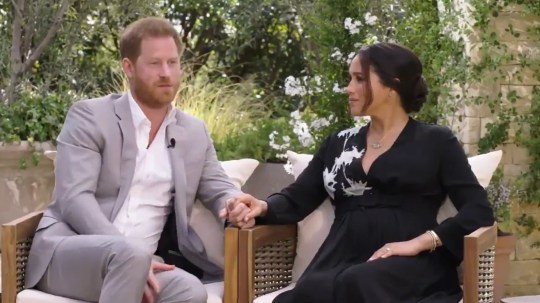 Harry and Meghan open up to Oprah (CBS)

How do Meghan and Harry make money?

The couple have taken on a variety of projects since cutting ties with the royal family.

The couple own the Archewell Audio and Archewell Productions, which appear, based on their website, to be separate entities from Archewell Foundation under the same branding.

Archewell Audio’s Spotify deal was said to be worth £30 million for a multi-year contract.

As for Archewell Productions’ Netflix deal – an exact figure has yet to emerge. 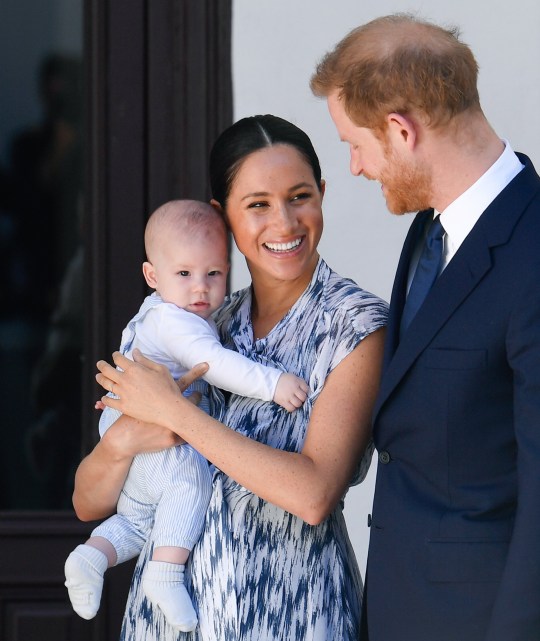 It’s not currently known whether she receives any royalties for reruns and streaming, either.

Currently, the couple are living with son Archie in California, where they have purchased a $14.7 million (£10.6 million) Montecito mansion.

What time is the Oprah interview being shown on ITV tonight?

The broadcast will air in the UK on ITV at 9pm tonight.