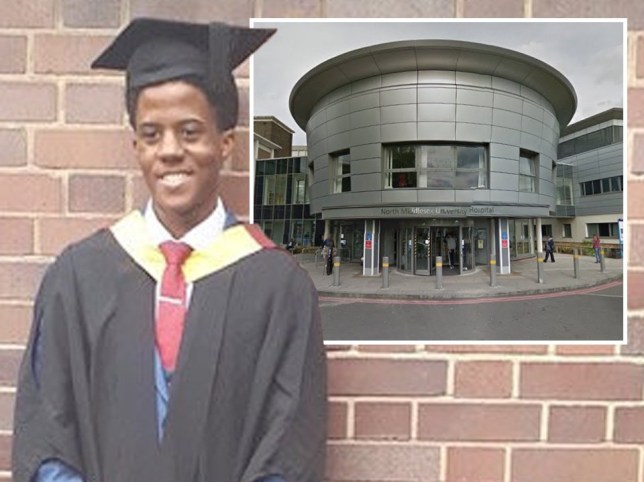 A blood specialist says he could have saved Even Smith had he been called in time (Picture: SWNS/Google)

A football data analyst who died after dialling 999 from a temporary hospital bed could have survived if doctors stepped in sooner, an inquest heard.

Evan Smith, 21, was admitted to North Middlesex University Hospital with jaundice on April 18, 2019 – around 24 hours after being discharged following the removal of a stent.

He had undergone an operation to remove the stent from his bile duct, which was installed following an earlier gallstone removal.

Five days later, on April 23, he complained of hip pain and his low blood-oxygen levels were classified as ‘serious’.

At first, he was denied oxygen by staff, but after calling London Ambulance Service to take him to A&E, doctors considered giving him some.

But the plan was halted because his temporary bed, in the corridor of the hospital, was not build to accommodate ‘oxygen ports’.

Doctors ordered a blood transfusion the next day at around 11am, but ‘significant delays’ meant he did not get it until later. His condition got worse and worse and he died on April 25 at 5.55am. 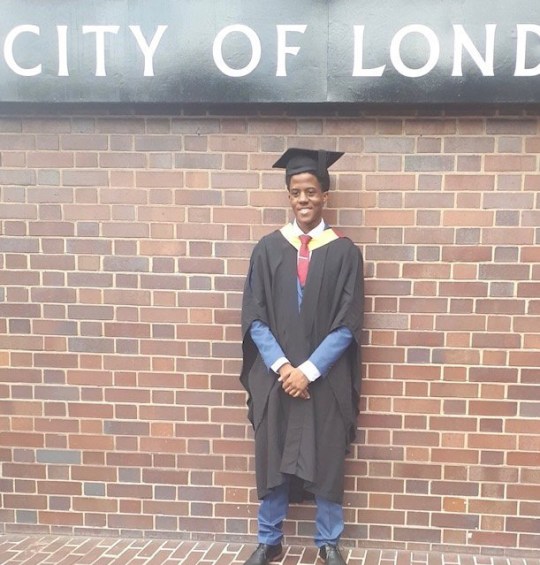 A coroner heard how his organs failed after an infection in his bile duct triggered his blood cells to sickle – meaning they change shape, take on far less oxygen, and pose a risk of blocking his arteries – therefore preventing his body from feeding enough oxygen to his brain.

A post-mortem exam found his cause of death to be ‘multiple organ dysfunction syndrome as a consequences of cerebral infarction and sickle cell crisis due to biliary sepsis’.

Despite complaining of symptoms like hip pain and showing concerning blood-oxygen, a junior doctor did not call a haematologist.

Nor did they provide oxygen to top up dwindling levels of the gas in his blood, despite him telling doctors he feared a ‘sickle cell crisis’ because of his stress levels.

Coroner Andrew Walker QC said: ‘Over the night on April 23 it is likely that a process of sickling had begun.

‘And that would account for the symptoms and fall in oxygen levels. Something Mr Smith himself would recognise form previous episodes of sickling.

‘What was going on was something Mr Smith knew very well was happening.’

One of the hospital’s blood specialists, Dr Arne De Kreuk, today told he may have attended and given a potentially life-saving blood transfusion if he was called.

He said: ‘Unfortunately I wasn’t informed and neither was my colleague, who was on call, so the junior doctor reviewed the patient and made their own decision and didn’t escalate the situation.

‘If I had the phone call at that time with a saturation of 94 per cent and an increase in pain I guess I would have probably initiated the transfusion process. 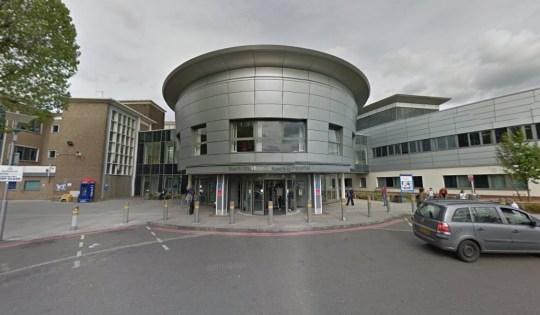 ‘I do think that by the time the transfusion was completed, the damage had already happened. And so if we would have started the transfusion in the very early hours of the morning we might have been able to control the damage better.’

When asked directly if it could have saved Mr Smith’s life, he added: ‘On the balance of probability, I would say yes.’

The court also heard how he was not tested for an infection after the stent was removed because guidelines did not recommend them in cases where there were no symptoms.

Dr Debasis Mujamadar, who carried out the stent removal, told the court: ‘It is easy to see because you can see the colour of the bile that’s coming, the granulation of the tissue.

‘There are many things we see during the stent removal that would show there was an infection – none of that was present here.’

The coroner added that there was ‘disjointed communication’ among the haematology department.

The inquest also heard how the area the hospital covers has a high population of Afro-Caribbean residents, who are most susceptible to sickle cell, but lacked a specialist ward that doctors say could have made a difference.

Such a ward has now been created and is manned by special trained nurses, the coroner was told.

Dr De Kreuk added: ‘I have a very strong view of that, North Middlesex has been commissioned as specialist haemoglobin centre – one of 24 in England – and, in my view, that implies that you have the expertise on board to look after these patients so I feel very strongly that a hospital like ours would have a dedicated ward.’