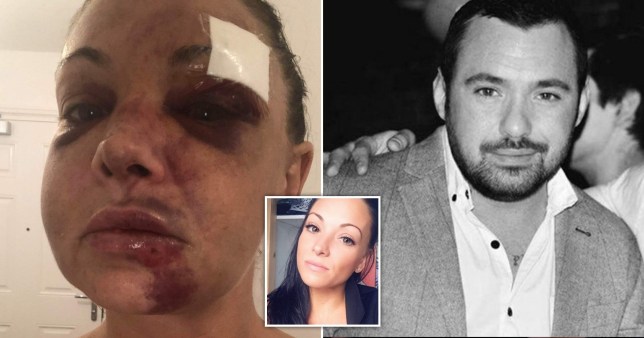 Shocking pictures show the horrific injuries a mum-of-two suffered at the hands of her ‘dangerous and controlling’ ex-boyfriend before she took her own life after ‘feeling petrified at the thought of facing him in court’.

Gemma Robinson, 34, was left with a fractured eye socket and cuts and bruises to her head, face, arms, neck and chest after Joseph Falconer, 33, grabbed her around the throat, repeatedly punched her in the face and spat on her.

The fitness instructor, from Dartford, Kent, was found hanged at her home in July last year, hours before her former partner attempted to secure bail.

Falconer was jailed for three years and four months on February 4 but is likely to be freed in as little as six months due to time spent on remand.

Gemma’s devastated family has chosen to release the images as they ask for public support in their campaign to appeal his sentence.

Speaking to Metro.co.uk, Kirsty Robinson, 33, said her ‘confident, funny, outgoing sister’ was ‘a shell of herself’ after the brutal attack. 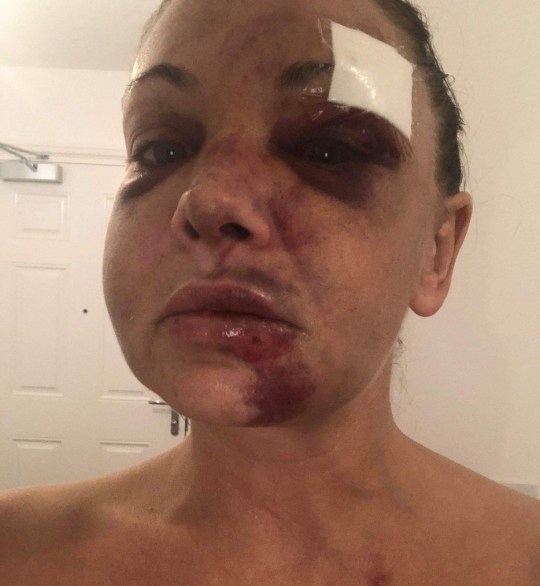 She suffered a broken eye socket and cuts and bruises to her head, face, arms, neck and chest (Picture: Kirsty Robinson) 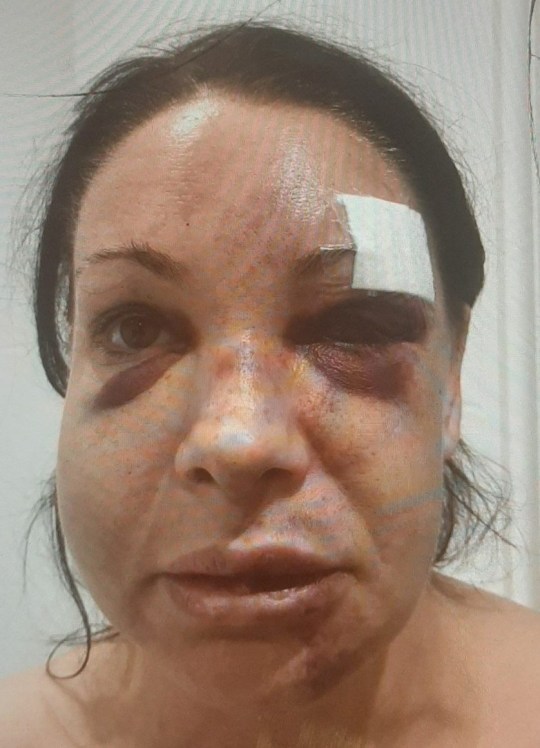 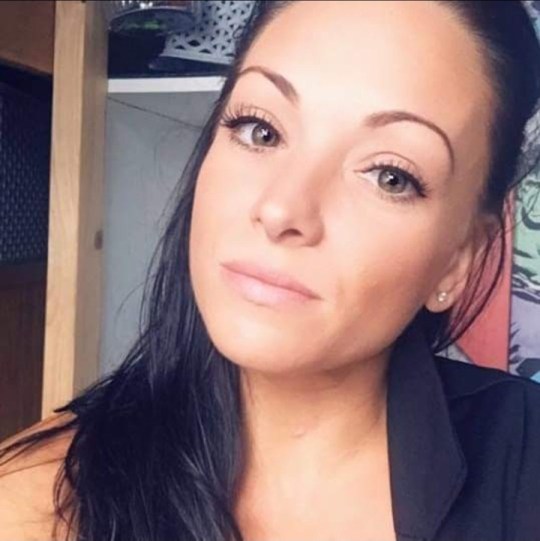 The fitness instructor was a ‘caring and nurturing person who would go out of her way to help people’ (Picture: Kirsty Robinson/Ferrari Press Agency)

‘It was just going on and on. And obviously out of the blue, she did what she did. She just couldn’t take it anymore.

‘She tried to always put on a front, saying she wanted to face him, but I know deep down she was so scared.

‘She was a shell of herself, breaking down, not sleeping, just emotionally unstable since the attack.

‘At one stage, she thought about buying a protective dog, this is how frightened she was.

‘She just couldn’t get to grips with what he’d done to her. She would say, “how can someone who loves you do that?”’

Falconer was handed a restraining order after being convicted for battery and criminal damage following an assault on Gemma in December 2018, Maidstone court heard earlier in February.

He contacted his ex-girlfriend three months later to apologise while threatening to harm himself and claim he was suffering from PTSD.

Taking pity on him, Gemma let him stay on her sofa – but his behaviour became ‘increasingly controlling and he started to question her about where she was going and who she was going to see – similar behaviour to when they were in a relationship’, prosecutor Vivian Walters said. 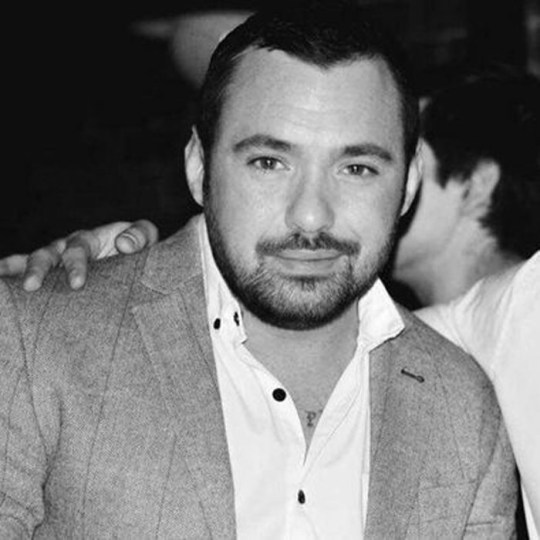 Joseph Falconer, 33, was described in court as a ‘dangerous, jealous and controlling man who took full advantage of the physical strength he has’ 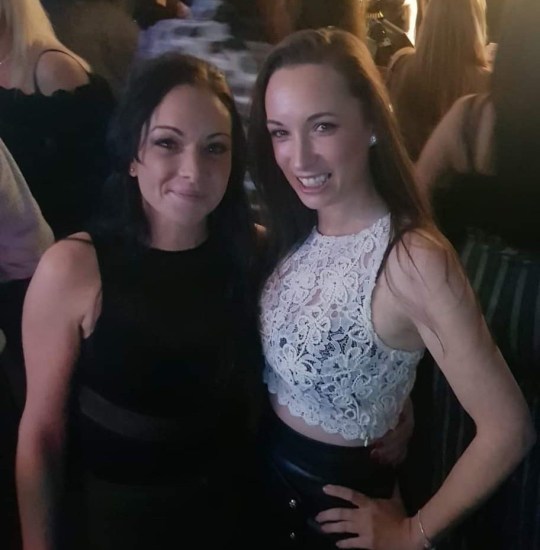 Gemma with sister Kirsty who is ‘fighting for justice’ for the family (Picture: Kirsty Robinson)

The mum ‘thought she would die’ as Falconer dragged her into the bathroom and pushed her into the shower cubicle after she returned home from a night out on November 21, 2019.

Grabbing her under her jawline, he made it difficult for her to breathe as he swore at her and accused her of having sex with another man.

Ms Walters said: ‘He let go of her neck and then punched her repeatedly in the face. She was unsure how many times she was struck but he was saying “Yeah” repeatedly in a belittling manner while punching her.

‘She manoeuvred her head so it was behind the toilet to prevent further assault. The defendant then spat at her and left the property.’

The former Crossrail electrical supervisor also smashed up Gemma’s TV and stole £500 to spend on online gambling during his stay.

Kirsty is ‘fighting for justice’ for Gemma after the death of her beloved sister ‘completely ruined our lives’.

She said: ‘I’m still shocked. I cannot believe he’s managed to get away with that type of sentencing, it’s disgusting.

‘My dad broke down crying in court. To witness my dad cry like a baby when they were describing what he did to her, it’s just horrible.

‘It’s awful seeing my family go through this. It’s not fair this has happened anyway and now we’re having to fight this sentence. It shouldn’t be like this, justice should have been served the day he was sentenced.’

She added: ‘He’s a nasty man, he’s a very dangerous violent man. If you give these light sentences, where they going to learn from it?

‘Her mental health didn’t seem to come into the sentencing at all of. A domestic abuse victim’s mental health is at stake for years after somebody has done that to them.

‘I think this is where it needs to be looked at more. It doesn’t just go away. The victim suffers for a long time, even a lifetime, from the impact.’

Falconer, who had six previous convictions for eight offences, denied inflicting grievous bodily harm with intent and was to stand trial in September last year.

A month after Gemma’s death he pleaded guilty to the less serious offence of inflicting grievous bodily harm and one of criminal damage.

Isobel McCarroll, defending, disputed the suggestion Falconer had ‘sat up all night premeditating an attack’ in court. She said the injuries were caused ‘in the heat of the moment’.

Wild Shein jeans that show off your pants baffle shoppers