Shocking footage shows the moment a ‘loving’ grandmother was mown down by a drug-driver in a ‘sudden, brutal and totally senseless’ hit and run.

Mohammed Ishfaq had taken a cocktail of drugs before ploughing into Krishna Devi Droch, 62, in Handsworth, Birmingham, on November 9, 2017.

Distressing CCTV footage, released with the permission of her family during an appeal, captured the horrific impact as Mrs Droch was struck and sent ‘spinning in the air like a ragdoll’.

The ‘loving, dedicated and inspirational’ grandmother died on the pavement a short while later after suffering catastrophic injuries.

Ishfaq, 34, who had taken heroin, cocaine and cannabis synthetic black mamba, was filmed speeding away from the collision.

He later dumped the Vauxhall Zafira and arranged for a drug dealer pal to torch it.

But detectives eventually managed to track him down and he was jailed for six years and three months at Birmingham Crown Court after pleading guilty to causing death by dangerous driving.

He was also banned from the roads for 10 years. 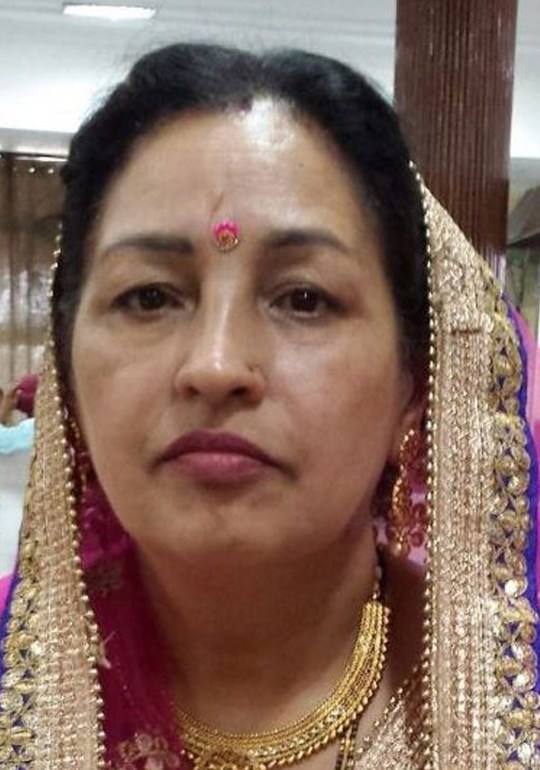 Mrs Droch’s son, Vijay, said in a touching victim impact statement: ‘On November 9, 2017, our mum was killed in a sudden, brutal and totally senseless hit and run.’

He said she was ‘a loving mother and dedicated wife and inspirational grandmother’ and ‘a mother figure to her younger brother and sister’.

Mr Droch added: ‘Her warm, loving and joyful smile lit up the room when she entered it.

‘Mum had a distinctive gift of making you feel loved and appreciated. Her death shocked the community and made national and international news in India.’

Mark Heywood, prosecuting, told the court that Ishfaq and his roommate Darren Holness were both ‘users and dealers of drugs’ and each had access to the Zafira.

That morning they had gone to Sycamore Road to sell drugs, but found two vehicles waiting for them when they arrived.

Fearing ‘they were going to be robbed and assaulted or worse’, the pair sped off and were chased through residential streets for around half a mile. 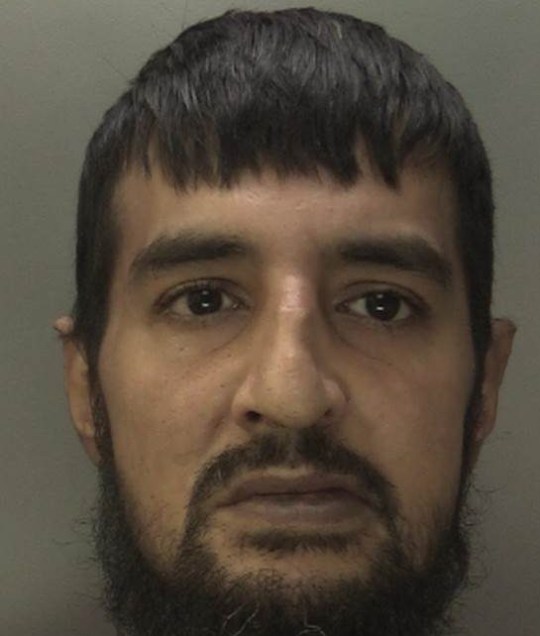 The prosecutor described how Ishfaq drove aggressively throughout the pursuit, overtaking and narrowly missing a number of other vehicles before entering Rookery Road, where Mrs Droch had begun making her way across a pedestrian crossing.

Ishfaq can be seen swerving right around a ‘keep left’ bollard and colliding with her, sending her somersaulting onto the pavement and speeding away.

She suffered a number of injuries including a depressed wound to the skull and died at the scene.

Rather than hand himself in when they eventually did pull over, the court heard Ishfaq and Holness took more drugs.

Holness was later spared jail after he admitted perverting the course of justice when Ishfaq offered him money to say he was driving.

Jailing Ishfaq, Judge Paul Farrer QC said: ‘You were approached by a group of men in two cars and you believed they intended you harm and you drove away.

‘You failed to stop and immediately began to plan how you could avoid responsibility for your actions.

‘When you discovered that Mrs Droch had died you reacted with callous disregard.

‘The death of Mrs Droch was caused because you involved yourself in drug dealing.’