CHILLING CCTV shows a hooded figure walking in the darkness on the day a mum-of-two disappeared.

The footage was captured on a family’s camera in Lanarkshire where Karen Stevenson vanished two weeks ago.

It shows a hooded figure matching Karen’s description at around 3.15am on February 19 on McGregor Road.

Police say the mum was last seen around that time on nearby Seafar Road.

Jane Finlay, 50, who recorded the footage, claims police officers told her it was Karen “without a doubt”.

She said: “It’s an absolute mystery what’s happened to her.

“As far as we’re aware that’s the last sighting of her. She looks quite calm in the video. But we don’t know where her head’s at.

“The police looked at the footage and said it was her straight away.

“There was no doubt. After that we had more police at the house.

“I know her man has seen the video because I sent him it. He said it’s Karen, definitely.”

It comes as police said they have had “tremendous support” from the public – but revealed Karen’s family are “greatly concerned” about her.

Her loved ones said the disappearance is “completely unusual” and that Karen has “never been missing before”.

In a statement, they added: “The whole family are really worried and would like Karen to get in contact with anybody to let us know she is safe.”

Officers yesterday spoke to passers-by and motorists following a sighting on nearby Seafar Road.

“We are also identifying further CCTV opportunities in the area and in particular would welcome assistance from local businesses or residents who may have private CCTV.

“I would like to thank the public for the tremendous support they have given so far in helping us to trace Karen.”

Karen is 5ft 1in, of slim build, with long brown hair.

When last seen she was wearing a purple jacket with a fur-lined hood, a cream long-sleeved T-shirt with a graphic design, black leggings, and black ankle boots.

She may also have been carrying a small pink handbag, with metal studs and a chain strap.

Anyone with information can call police on 101 using the reference number 3369 of Saturday, February 19, 2022. 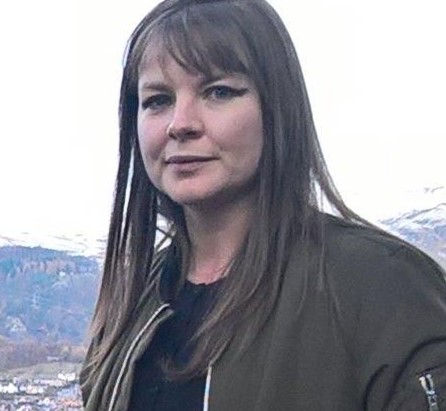 Karen was last seen on Saturday, 19 February, 2022 at around 3.15amCredit: POLICE SCOTLAND