Homeowners who feel ripped off by Trelawny Roofing and Builders have formed a support group (Picture: Leeds Live/MEN Media)

A group of homeowners say they’ve lost a combined total of £500,000 after a loft conversion firm left their houses looking like ‘bombsites’.

Leanne Harrison, from Farsley, Leeds, was so upset by the state of her house she formed an online group to warn other people about what had happened.

She found 15 more homeowners in the same boat, all of whom claim to be half a million pounds out of pocket altogether.

The group claim they were ‘pressured’ into making initial payments of £17,400 after builders set up scaffolding straight away.

Months after having their lofts pulled apart, some customers say they are still waiting for work to continue. 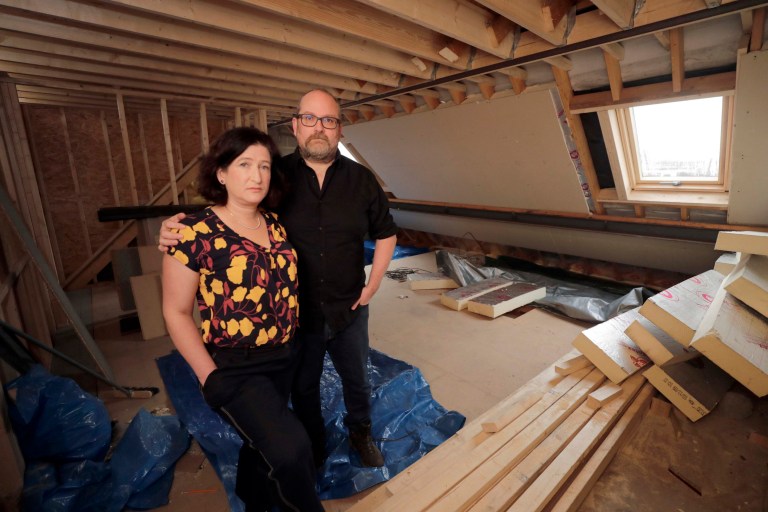 The company says it simply ran into hard times financially after taking on a number of jobs and were forced to be selective about which ones they finished.

But customers claim the firm’s sole director, Colin Brown, 62, was ‘aggressive’ down the phone while chasing initial payments.

Leanne and husband Adam, who have two young children, hired the company to convert their loft back in September 2021.

They thought it would be a straightforward job and agreed to pay £34,800 for the installation of a dormer, en suite, and a walk-in wardrobe area.

The couple claim workers ripped apart the loft in a disorganised fashion, then began arriving less and less frequently over the next month.

They say getting in contact with Trelawny proved difficult, with messages, emails and phone calls going ignored. 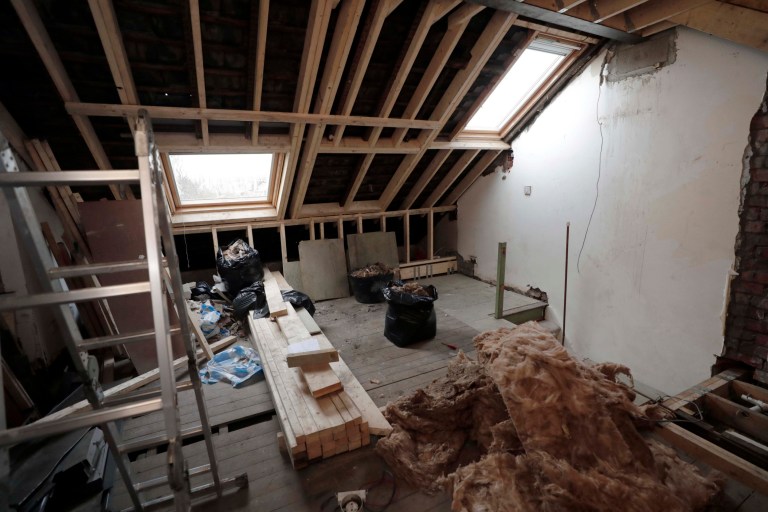 Adam, a graphic designer, and Leanne claim they have been waiting 17 weeks for the work to be completed.

He and Leanne say work began on September 27 but that workers have not been back since December 13 last year.

Leanne said: ‘The only time I ever heard from Colin was when he wanted money from me, it was just over the phone and he was very aggressive.’

The couple claim Trelawny attempted to inflate the price by £5,000 to ‘strengthen the floors’.

Mr Turner says they were ‘bouncy and unsafe’ and agreed to waive the extra fee when Leanne went ‘berserk’.

In the end, Adam and Leanna, both 36, say they were left thousands of pounds out of pocket and a ‘trashed’ loft.

They say there are gaps in the roof, bare floorboards, exposed plumbing and a dormer with a hatch for a window but no panes. 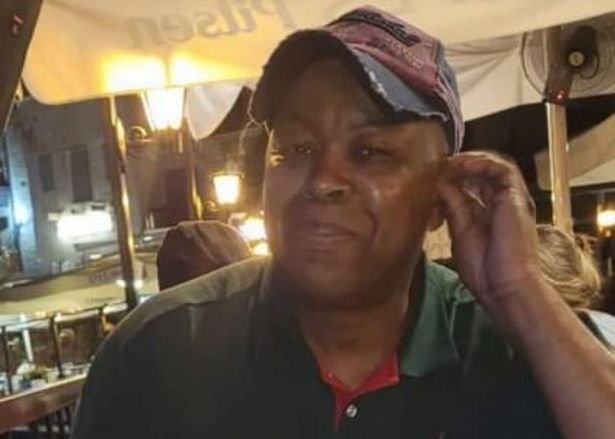 Leanne said: ‘It’s like a bombsite, it’s full of rubble, electric wires, plumbing and you can see all the floor opened up with all the pipes. You just want to come back down again, it’s awful.’

Leanna says the ordeal has disrupted her maternity leave with her eight-month-old daughter Phoebe.

She said: ‘I’ve never cried so much in my life and I’m not a crier, but I cried. I’ve gone through every single emotion, I’ve laughed, I’ve cried, I’ve had anger.

‘There have been times when I haven’t wanted to get out of bed because of the thought of having another “Groundhog Day” of dealing with this again.

Leanne and Adam went to their bank to see if they could request their payments back but were told as soon as scaffolding is up and work has technically commenced, the BACS transaction cannot be returned.

After not hearing back from the company for months, Leanne set up the ‘Trelawny Lofts/Roofing Victim Reviews’ group online to warn others.

Another married couple, Graeme Davies and Rachel Rich, both 48, claim to have paid Trelawny an upfront fee of £22,800 for a similar loft conversion in August.

He said scaffolding was put up before their initial payment to make them feel ‘a little pressured into the deal’, claiming the firm called him every day asking where the money was.

The University of York professor says the builders then ‘just disappeared for ages’ after their ‘disorganised’ work, during which tiles were ‘yanked off the roof’ leaving the house exposed. 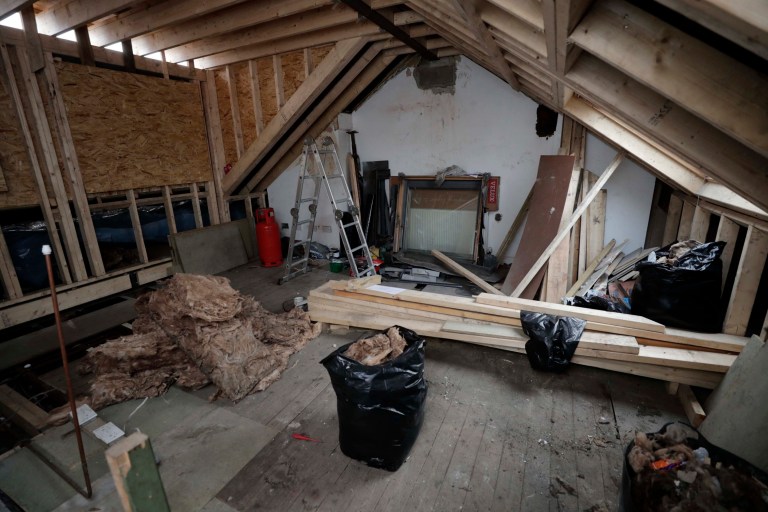 The company says that as it started to run out of money, it had to pick which jobs to complete (Picture: Leeds Live/MEN Media)

The couple say a dormer window was installed but then construction petered out. Rachel, a reader in History at Leeds Beckett University, says Mr Turner would laugh off her questions and patronisingly call her a ‘worrier’.

She added: ‘They were making me feel like I was being a neurotic female. It’s quite a powerful tool to use as it put me on the back foot a lot.’

The couple claim they have been waiting 20 weeks for work to be completed.

Scaffolding went up on September 7 and work stopped at the end of November, with the exception of a man checking on how weatherproof the loft was on December 16.

When Graeme called demanding answers and for work to continue, he says coronavirus was often brought up as an excuse.

‘They keep telling me they’ve got Covid. They mentioned Covid a lot – like “all the guys have Covid”,’ he added.

Graeme recalls one particularly distressing day when a workers who weren’t the ‘usual lads’ came to work on the house.

He says they could smell cigarette smoke wafting down from the loft and claims the workmen ‘p****d in a bucket and left it up in the loft’, along with cigarette butts.

Graeme said no actual work was done ‘except sawing up some bits of wood’, which was left precariously hanging off the scaffolding above the conservatory.

Rachel and her husband covered the gaps in their roof with tarpaulin but said rain still came through, causing damage to all the ceilings on the first floor.

They now have to check to see if water is coming through whenever it rains and can no longer trust the integrity of their house.

A grandfather, who wished to remain anonymous, said he spent £53,000 on his daughter’s first house in Sheffield, but feels his life is now ‘wrecked’.

‘My 35-year marriage is in pieces and my daughter’s house is a wreck and it’s all my fault,’ he said.


Payment receipts from seven customers amounted to a total of £220,436, with one customer paying Trelawny £60,000, according to Leeds Live.

Project manager Mr Turner said: ‘We spent all the money on labour and material through the hard times. The problem was, when we started to run out of money, we started to grasp at other jobs.

‘We had to pick which jobs we could complete to finish. Naivety, yes. But criminal? No.’

Asked if the incomplete work was down to incompetence, Mr Turner said: ‘Yes, yes, yes.

‘The illnesses, the Covid and all the other rubbish, that’s what slowed us down. Some of the lads we paid twice to do the same job and that was our problem.’

Mr Turner said he ‘struggled’ to hire labourers and claimed many were dishonest with him about being qualified joiners or roofers.

He said nearly all of the loft conversions are ‘45% completed’. The firm denied putting scaffolding early to ‘pressure’ customers and said workmen never left it on without returning.

They blamed a former member of staff for any incomplete work or for speaking to customers rudely or forcefully.

Claiming he hasn’t ‘done anything wrong’, Mr Brown said he recorded every conversation and could prove he was never aggressive to customers on the phone.

Denying using Covid-19 as an ‘excuse’ not to send workers to finish the work, Mr Brown said: ‘Every person in my organisation has had it’.

Trelawney Roofing did not yet respond to a request for comment from Metro.co.uk.