A HOMEOWNER has told how he fears his £450,000 home is now worthless after a huge landslide saw part of a neighbour’s garden disappear.

Melvin Jones, 63, told how he was left frightened after several tonnes of earth slide down onto a beach at Nefyn, Wales, Monday around 11am. 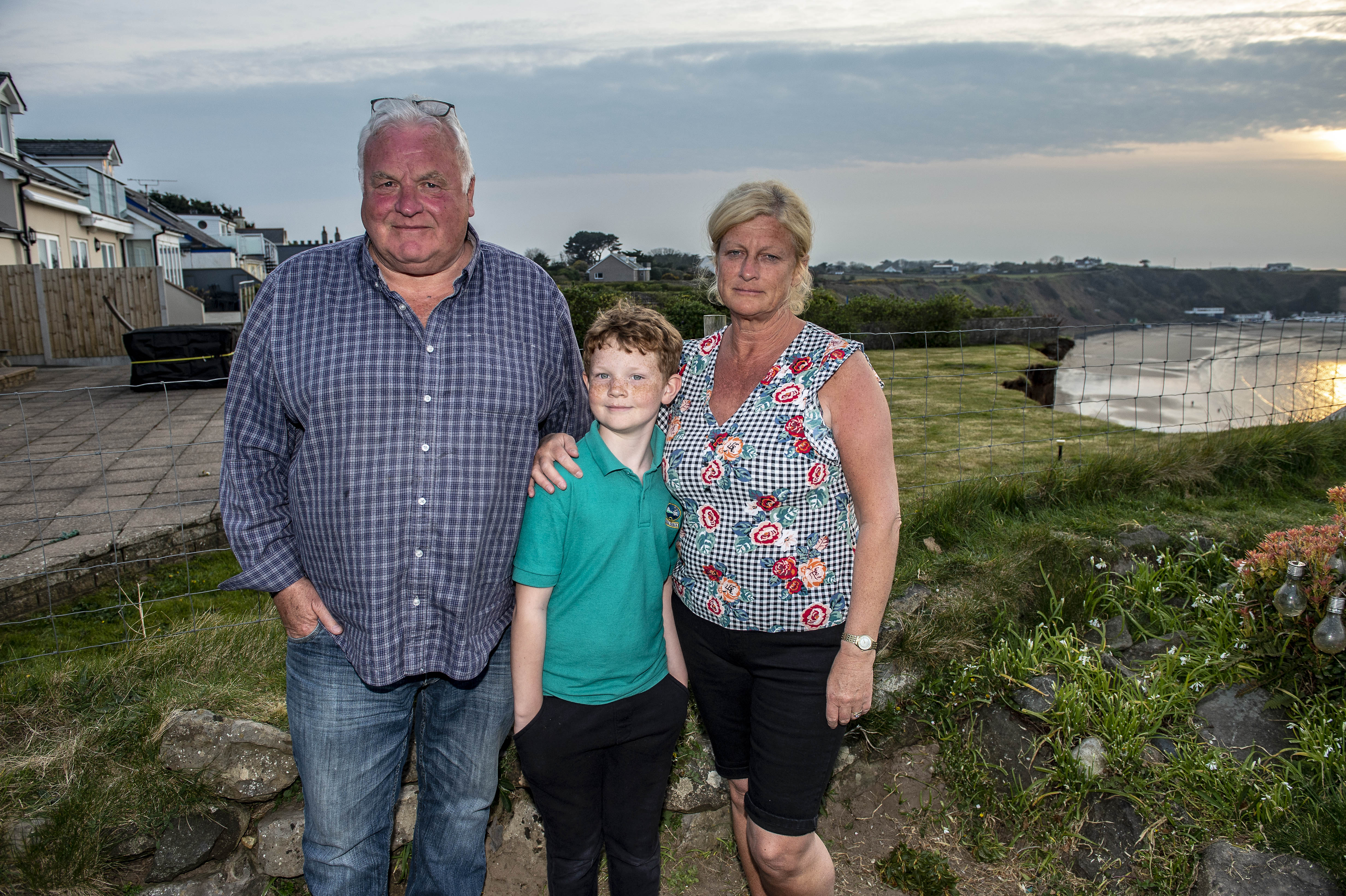 The landslide – which he says happened because the council failed to fully shore up the cliff face – has left a row of five detached homes perilously close to the edge.

“My brother in law was working on our house when it happened and he said he just heard a rumble and the next thing the cliff was down on the beach.”

Mr Jones said a previous landslide around 20 years ago killed a woman walking on the beach.

He said when he bought his home seven years ago he thought the property was safe as the council had shored it up the cliff with huge rocks.

But he said they hadn’t finished the job properly, and the landslide had occurred in a gap where there were no rocks.

Mr Jones and his neighbour are now waiting for a rock engineer to advise whether their homes are safe.

Walkers on the beach also told how they had a narrow escape when the landslide occurred.

Hairdresser Christian Pilling said: “We’d just gone down for a walk and turned round and had the shock of our lives.

“I don’t think anyone was on the beach. We’d gone down there about half an hour after it happened. It’s a good 40 metres wide but hard to tell – it is so big.”

Pal Elise Leyshon said if it had been busy as on Sunday “they would stand no chance”. 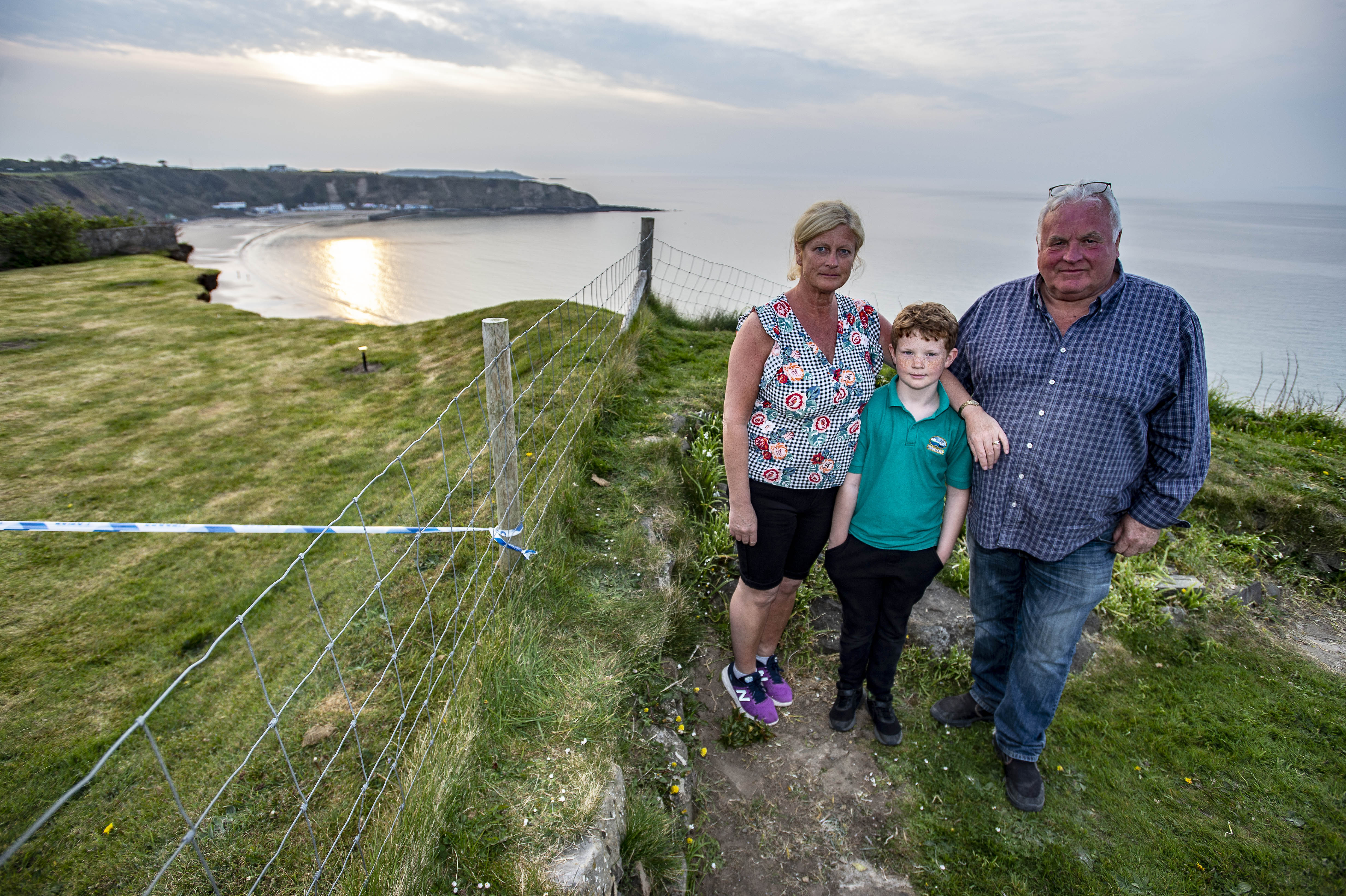 Melvin is waiting for an engineer’s report to see whether the home is safeCredit: © Andrew Price / View Finder Pi

“I have spoken with the local councillor, Gruffydd Williams, and Cyngor Gwynedd officers to ascertain that a specialist assessment will be made regarding the condition of the cliffs, and to advise nearby residents about how best to remain safe.”

Experts said then that the recent warm days and cold nights had caused cracks that were already there to get bigger, meaning parts of the cliff face fell away. 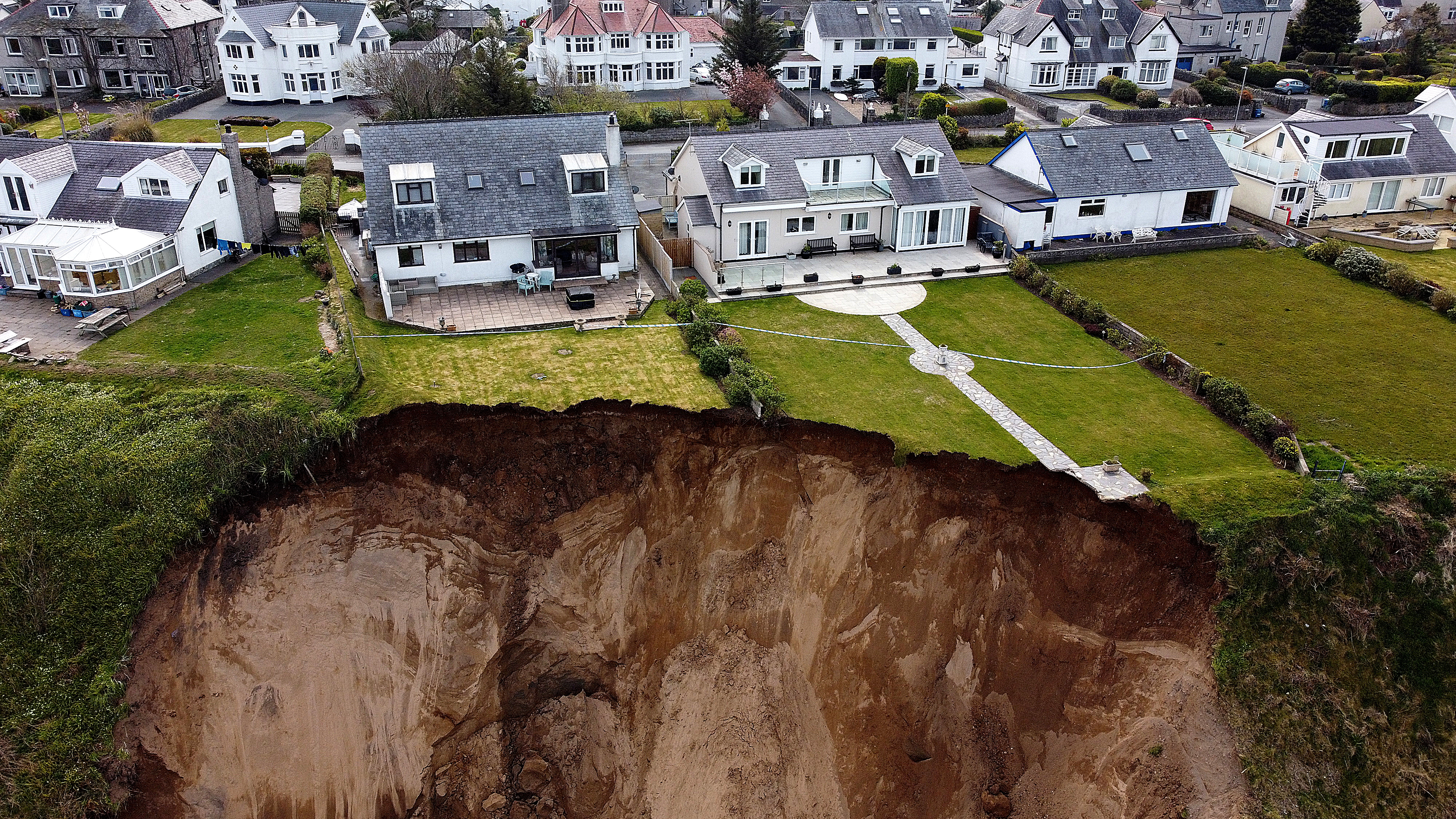 Tons of earth and rock fell in Nefyn, Gwynedd, on Monday morningCredit: Reuters 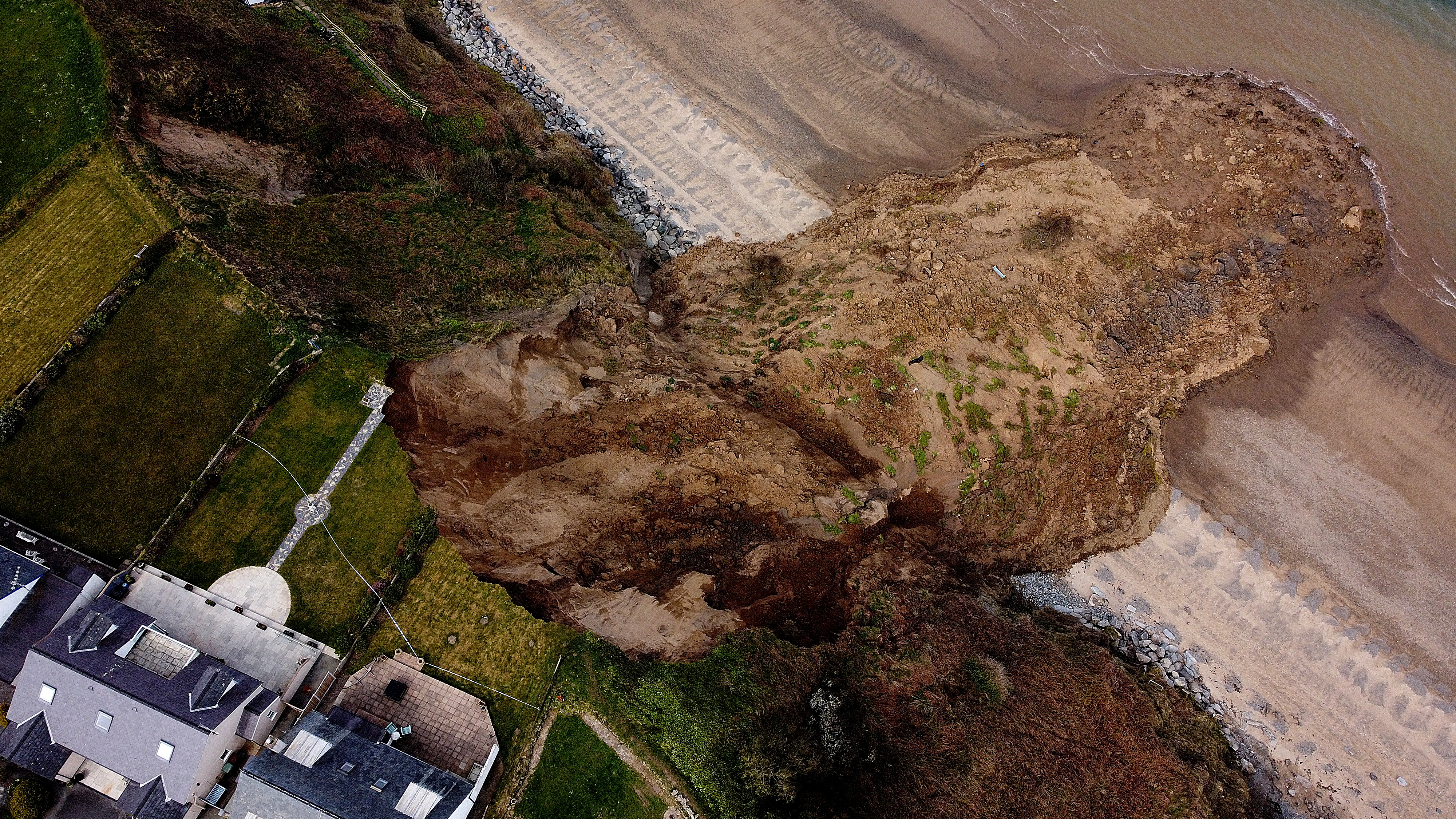 Melvin said the 40yd-wide landslide wiped out the garden of his neighbour’s houseCredit: Reuters 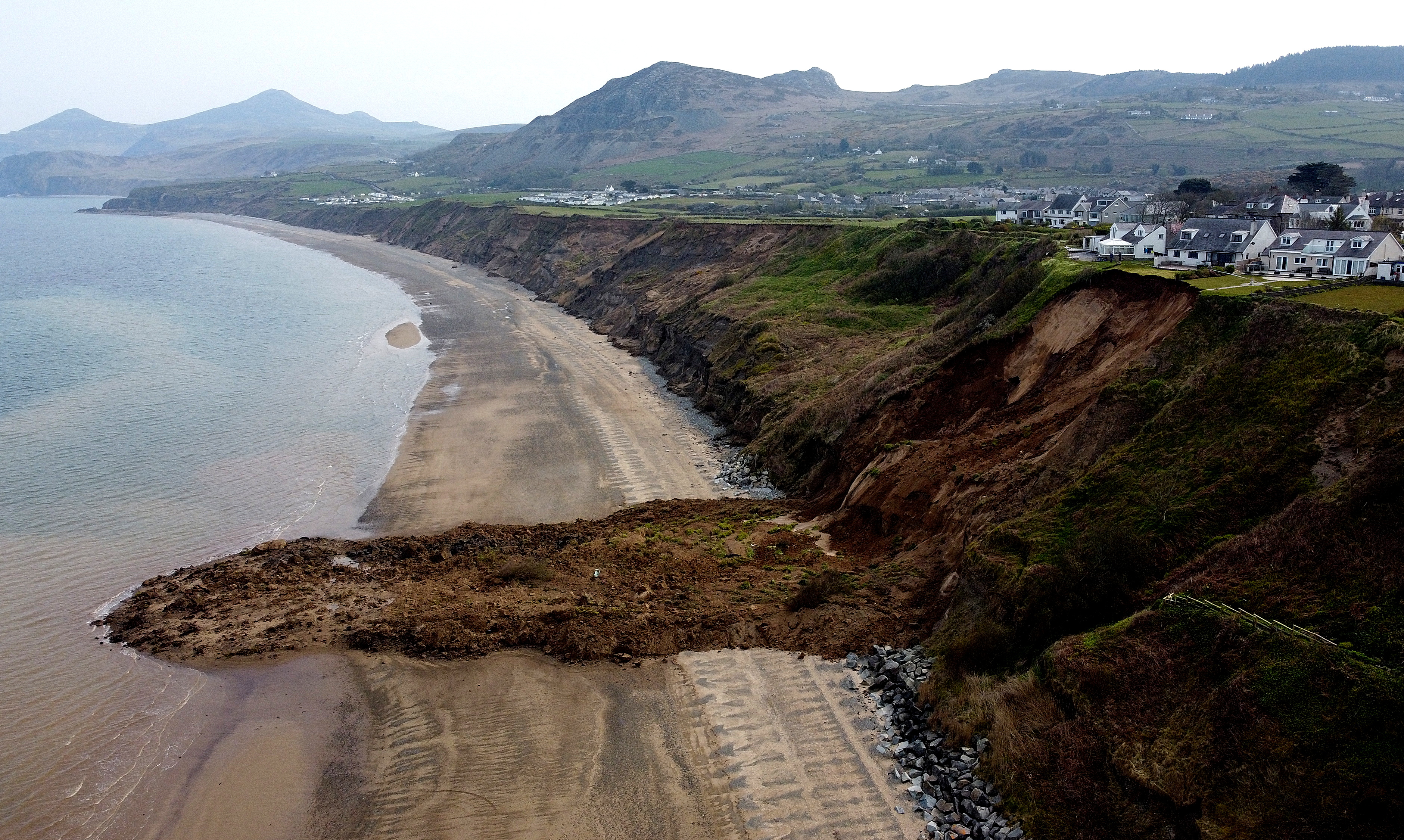 Walkers on the beach told how they had a narrow escape when the landslide occurredCredit: Reuters