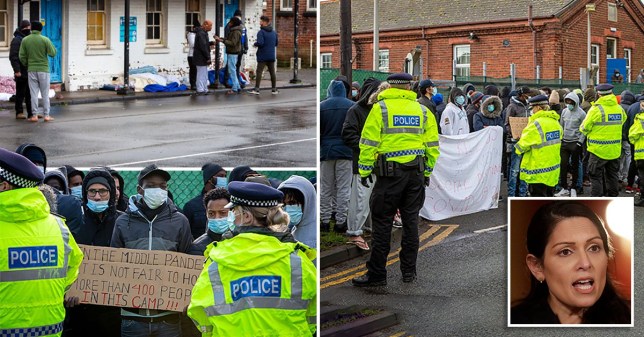 The Government is guilty of not investigating deaths that happen in detention (Picture: Getty Images)

The Home Office is in breach of human rights rules because it did not investigate deaths that happened in detention, a court has ruled.

The department tried to deport Nigerian asylum seeker Ahmed Lawal before he was due to give evidence about his friend Oscar Lucky Okwurime, who died of negligence while in detention.

Mr Okwurime was in detention at Harmondsworth immigration removal centre when his blood pressure reading showed hypertension on August 22, 2019.

According to its own healthcare policy, the Home Office was supposed to repeat blood pressure tests and make sure Mr Okwurime was okay.

But they failed to do this and Mr Okwurime died from a stroke which can be caused by hypertension, at the age of 34 on September 12, 2019.

Mr Lawal was called as a witness in the investigation into how his friend died but just five days later, the Home Office tried to deport him. The department also made no effort to secure evidence before the deportation, an inquiry later heard.

The case was taken to the high court and the judge prevented Mr Lawal’s removal in time.

Mr Lawal eventually gave evidence last November and the court found that Mr Okwurime died of unnatural causes, as a result of neglect from the Home Office. 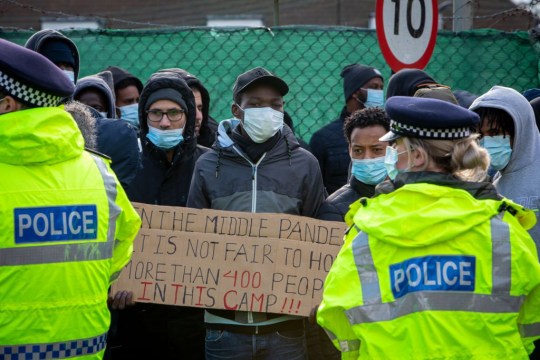 Asylum seekers have long protested against the conditions they are kept in while in detention (Picture: Getty Images) 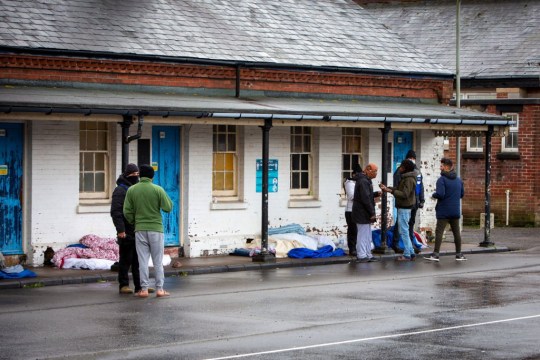 The Home Office was found to have a deficient policy when it comes to securing evidence about deaths in detention (Picture: Getty Images)

‘Despite a tragic death within a detention centre, the home secretary did not hesitate to maintain her plan to remove potential witnesses by charter flight, ignoring anyone who wished to come forward to give evidence.’

On Wednesday, two immigration judges found that the attempt to remove Mr Lawal was unlawful.

They also found that policy was ‘legally deficient’ with its lack of guidance over what to do when a death in an immigration centre is considered unlawful. 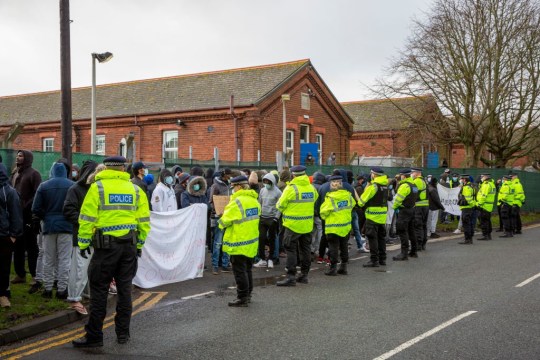 A court found the Home Office to be guilty of neglecting someone in its care (Picture: Getty Images)

A different policy was also found to be unlawful because it did not efficiently secure evidence from witnesses of death in detention.

The court ruled that the Home Office is not allowed to undermine inquiries into deaths.

Since 2000 there have been 38 deaths in immigration detention, 16 of which were self-inflicted, 17 of which were not, two of which were homicides and two that have yet to be classified, according to the charity Inquest.

The Home Office said: ‘Every death in detention is a tragedy and we are fully aware of the lasting impact this can have on family and friends. Deaths in detention are relatively rare and are referred to police and the prisons and probation ombudsman for investigation.

‘We have noted the judgment and will be refreshing our current processes, such as introducing a new checklist to ensure that all potential witnesses are identified.’